Due to the Russo-Ukrainian war, Egyptians say goodbye to the Ramadan holidays 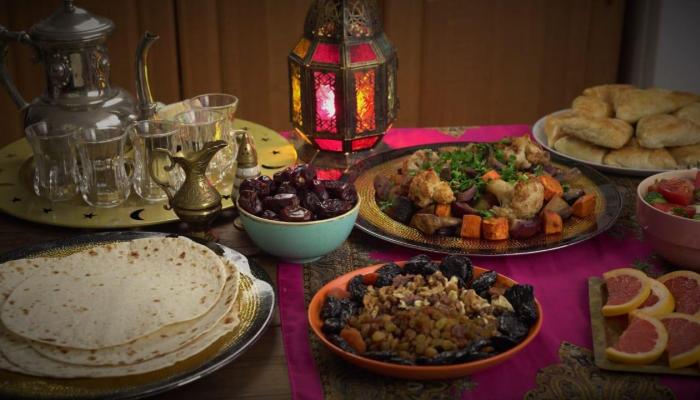 A few days separate us from the holy month of Ramadan, and unlike what Egyptians are used to every year of thinking and preparing for the holidays, they are concerned about another matter that worries them.

The wave of high food prices sweeping the markets in the context of the Russo-Ukrainian war crisis, especially the rise in the prices of flour, non-subsidized “tourist” bread, oils, rice , chicken and meat, in addition to the increase in the prices of yamish, which is a mainstay of all foods during the blessed month.

Shaima Muhammad, a housewife, said the price increase was swift and surprising, as 1,500 pounds (about $95.4) was enough for her to buy a list of her food items that would feed her household for a month. long enough to buy even half the list.

The forty-year-old, mother of three daughters, added in her interview with Agence France-Presse: “The situation is crazy… only 15 days since I was in the markets buying my necessities and the prices were not as hot as today.” . .. What happened?”

What happened is the repercussions of the Russian-Ukrainian conflict, which escalated to a state of war with the launch by Russia of its military operation since last February 24, which caused a record wave of rising food prices. worldwide, according to the Food and Agriculture Organization of the United Nations. of the United Nations (FAO).

And last week, the Egyptian Statistics Authority announced that the annual inflation rate in Egypt had risen to 10% for the month of February, registering the highest rate since mid-2019, due to rising food prices and beverages by 20.1%, above which are vegetables, fruits, bread and cereals. .

Shaima, who lives in a neighborhood of Old Cairo, in central Cairo, notes that the price of a kilo of chicken, for example, rose to 35 pounds ($2.33), from earlier this month it ranged from the 20 and the 27 pounds. .

And it continues that bread and rice, which are among the most consumed products among all categories of Egyptians, also increased in price, so that the loaf reached one and a quarter pounds instead of one, while rice registered the price of 11 or 12 pounds. per kilogram instead of eight pounds.

As the month of Ramadan approaches and Egyptian markets are decked out to receive customers, it is feared that the picture will change this year due to the wave of high prices that hit the products of the most populous Arab country.

Egyptian Finance Minister Mohamed Maait confirmed earlier this month that the Ukrainian crisis will have repercussions on the country, noting that “the item of wheat (supply) in the state budget will increase by 15 billion pounds (around 1 billion pounds). of dollars)”.

The Egyptian government subsidizes the supply of raw materials in its general budget with more than 87,000 million pounds (about 5,500 million dollars), of which it represents more than 57% of the subsidized bread.

A report by the Middle East Research Institute published on March 3 indicated that the war in Ukraine “threatens the supply (of goods) to Egypt, because 85% of its wheat comes from Russia and Ukraine, as well as 73% from their sunflower oil”.

Is the need for a new IPO necessary?

During the last few days, some economists expected a new round of floating of the local currency in Egypt “in the face of the increase in the prices of raw materials and food and the possible drop in the number of Russian tourists”, according to a report from the bank. of investment “JP Morgan”.

“We anticipate that there will probably now be a need to depreciate the exchange rate,” the bank said.

Egypt witnessed a local currency float in 2016, causing the pound to lose nearly half its value against the US dollar, as part of a government-initiated economic reform program that saw it gain a loan from the International Monetary Fund. worth $12 billion.

Price of a loaf of bread

The Egyptian government pays close attention to the crisis of high food prices in a country where the poverty rate is around 30%, according to official data.

As a result, Sisi ordered his government, according to a statement from the Egyptian presidency on Tuesday, to “price a free unsubsidized loaf of bread to reduce its high price,” provided that regulatory authorities control the price. The government originally sets the price of the subsidized bread.

Al-Sisi’s decision came after some private bakeries raised the price of a loaf of bread without checks.

During its meetings, the government warned traders not to manipulate prices. Prime Minister Mostafa Madbouly stressed last week that “there should be no exaggeration or exploitation of circumstances.”

Madbouly called on Egyptians to “rationalize the consumption of all basic products.”

The police recently carried out intensive campaigns that revealed “retention of food products, sale at a price higher than the official price and confiscation of subsidized products”.

However, a marketing manager at one of Egypt’s food import companies, Islam Mohamed, told AFP that the reason for the price increase is not limited to monopoly. “There is an increase in the costs of loading and unloading goods from Europe, for example, by up to 30% due to the increase in oil prices.”

The Russian-Ukrainian war caused a sharp rise in oil prices in the world, so that the price of a barrel of Brent crude exceeded 110 dollars.