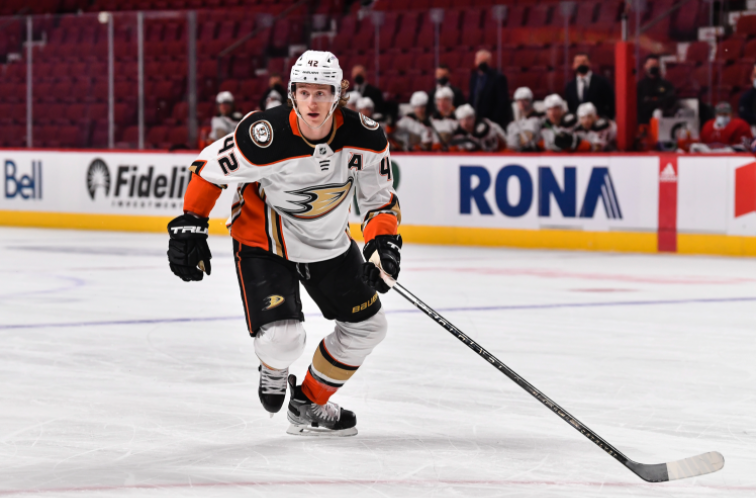 The first domino has fallen.

ESPN’s Kevin Weekes was first to report that the Anaheim Ducks sent defenseman Josh Manson to the first-place Colorado Avalanche. In exchange, the Ducks will receive defensive prospect Drew Helleson and a second-round draft pick.

A pending unrestricted free agent, Manson has been considered one of the best rental defenders on the trade market in recent weeks and months. His numbers aren’t very impressive from a production or shooting and goal percentage standpoint, but he has put up big minutes for the Ducks for most of the last eight seasons.

Manson is in the final season of a contract that pays him $4.1 million a year. Anaheim will retain 50 percent to facilitate the deal.

It seems clear where he fits into Colorado’s ultra-talented defensive core: He’ll slot behind Cale Makar and Devon Toews in a second pairing with Samuel Girard. Ryan Murray and Erik Johnson currently retain middle pair responsibilities with Girard out with injury, and will likely be relegated to the third pair to fill out the Avalanche’s core core.

Colorado, in some ways, has been downplaying a terrific tour-ready defenseman this season after trading Ryan Graves to the New Jersey Devils in the offseason.

On the other hand, Helleson is in his third season with Boston College after being selected 47th overall in 2019. He has represented the United States at multiple levels of international play, including the World Juniors in 2021, where he was a teammate. teaming up with Ducks rookie star Trevor Zegras. .

Anaheim likely isn’t done moving bodies in its ongoing rebuild. Rumor has it that Hampus Lindholm, Rickard Rakell and Max Comtois could be trading chips.