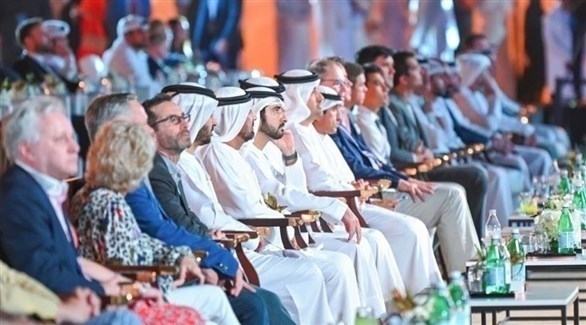 The Crown Prince of Dubai, Sheikh Hamdan bin Mohammed bin Rashid Al Maktoum, stated that the United Arab Emirates continues to embrace the world and motivate its steps in various areas of development, development and improvement of the quality of life, leading to a better and more beautiful tomorrow for all, so that good and happiness permeate all parts of the earth.

Sheikh Hamdan bin Mohammed bin Rashid Al Maktoum extended his warm welcome to all the participants in the 26th edition of the Dubai World Cup, including horse owners, trainers and elite jockeys who came to Dubai as guests of honour.

Hamdan bin Mohammed attended the reception, which was held today Thursday at Dubai’s Burj Khalifa park, in honor of the guests of the cup, who came to Dubai from all over the world to participate in this exceptional version of the cup. , with a total prize pool of 30.5 million dollars, to be among the richest and most prominent in the world, and this is ahead of the event that is expected to start next Saturday, on the Meydan track, with a large crowd.

Sheikh Hamdan bin Mohammed bin Rashid Al Maktoum honored the sponsors of the 26th World Cup in Dubai, where he honored Emirates Airlines, the main sponsor of the cup race, with a prize of $12 million. The honor was received by the Chairman of the Dubai Civil Aviation Authority, the Supreme Chairman and CEO of Emirates Airlines, Sheikh Ahmed bin Saeed Al Maktoum.

This is the first time that the welcome reception for the guests of the Dubai World Cup has been held in the Burj Khalifa park, the place chosen for its uniqueness as it is located next to the tallest building in the world, a symbol of pride of the United Arab Emirates and its permanent ability to overcome all challenges, which is what is evident in hosting this great world event, which is awaited by millions of horse racing enthusiasts around the world, who are eager to follow it on the main satellite television channels. screens broadcasting the event live to various countries around the world due to its importance, and an affirmation of Dubai’s continued role as a major and influential driver in the International Horse Sports Arena.