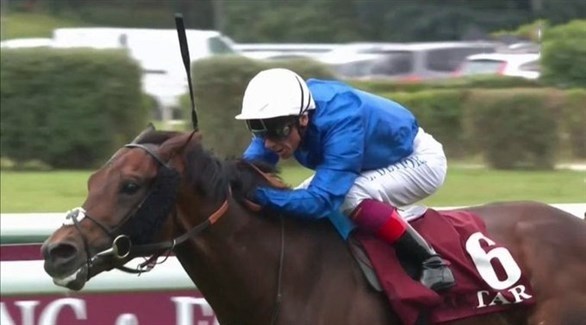 The Dubai World Cup draw awarded Godolphin’s “Real World” the “sixth gate”, which ranks as the best gates to start in the main race of the 2022 Dubai World Cup in its 26th edition, which begins next Saturday night, with a The total prize money amounts to 30.5 million dollars, of which 12 million correspond to the main race, which is sponsored by Emirates Airlines and will have the participation of 11 of the best horses in the world.

The draw ceremony for the main round of the Dubai World Cup First Class, in addition to the draw for another 4 rounds, took place this afternoon, at the Dubai Opera, in the promotional initiative decided by the organizing committee in the new version , to celebrate the draw at “Dubai Opera”, one of the most famous artistic monuments in Dubai, which mixes tradition and modernity.

The draw ceremony was attended by the Chairman of the Board of Directors of Dubai Racing Club and Dubai Equestrian Club, Sheikh Rashid bin Dalmouk Al Maktoum, members of the Board of Directors, a large number of participating horse owners, trainers and representatives of government agencies. , the organizing partners of the event, the sponsors of the event and the sponsors of the races.

The draw for the main round, involving 11 horses from the Emirates, the United States, Saudi Arabia, Brazil and Japan, was conducted in a fair and innovative manner, where an Emirates stewardess draws a ball containing the name of the participating horse, before the chosen horse trainer or his representative, in the choice of a model of the Burj Khalifa that contains the door number on the track.

The “hypothetical” horse, owned by Sheikh Hamdan bin Mohammed bin Rashid Al Maktoum, had the opportunity to start from gate No. 10, while Godolphin’s “real world” starts from gate 6, which is classified as the best gate, and Magni Corse, one of Godolphin’s horses. Also from Gate 9, and “Remors” for Al-Rashid’s stables from Gate 11.