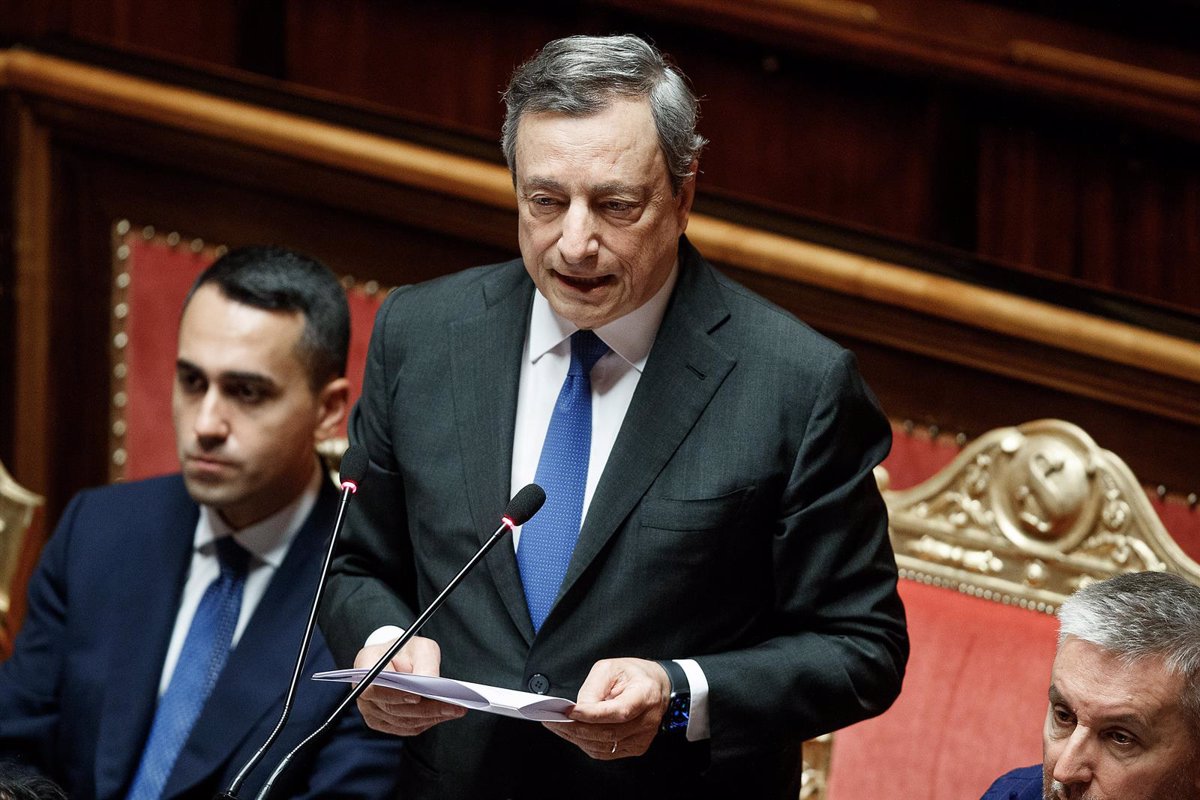 Italy’s Prime Minister Mario Draghi, who tendered his resignation last week after the 5-Star Movement failed to appear in the Senate confidence vote, has shown this Wednesday that he is prepared to remain in office should problems arise are resolved disputes within the governing coalition.

“A firm and coherent government is necessary. Italy needs a concrete and sincere development pact,” said Draghi, who has asked Parliament for “support” for the executive and “mutual respect” for the role of each of them. “Italy does not need a façade of confidence that fades when untimely action is taken,” he said.

“We need a sincere and concrete pact of trust, like the one that enabled us to change the country for the better. To the parties and parliamentarians: are you ready to rebuild this pact?” he asked himself during an appearance before the Senate. the Italian newspaper ‘La Repubblica’ has also picked up on this.

He explained that the “painful” decision to resign was due to the “failure of the majority of national unity”, before stressing that the vote on the confidence motion “cannot be ignored”. “It’s not possible to minimize it as it comes after months of tears and ultimatums. The only way, if we are to move forward together, is to rebuild this pact with courage, altruism and credibility,” he argued.

“The Italians are particularly demanding of it. The mobilizations of the last few days are unprecedented and it is impossible to ignore them,” he stressed, stressing that “in recent months national unity has been the best guarantee of the legitimacy of democracy and the effectiveness of this executive”.

“I believe that a Prime Minister who has never addressed the electorate must have the widest possible support in Parliament. This is all the more important in an emergency context where the government has to make decisions that will profoundly affect the lives of Italians,” he pointed out, before reminding the parliamentarians who fill their seats by decision of the Italians. “There is an answer for all Italians,” he stressed.