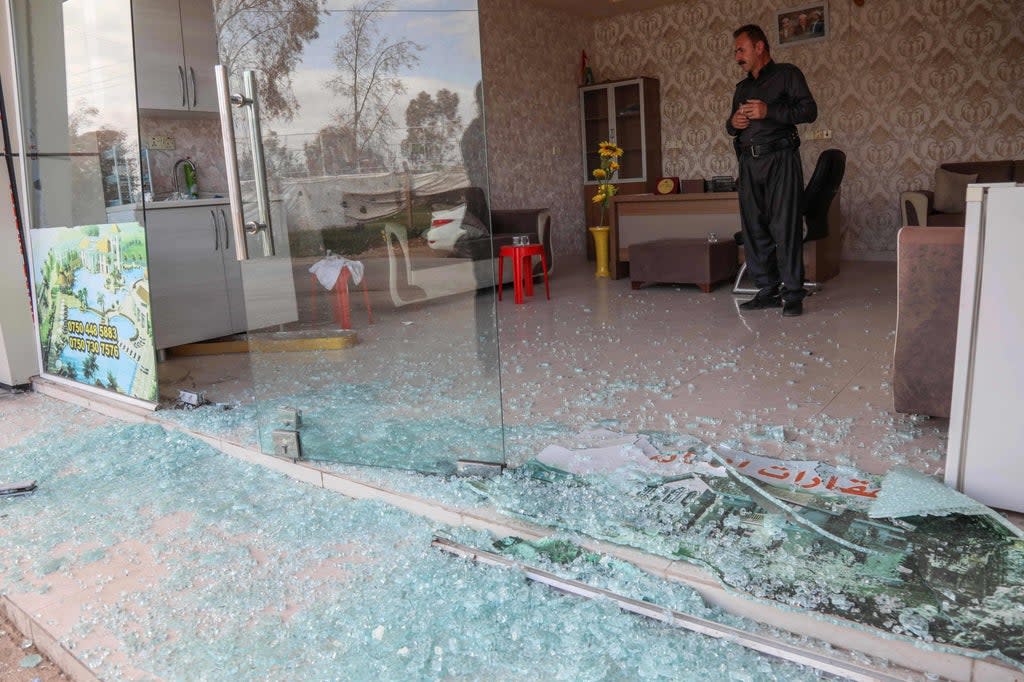 A dozen ballistic missiles slammed into the Iraqi city of Erbil in the northern Kurdish region on Sunday, striking near a US consulate complex, officials said Sunday.

The head of Kurdistan’s foreign media office said none of the missiles hit the US facility, but the areas surrounding the compound were hit. Authorities added that no casualties were reported in the incident. The consulate building is new and unoccupied.

Speaking to the Erbil-based Rudaw broadcaster, Governor Omed Khoshnaw said it was a terrorist attack on the US consulate.

US defense officials also condemned the attack, calling it “outrageous.” However, they said the number of missiles fired was still unclear and there was no indication the consulate building was the target.

In a statement on Twitter, Iraqi Prime Minister Mustafa al-Kadhimi said: “The aggression that targeted the beloved city of Irbil and spread fear among its inhabitants is an attack on the security of our people.”

In a Facebook post, Barzani said Erbil “will not bow down to the cowards who carried out the terror attack.”

There is an escalation of tensions between the United States and Iran. Hostilities between the two countries have often played out in Iraq, whose government is allied with both countries.

The US presence in Iraq came to a head in January 2020 when a US drone strike near Baghdad airport killed top Iranian general Qasem Soleimani.