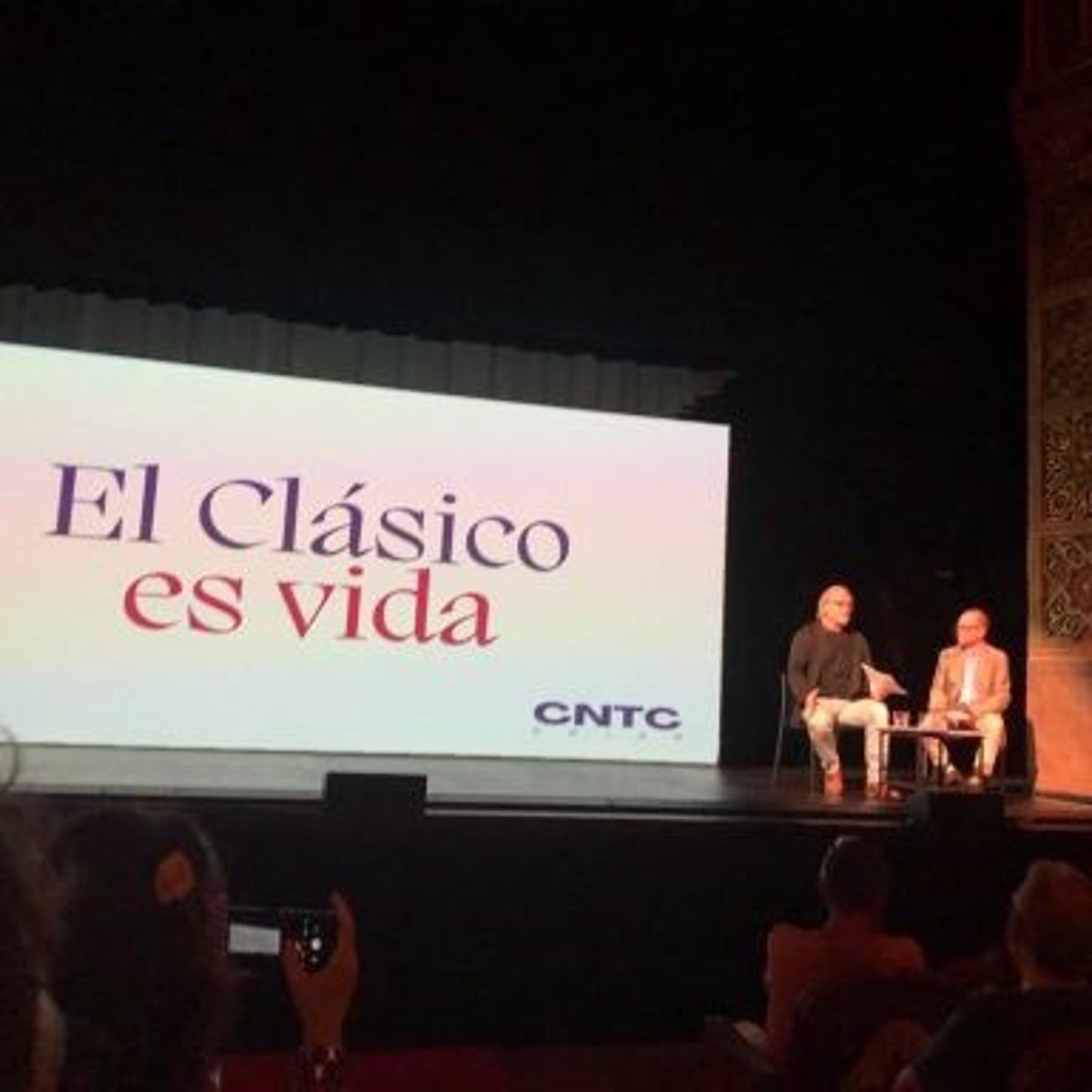 The National Society of Classical Theater (CNTC) presented its new program for the 2022/2023 season this Thursday at its Comedy Theater headquarters, which will have its epicenters ‘Don Juan’ Nice Calderon de la Barcawith a total of thirteen shows, twelve of which are absolute premieres and four of which are self-produced, six are co-produced and three by guest companies.

In addition, there are already confirmed tours of 35 cities with the aim of bringing the scenic heritage closer to different parts of Spanish geography.

The two epicenters of the 2022/2023 season of the National Classical Theater Company, presented at a press conference chaired by the Director of the CNTC, Lluís Homar, and the Director General of the INAEM, will allow, as Lluís Homar has highlighted: “Journey to its origin, its vicissitudes and its resonances in the present” through some of the most emblematic characters of the collective memory.

“Our classics are incomparable travel companions on the search for happiness. They give us their experience, their memory or their validity‘ Homar pointed out.

For his part, the director of the INAEM highlighted the intensity and quality of the artistic activity of the CNTC, saying “this historic public theater that allows citizens to use and enjoy the richness of our classic theater with rigorous shows with excellence as the flag..

The Comedy Theater will host ten shows where heritage and contemporary dialogue again through the classic works that will be performed in the main hall and the new titles that inspire them and that we can enjoy in the Tirso de Molina hall .

“THE BURLADOR OF SEVILLA”, ON SEPTEMBER 30 IN THE LARGE HALL

The program in the large hall begins on September 30th with the myth of Don Juan “The Trickster of Seville”traditionally attributed to Tirso de Molina, a CNTC co-production with the Grec 2022 Festival of Barcelona, ​​directed and covered by Xavier Albertí.

And from April 13 to June 4, one of the most important and at the same time little-known playwrights of the Golden Age will be exhibited for the first time: Ana Caro de Mallén and her work “Valor, grievance and woman”a company production directed by Beatriz Argüello and version by Juana Escabias.

Parallel to these productions, their respective contemporary dialogues will also be presented in the Sala Tirso: “The Place and the Myth”an intervention that combines different arts, directed by Paola de Diego and dramaturgy by Paola de Diego, Luna Miguel and Luis Sorolla, between October 6 and November 13, 2022, and “male screams”directed by Alberto San Juan, between May 4 and 14, 2023.

Likewise, it will also be possible to see the Autosacramental in Sala Tirso between May 25th and June 4th, 2023 “Life is a Dream”. The respective contemporary dialogues are also programmed in this room: “Segismundos”.

“The Art of Seeing”an integrative play based on the protagonist of the Calderón play, co-produced by CNTC and El Sueño Producciones, with direction and dramaturgy by Antonio Álamo, which will be on the program between January 19 and 29, 2023, and ‘to have been born’, an approach from the choreographic language to this essential title of the golden theater. This CNTC and Mal Pelo co-production is directed by María Muñoz and Pep Ramis and will be on view from February 9th to 19th, 2023.

In addition, the audience can see two other productions in the Great Hall: “We said yesterday, we say today”, by Fray Luis de León, directed by Emilio Gutiérrez Caba, a Salvador Collado (EUROSCENA) production, a one-time performance on February 6, 2023; and “The Journey of the Fierce Monster”, directed and version of Rafael Álvarez ‘El Brujo’a Management and Production Bakty, SL production scheduled from March 9th to 26th, 2023.

The company, which ended its previous season with an occupancy rate of over 80% at the Comedy Theater and toured more than 140 performances, continues its firm commitment to be present throughout the national territory.

THREE PREMIERE OUTSIDE ITS HEADQUARTERS

Away from the headquarters, on the other hand, presents three premieres: ‘Four Savages Dressed in Ivy Green’an educational project co-produced by CNTC and Ventriculo Veloz, directed by Jose Padilla, which will visit various colleges; “The Discreet Lover”, by Lope de Vega, an own production directed by Lluís Homar and performed by the new class of the Joven Compañía Nacional de Teatro Clásico; Y ‘Life is a game. Hors d’oeuvre party’ for all viewers, a family production directed by Juan Berzal and dramaturgy by Ultramarinos de Lucas, co-produced by CNTC and Ultramarinos de Lucas.

Also coming next season is a new grant from the Young National Classical Theater Company (JCNTC), a pool of professionals specializing in representing classical authors who have already established themselves as artistic and educational benchmarks in our scene.

From a total of 960 applications registered in the public tender and after a selection process in three phases (creating a video, some auditions and a selection workshop); The twelve people who will make up the sixth promotion of the JCNTC have already been chosen: Íñigo Arricibita, Xavi Caudevilla, Cristina García, Ania Hernández, Nora Hernández, Antonio Hernández Fimia, Pascual Laborda, Cristina Marín-Miró, Felipe Muñoz, Miriam Queba , Maria Rasco and Marc Servera.

In a few weeks, the company’s summer headquarters will host this premiere event, which will be attended by such eminent names as Dani Espasa, Núria Espert, María Hinojosa, Carlos Hipólito, Lluís Homar, Natalia Huarte, Blanca Marsillach and Adriana Ozores. In addition, this commemoration continues with an exhibition that opens the season at the Teatro de la Comedia.

In addition to this show, the CNTC is organizing two other exhibitions this season: Calderón and Painting, an itinerary of exhibitions inspired by the perspective of Pedro Calderón de la Barca, organized by the CNTC and the Prado National Museum; and The Place of Myth, which can be visited in the foyer of the Teatro de la Comedia.