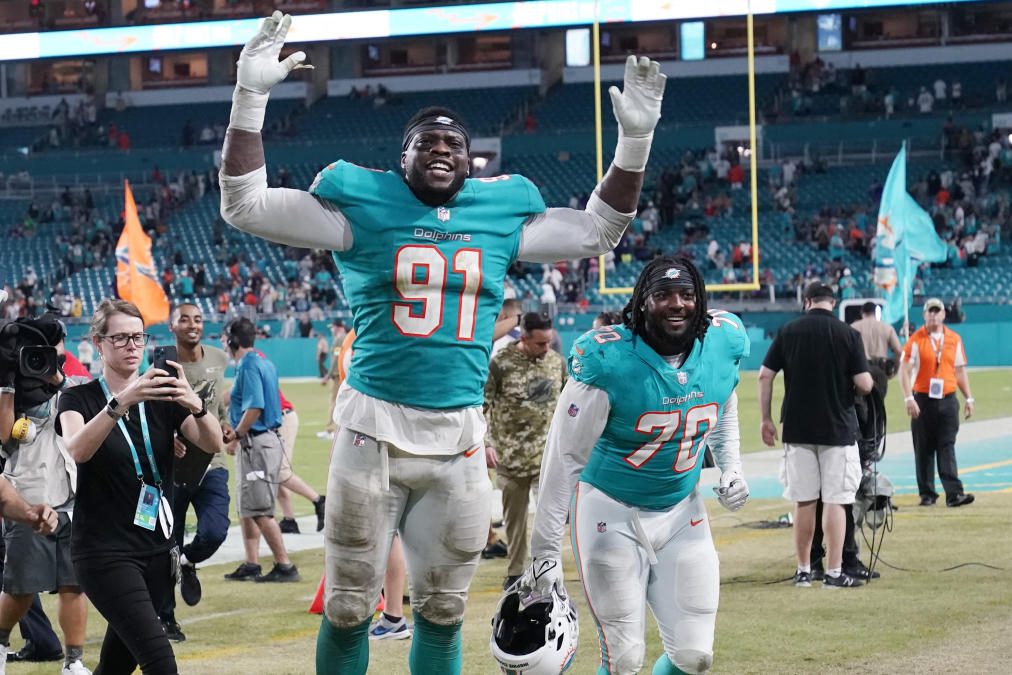 Among the wishes for the Miami Dolphins in free agency: keep pass-rusher Emmanuel Ogbah, plus add a running back.

It didn’t take the Dolphins long for both to happen.

Ogbah agreed to a four-year deal that could be worth $65 million, and running back Chase Edmonds agreed to a two-year, $12.6 million deal. Both moves were confirmed by agent Drew Rosenhaus, who represents both players.

Ogbah, who is guaranteed $32 million, can sign at any time since he returns to the Dolphins, who have plenty of cap space. Edmonds, who receives about $6 million in guaranteed money, can’t sign before Wednesday.

In each of his first two seasons with Miami, Ogbah had nine sacks. Dolphins general manager Chris Grier revealed earlier this month that he had multiple conversations with Rosenhaus about a new deal, indicating Miami wasn’t going to let Ogbah get away easily.

“Those happened throughout the course of the season,” Grier said earlier this month. “We talked to him at various points in the season. We know what he is he is, he is a good guy, good player, good person, he meets all the criteria that we look for and he has done a good job for us for the last two years.”

The improvement at running back was crucial after the Dolphins ranked 30th in the NFL out of 32 teams in rushing last season. Miami was the only team in the league not to have a 30+ yard rush.

Edmonds appeared in 57 games during his first four NFL seasons, all with Arizona, which agreed to bring back Pro Bowl RB James Conner on a three-year deal Monday, rewarding him for his franchise-record 18 total touchdowns the season. pass.