“Do not plan to invade other countries” 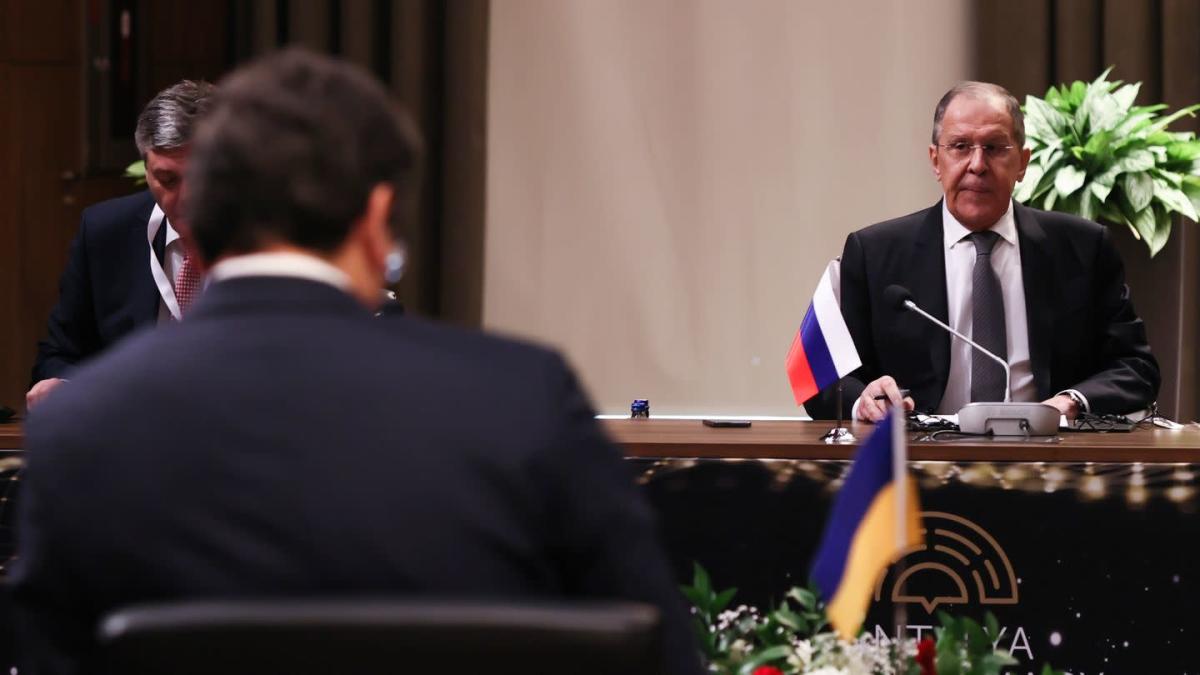 Antalya (dpa) – In the war in Ukraine, no path to peace is in sight, even after a high-level arbitration attempt. A meeting between Ukraine’s Foreign Minister Dmytro Kuleba and his Russian counterpart Sergey Lavrov in Turkey did not bring any significant progress.

Two weeks after the start of the Russian attack on the neighboring country, it was not possible to agree on at least a temporary ceasefire or more escape corridors. The European Union wants to discuss the situation at a summit in France in the evening.

Despite the lack of progress, Turkey’s Foreign Minister Mevlut Cavusoglu, present at the meeting as mediator, was cautiously optimistic afterward. “Nobody expected that this meeting would solve all the problems, but we had to start.” The meeting took place in “difficult weather” but was civil, Cavusoglu said.

From the start of the war, negotiators had talked of a temporary ceasefire. However, the meeting of foreign ministers in Turkey was the first high-level negotiation attempt.

Ukraine had made it clear that, in principle, they wanted to talk about ways to end the conflict. Lavrov, on the other hand, later explained that the proper forum for this would be the talks that had already started in Belarus, a common neighboring country that is closely allied with Russia.

Lavrov again justified the Russian invasion of Ukraine, claiming that it was not an “invasion”. Russia always emphasizes that this is a “special military operation” to protect the Russian-speaking population and prevent threats to its own security.

“We do not plan to invade other countries. We also did not invade Ukraine,” Lavrov said.

The foreign minister criticized the West for arming Ukraine. Those who sent mercenaries there, for example, are also responsible for the situation in Ukraine. “We want to end this war,” the minister said.

Kuleba: Decisions are made by others in Russia

For his part, Kuleba complained that Lavrov was unable to agree on escape corridors himself, not even for the port city of Mariupol, which was suffering particularly. The Russian Foreign Minister must discuss this in Moscow.

A 24-hour ceasefire was also discussed, but: “We have not made any progress on this issue. Because it seems that these decisions are made by others in Russia.”

However, both Lavrov and Kuleba were in principle ready to continue the talks.

What demands are there in the room?

As a condition for the cessation of fighting, Russia demands that Ukraine declare itself neutral in its constitution. In addition, Kiev must recognize the annexed Black Sea peninsula of Crimea as Russian and the breakaway areas of Luhansk and Donetsk as independent states. Both sides had recently indicated a certain willingness to compromise.

According to Lavrov, Russian President Vladimir Putin also has nothing against meeting with his Ukrainian colleague Volodymyr Zelenskyy. However, this requires some “preparation work”.