Do not give up: the battle for Mariupol continues 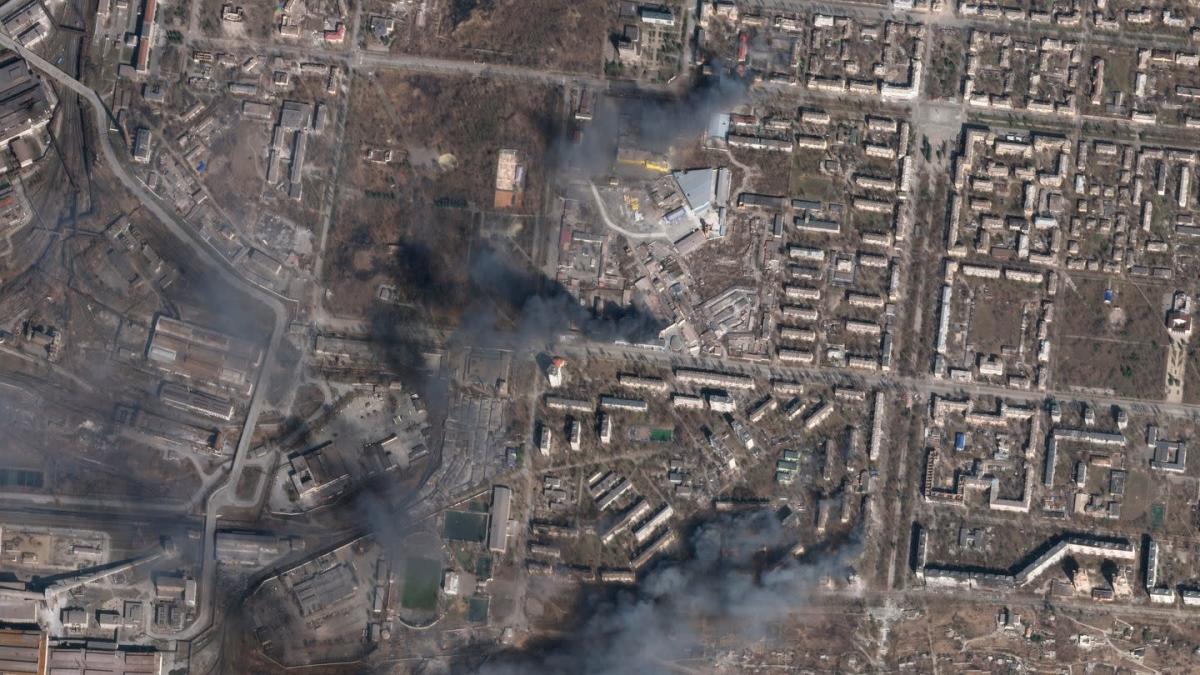 Mariupol (dpa) – At the moment there is no end in sight to the intense fighting in the Ukrainian port of Mariupol, which has been besieged by Russian troops for weeks. On Monday, Ukrainian leaders rejected an ultimatum given by Russian troops to Ukrainians to leave the city unarmed.

“There will be no surrender, no surrender of arms,” ​​Deputy Prime Minister Iryna Vereshchuk told Ukrayinska Pravda. On Sunday, Russia had asked Ukrainian troops to lay down their arms and leave the city in southeastern Ukraine through an escape corridor on Monday morning.

Donetsk’s pro-Russian separatist leader Denis Pushilin told Russian state television on Monday that he did not expect to gain control of the city in “two, three days or even a week.” The city is big. According to this, several thousand Ukrainian fighters are said to be in the city.

Commended by Secretary of Defense

According to Ukraine’s Defense Minister Oleksiy Reznikov, the defense of Mariupol is immobilizing significant Russian army forces. “Thanks to their self-sacrifice and superhuman bravery, tens of thousands of lives have been saved across Ukraine. Today, Mariupol is saving kyiv, as well as Dnipro and Odessa,” Resnikov said in a statement. Fighters from the Ukrainian nationalist Azov regiment inflicted heavy casualties on the Russian enemy, the Mariupol City Council said. The fight for the Ukrainian Mariupol continues.

Moscow State Television war reporters showed bombed and burned houses, crushed cars and other major destruction in the city. According to this, several districts and the Mariupol airport are no longer under the control of the Ukrainian authorities.

According to the Russian Defense Ministry, up to 130,000 residents still live in the city on the shore of the Sea of ​​Azov; it used to be around 440,000. Russia accuses Ukraine of preventing people from fleeing through humanitarian corridors. The Mariupol city council recently accused Moscow of bringing civilians to Russia against their will.

People from the area around Mariupol were to be taken to the southeastern Ukrainian city of Zaporizhia on Monday. Escape corridors for civilians have been established for this purpose, Deputy Prime Minister Wereschtschuk said. The corridors are also used to deliver relief supplies.

The deputy head of the Ukrainian presidential office, Ihor Zhovka, called the Russian attacks on Mariupol “genocide”. Russian rockets would land there every 15 minutes, he told ZDF “Morgenmagazin” according to the broadcaster’s simultaneous translation. Attacks hit civilians every day. “In any case, we urgently need air defense capabilities,” said Schowka, who is in charge of foreign policy affairs in the office of the president. Therefore, Ukraine has asked for support from Germany and other European countries.

The Greek consul in Mariupol, Manolis Androulakis, also took a bitter balance on his return from the Ukraine war zone. “Mariupol will join those cities that were completely destroyed by the war, be it Guernica, Coventry, Aleppo, Grozny or Leningrad,” the diplomat told reporters upon his arrival in Athens on Sunday night.

«There was no longer life, in 24 hours the entire infrastructure was destroyed. Everything was just bombed.” What is happening in Mariupol is a tragedy for both the Russian and Ukrainian people. Androulakis was one of the last Western diplomats to leave the city.