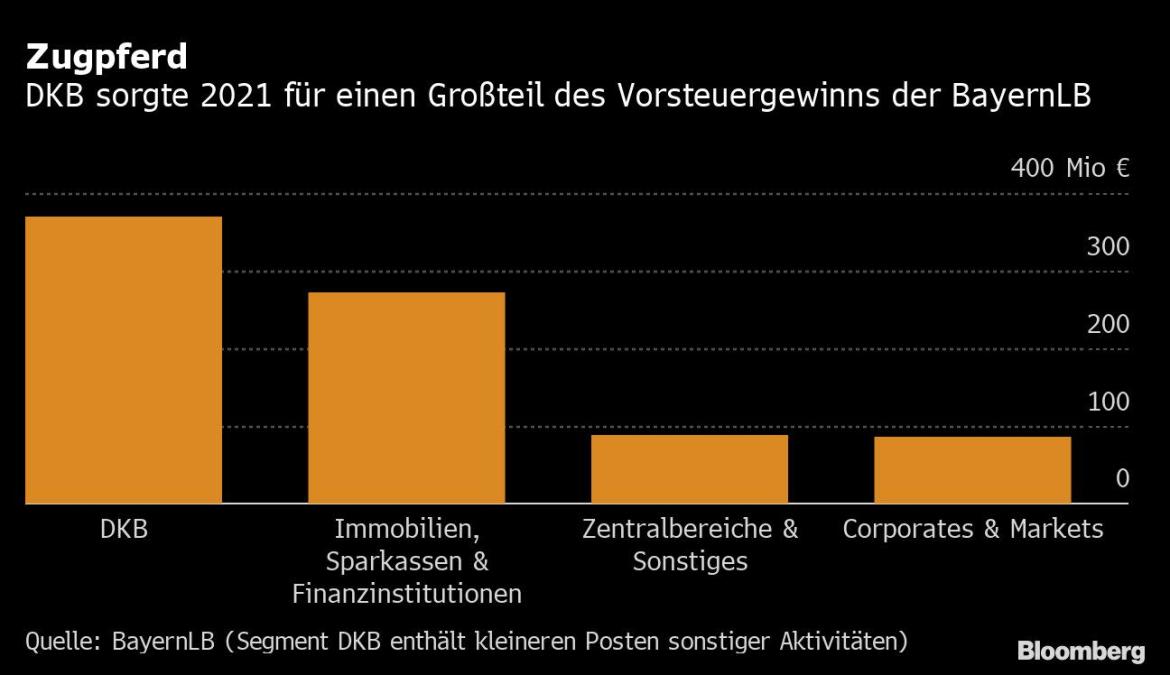 (Bloomberg) — DKB is eyeing potential acquisition targets as it positions itself for a possible sale by parent company BayernLB. At the same time, the bank is reorganizing its product range. However, he initially wants to distance himself from cryptocurrencies.

The current target of 8 million private clients is also based on inorganic growth, CEO Stefan Unterlandstättner said in an interview with Bloomberg News. “I’m sure there will be opportunities there,” he said. More recently, the bank had around 5 million customers.

You can imagine taking portfolios from clients of other banks whose strategy has not worked or has changed. Acquisitions are also possible in the co-branded area of ​​credit cards. According to Unterlandstättner, DKB is already issuing the best-selling wallet of this type in Germany with the credit cards of Deutsche Lufthansa AG.

Berlin-based DKB is the jewel of BayernLB. The Landesbank earned €816m before taxes last year, while the DKB subgroup earned €363m. Earlier this year, Bloomberg reported that BayernLB was reviewing options for its subsidiary. The Landesbank itself said that DKB was an integral part of the group.

“Our task is to expand the options for our mother, for example, to be prepared for a partial IPO if our mother decides to do it later,” Unterlandstättner said.

For the current year, the DKB expects a drop in pre-tax profit due to higher investments, for example, in IT infrastructure, as CFO Jan Walther explained in the same Bloomberg interview. “In the last three years we have already more than doubled the number of our IT experts to 660 now,” he said.

In the medium term, Walther wants to increase fee income to three million euros. Until now, the commissions have hardly played a role in the DKB. While the main account and card offer remains free, customers should, if possible, reserve additional products that are subject to a fee.

At this time, the DKB is in the process of replacing all existing customers’ credit cards with debit cards. If you want to keep the previously free credit card, you must pay monthly fees for it. Apparently more customers choose these options than expected. “We were pleasantly surprised that hundreds of thousands of customers wanted to keep their credit cards to pay,” said Walther.

The relief attracts customers with custody fees on large balances of 0.5% today. Walther promised that the DKB would pass on a possible interest rate hike by the European Central Bank (ECB) to clients one by one. This applies up to a limit of 0%.

At the moment, there should be no offer for customers to trade cryptocurrencies like Bitcoin on the DKB. Both the savings banks and the cooperative DZ Bank are working on projects in this direction.

“We are cautious with cryptocurrencies as they are highly speculative and very volatile. We are not planning any offerings in this area this year, we don’t want to be among the first movers here,” Unterlandstättner said. “If cryptocurrencies were to become established as an asset class, we would certainly consider it again at a later date.”