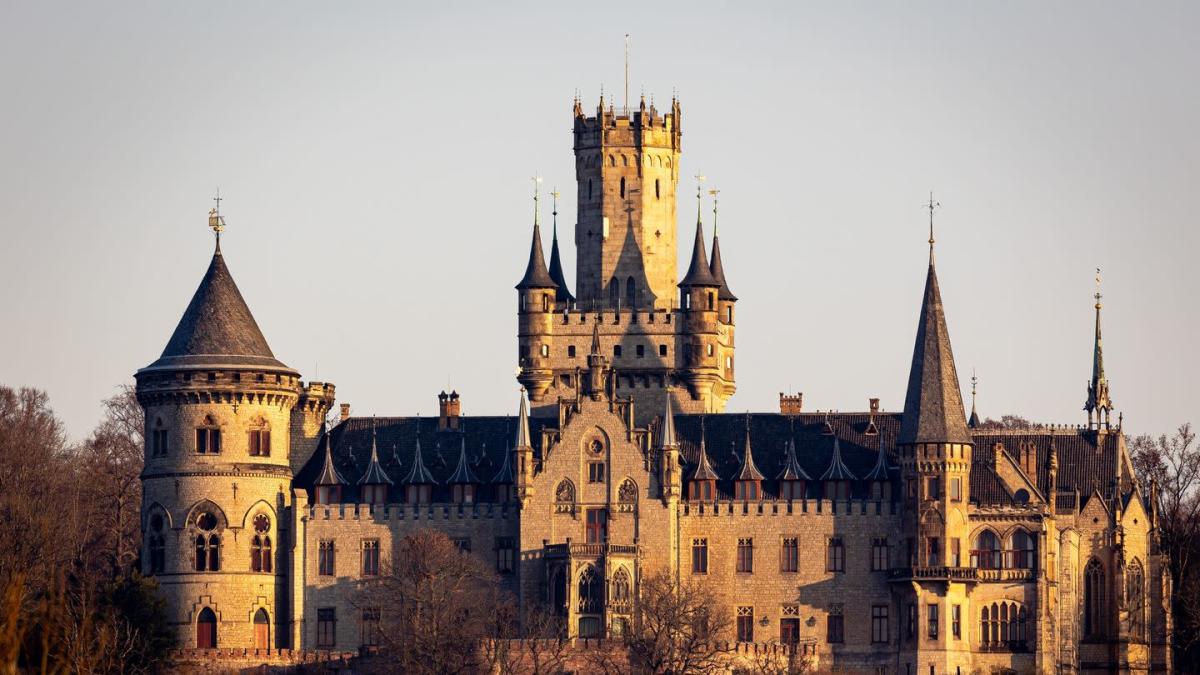 Hannover (dpa) – A soap opera in the evening program would not have made it more enjoyable. A father argues in court against his own son’s, dealing with works of art, antiques, land and a fairy tale castle.

Specifically: the chief of the Guelphs, Ernst August Prince of Hanover, claims Marienburg south of Hanover from his son, Ernst August Hereditary Prince of Hanover, due to “gross ingratitude.” The oral hearing in the Hanover Regional Court is only postponed for several months, but then it arrives. And then the husband of Princess Caroline of Monaco withdrew the lawsuit, shortly before the hearing. The decision will be announced on June 3.

Because the process is not over: Ernst August Senior sold his rights to the EAH BetriebsgmbH from Salzburg, whose lawsuit is pending. However, the president of the competent civil chamber, Stefan Heuer, expressed legal concerns about this assignment: “From today, we would dismiss the lawsuit,” he emphasized. Nor was there “great ingratitude.”

Because that’s exactly what it’s all about: The Guelph chief had demanded the return of the castle, the Calenberg estate in the municipality of Pattensen-Schulenburg and the princely house of Herrenhausen in Hannover. The 68-year-old based his claim on a donation revocation as a result of “gross ingratitude,” unjust enrichment and loss of business foundation. The 68-year-old had given the property to his son in 2004 and 2007 in early succession.

But the judge states in his legal assessment: The Welf chief’s 38-year-old son was allowed to sell land on the Calenberg estate, especially because the sales were “financially advantageous.” Damage to the assets of the House of Hanover could not be determined. The accusations that the crown prince did not take enough care of the seriously ill father, he did not visit him at the bedside, are “too general”. In view of the years of dispute, the 68-year-old “could hardly expect more visits.” Y: The Guelph chief “is no longer a child.”

The company’s lawyer, Volker Römermann, replied: It was not possible to name Ernst August Prince of Hanover as a witness in his role as plaintiff: “we will now name him”. The court’s assessment that the sale of Calenberg’s property had caused no harm was “too easy”. The contracts are designed for the head of the house in Hanover to decide, and that is the 68-year-old. The decision does not correspond to the son, as in the case of Marienburg. Prof. Andreas Frieser, the Crown Prince’s lawyer, saw no solution in appointing a witness for the “baseless accusations”.

Much more than a family feud

The crown prince announced that the father’s claim “was unfounded and the allegations contained therein are false.” He welcomes the fact that his father withdraws the lawsuit, as well as the “perception of the fact that his lawsuit was hopeless,” the 38-year-old now said. But the dispute is much more than a family dispute: it is about the future of Marienburg Castle. In 2019, the family made headlines because Ernst August junior wanted to sell the ruined castle to the public sector for one euro, against his father’s wishes.

But after the 68-year-old’s objection, the deal negotiated with the Lower Saxony state government fell through. The castle and inventory went into a foundation. According to the judge, the 38-year-old protected the assets of the House of Hannover, because the “renovation charge” of the castle was high, at 24 million euros. Römermann emphasized that it was impossible to assume that the castle had “no material value”, that is, the castle could be sold for one euro. The father’s goal was to preserve the fortune for centuries to come.

In any case, the crown prince made it clear after the hearing: “With regard to the Marienburg Castle Foundation, the legal situation is clear and unequivocal anyway: Marienburg stands on a solid foundation and is prepared for the future.” The basic solution found with the state of Lower Saxony was “legally secure”, he emphasized. “The foundation itself can continue to concentrate with all its might on ensuring the long-term preservation of Marienburg as a central cultural monument in Lower Saxony, which remains accessible to all.” And he eagerly awaits the sentence pronouncement scheduled for June.