‘Dione’ and ‘The Power of the Dog’ win more BAFTA awards 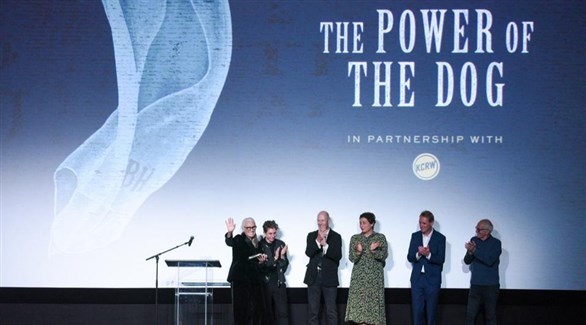 “The Power of the Dog” won first prize at the British Academy of Film and Television Arts (BAFTA) Awards on Sunday, winning Best Picture, with its director Jane Campion winning the top prize. for directing, while the film “Dion” won “Mound of Sand” the most other awards.

“The Power of the Dog,” based on a 1967 novel by Thomas Savage, marks the return of Academy Award-winning New Zealand director Campion to feature films since her debut in “Bright Star” in 2009.

Accepting the award on behalf of Campion, producer Tania Segachian said: “Jane, you are a visionary whose traces have faded in the last thirty years of film history, through stories about the silent and the deprived of finding a representative. You have been an inspiration for many women, we are here thanks to you”. .

Campion then briefly appeared via video call on the phone of one of the film’s producers during the press conference to announce the winners, during which he expressed “overwhelming” happiness.

And there were references to the war in Ukraine, with some candidates donning blue and yellow Ukrainian flag ribbons and badges or talking about the crisis on the red carpet and on stage.

The science fiction film “Dion” or “Hill of Sand” won five awards. The film, based on a 1965 novel by Frank Herbert, earned eleven BAFTA nominations.

Will Smith, who was not present, also took home the Best Leading Actor award for his role in “King Richard” or “King Richard,” in which he played the father of tennis champions Venus and Serena Williams.

Joanna Scanlan won Best Actress in a Leading Role for her role as a widow searching for a secret hidden by her late husband in After Love.