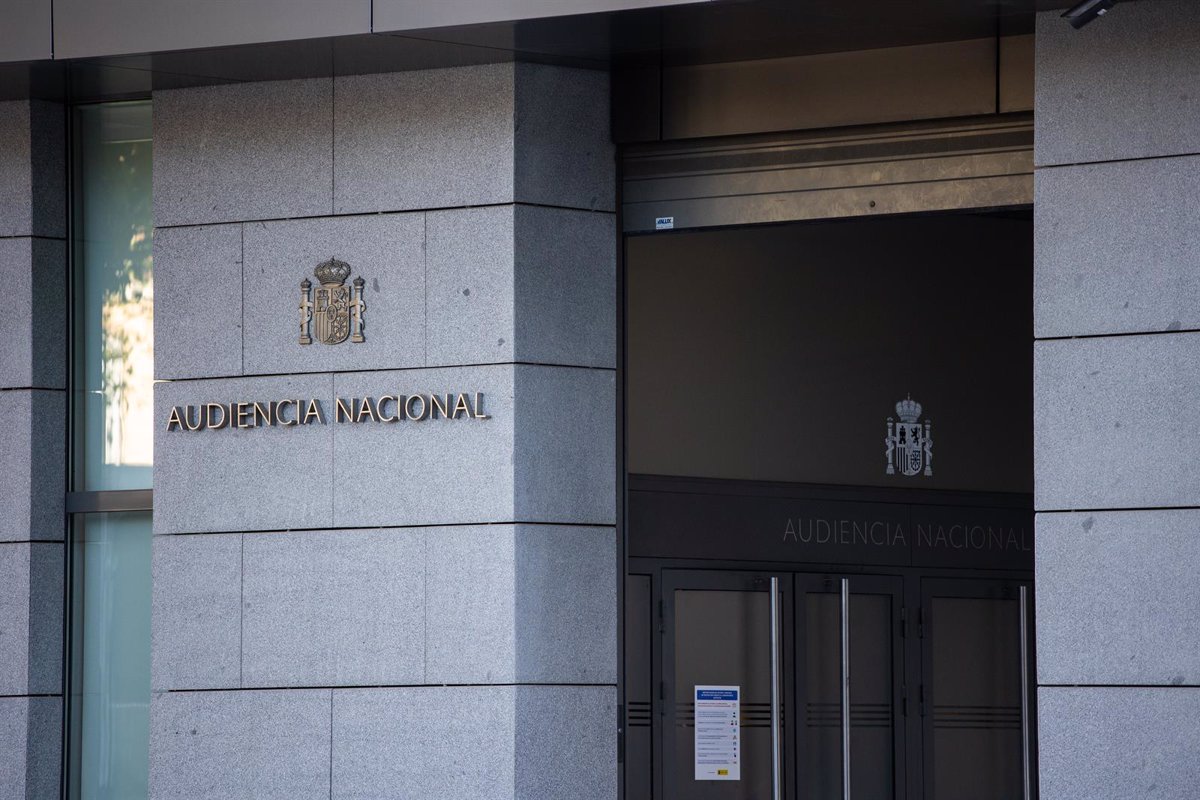 The Dignity and Justice Association has filed a complaint against 10 ETA leaders to be identified as the “authentic perpetrators” behind the murder of Jesús María Pedrosa Urquiza, the PP councilor in Durango (Vizcaya), which they described as ” one of the numerous victims” of the “policy of forced evictions from the Basque Country, directed by the zuba – ETA’s highest governing body – under threat of death”.

Specifically, the lawsuit is directed against Ignacio Gracia, aka Iñaki de Rentería; Javier García Gaztelu, aka Txapote; Juan Antonio Olarra, a.k.a. Juanvi; Ainhoa ​​Mugica, a.k.a. Olga; Asier Oyarzabal, a.k.a. Baltza; Juan Carlos Iglesias, a.k.a. Gaddafi; Mikel Albisu, a.k.a. Mikel Antza; Vicente Goicoechea, a.k.a. Willy; Ramón Sagarzazu, aka Ramontxo; and Soledad Iparraguirre, aka Anboto, whom he places “at the top and hierarchical chain of command of the organization.”

The association has submitted the 247 pages, to which Europa Press had access, to the Central Court of Instruction Number 1 of the National High Court to request that not only the murder, one of ETA’s unsolved crimes, be investigated, but also the alleged terrorist coercion and threats against Pedrosa Urquiza as part of the “general policy of forced expulsion of 60,000 to 200,000” people from the Basque Country.

Pedrosa Urquiza was murdered on June 4, 2000 on his way home. “An ETA member approached him from behind (…) and fired a shot to the back of the head, causing his death almost instantly. A second unidentified member of ETA, in turn, quickly picked up said author in a vehicle footage and both fled,” the association recalled.

Dignity and Justice has underlined that “ETA has at all times accepted ex post responsibility for Durango’s attack on Pedrosa Urquiza”, which, in its opinion, “also allows the conclusion that there was in no way a counter-injunction on the part of anyone” . of those responsible against those who are now filing charges. This is one of the organization’s 379 crimes that remain unsolved.

“HUNTING” IN THE BASQUE COUNTRY

The association assured that the “attempted forced eviction” was part of “a long and very extensive policy that Zuba zu Zuba had continued since the end of 1977” and that was “decisive” in the assassination of the city council.

To that end, he has defended that the PP member was “selectively assassinated” for his “unique civilian and heroic resistance to escaping Durango.” For dignity and justice, Pedrosa Urquiza’s death was a “direct” consequence of his opposition to the policies of eviction and became a “monstrous, instrumental, exemplary and reassuring crime for others who might think of resisting.”

The association has insisted that the “forced eviction” of part of the population of the Basque Country has not yet been “legally examined with full guarantees”. “There continues to be a lack of judicial investigations and important evidence such as reports and specific reports from the Judicial Police” on this action by ETA.

In doing so, he underscored the “cold succession of events” that “show” how “Iñaki de Rentería” and Olarra Guridi “were allegedly the great persecutors of the men and women of the PP, who mercilessly persecuted and harassed them, those who sent out assassins to kill them along with their own relatives right outside the doors of their homes”.

“How is it possible that both have not yet been investigated by our rule of law as the leaders and authentic authors behind the author of all this authentic ‘hunting’ of innocent people? How can all this impunity be easily tolerated? ‘ the association stated in its complaint.

From “Dignity and Justice,” they highlighted “the nearly 40 communiqués expelling ETA” that they were able to uncover in relation to nearly “50 exemplary murders” committed by those who opposed the terrorist organization’s policies.

THE HIGHER COURT OF JUSTICE AND THE EUROPEAN PARLIAMENT

As part of the complaint, Dignidad y Justicia has invoked the Supreme Court’s jurisprudence, which considers “intermediate authorship through domination of the organized machinery of power,” to require the National Court to grant their request and investigate the murder of the popular local council .

For his part, he has pointed to international cases in which it has been used: the case of the 136 unpunished murders by the expendable gunmen of the Berlin Wall and the conviction of the leader of the Shining Path in Peru.

On behalf of the association, they recalled the report signed by the European Parliament last April, which recommends that Spain “given the great situation of impunity for the murder of European citizens, exhaust the possibilities of interpretation of the penal code” and prosecute all crimes committed by ETA were also committed before 2004, as in the case of Pedrosa Urquiza.

Previous articleThey investigate the violent death of a woman and the subsequent suicide of a man in Alginet
Next articleFeijóo reiterates to the government that, like Germany, it is cutting taxes “to stop smothering the Spaniards.”