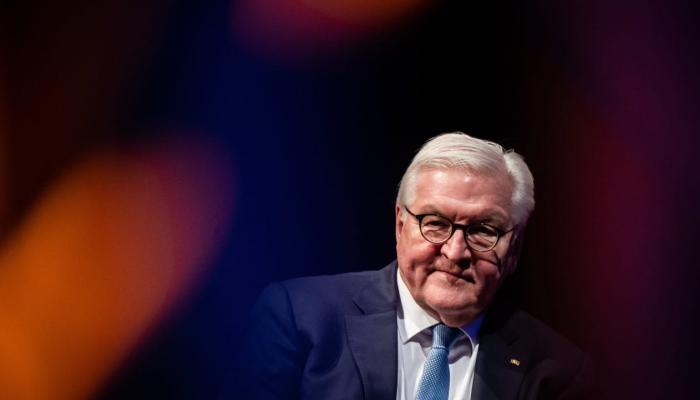 German President Frank-Walter Steinmeier said on Sunday that his country will face more difficult periods as a result of Russia’s war in Ukraine.

Steinmeier, in a video speech at the opening of a Ukraine solidarity concert at the Berlin Philharmonic Orchestra, claimed that harsh sanctions would inevitably lead to riots and losses “for us.”

Steinmeier added: “In Germany we will face more difficult days, and we must be prepared to endure them, if our solidarity is not just empty promises and if it is taken seriously.”

The German president expressed his belief that these days will change the world, “and they will change us too, perhaps faster than we thought possible.”

“The whole truth is that we are going through a lot of difficulties,” Steinmeier continued.

“Despite all current diplomatic efforts to end the war, the constant is that our solidarity, our support, our steadfastness, as well as our readiness to face restrictions, will be required for a long time,” he added.

But the solidarity concert and the musical performance aroused a state of controversy and great criticism of the German presidency, from the Ukrainian embassy in Berlin.

According to a statement from the Ukrainian embassy, ​​​​Russian musicians dominate the concert of solidarity with Ukraine in Germany, which was held under the title “For freedom and peace” and was organized by the German president.

“Except for one piece, all the musical compositions in the concert came from Russia,” he added.

“Not Ukrainians! And in the midst of the Russian war… Insult… Sorry, I’ll stay away!” Ukrainian Ambassador to Berlin Andrei Melnik wrote in outraged language on social media, in a apparent declaration of boycott. posted before the ceremony.

“Ukrainian Ambassador Andrei Melnik refuses to participate in such a party with his wife, Svetlana,” the Ukrainian embassy wrote on Facebook.

“The invitation to the party offered the Ukrainian ambassador to listen to the music of the aggressor country,” Melnik said, adding: “The Steinmeier event is an insult to Ukrainians.”

According to a previous statement from the German presidency, musicians from Ukraine, Russia, Belarus and Germany, among others, participated in the performance of pieces by Ukrainian, Russian and Polish composers, under the supervision of the conductor, Kirill Petrenko.

- Advertisement -
Share
Facebook
Twitter
Pinterest
WhatsApp
Previous articleWhy is a missile shield being tested over Germany?
Next articleThis is how the yacht “Eclipse” of 637 million euros of the Russian oligarch Abramovich looks in detail