Did the Ukrainian army escape from the battlefield? This is the truth. 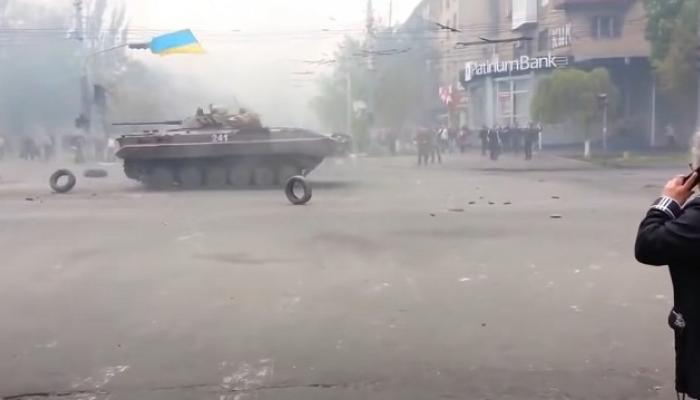 A few days ago, activists widely circulated on social media a video clip showing the flight of Ukrainian army forces from battles with Russia.

But this video is not true in Ukraine since the Russian war, which was revealed by the Agence France-Presse service to detect and track fake news.

The agency indicated that the video clip dates from May 2014, in the coastal city of Mariupol, in southeastern Ukraine, during the bloody fighting between the Ukrainian army and pro-Russian rebels.

The Russo-Ukrainian war has entered its fourth week, with hopes rising for a political settlement between the two sides that will end the fighting.

Despite the rounds of negotiations between Russia and Ukraine, the war machine and media propaganda continue, in addition to the international sanctions imposed on Moscow, which, according to experts, aim to isolate it from the world.

With these sanctions, China warned of their effects on the world economy, which for the first time supported Russia’s position on NATO, and stressed the need not to expand eastward.

Before the start of the Russian-Ukrainian war on February 24, Moscow always declared its right to defend its security and eliminate those it called “Nazis”, at the insistence of kyiv and its allies in the West to include it in the Treaty Organization of the North Atlantic “NATO”, which wants to expand in the east, which means establishing military bases near its borders.

Russian President Vladimir Putin announced in his speech at the opening of the military operation that his country will not allow Ukraine to acquire nuclear weapons, and does not plan to occupy it, but “it is important that all peoples of Ukraine enjoy the right to self-determination.” . , and emphasized that “Russia’s actions are not related to the usurpation of Ukraine’s interests, but only to protect itself from those who have taken Ukraine hostage.”