Did the “sinister shirt” deprive Italy of the 2022 World Cup? 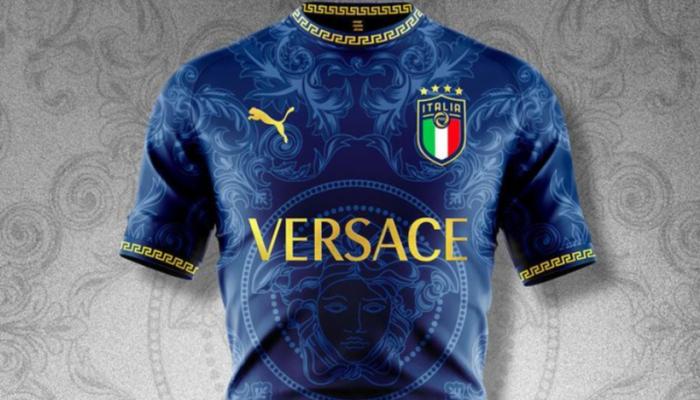 Hours before Macedonia expelled the Italian soccer team from the qualifiers for the 2022 World Cup in Qatar, activists on social networks circulated images of an alleged Larosa shirt.

And Italy failed early on Friday to qualify for the World Cup finals for the second consecutive time after a shocking 1-0 loss at home to North Macedonia, to continue the failure that started their career for the first time. time four years ago.

But the strange thing is that the ominous shirt has nothing to do with the Italian national team, even if it was among the participants in the World Cup final, so what is the history of this shirt? ..

Social media users shared an image that its editors claim is the shirt of the Italian soccer team, designed by the Italian fashion company “Versace” in collaboration with the “Puma” brand.

However, the shirt shown in the photo, as shown by the “France Press” news search service, is an imaginary design that two companies collaborated to design and presented in 2020, and the Italian team did not appear after that. wearing this shirt.

The post, which has garnered thousands of interactions on social media since it was posted on March 21, 2022, includes an image of a jersey with the Italian national team logo on the right and “Puma” sports branding on the left, with the Italian fashion brand “Versace” logo in the center, and the sleeves and collar of the shirt are decorated with a special Versace print.

The photo’s editors commented that this was “the first jersey design for the Italian national team after the integration of a partnership between Puma and Versace.”

The truth is that the shirt is just an imaginary design that was never adopted by the Italian team. An inspection of the image, carried out by the French agency, showed that it was published in July 2020 on two Italian accounts via Instagram related to designs.

The two sources, outline_studio and Ezeta, explicitly explained that the design was imagined and detailed the details of the cooperation between them to implement this design.

“We visualized different jersey designs for eight teams in collaboration with the most prominent fashion brands in each country,” they said.