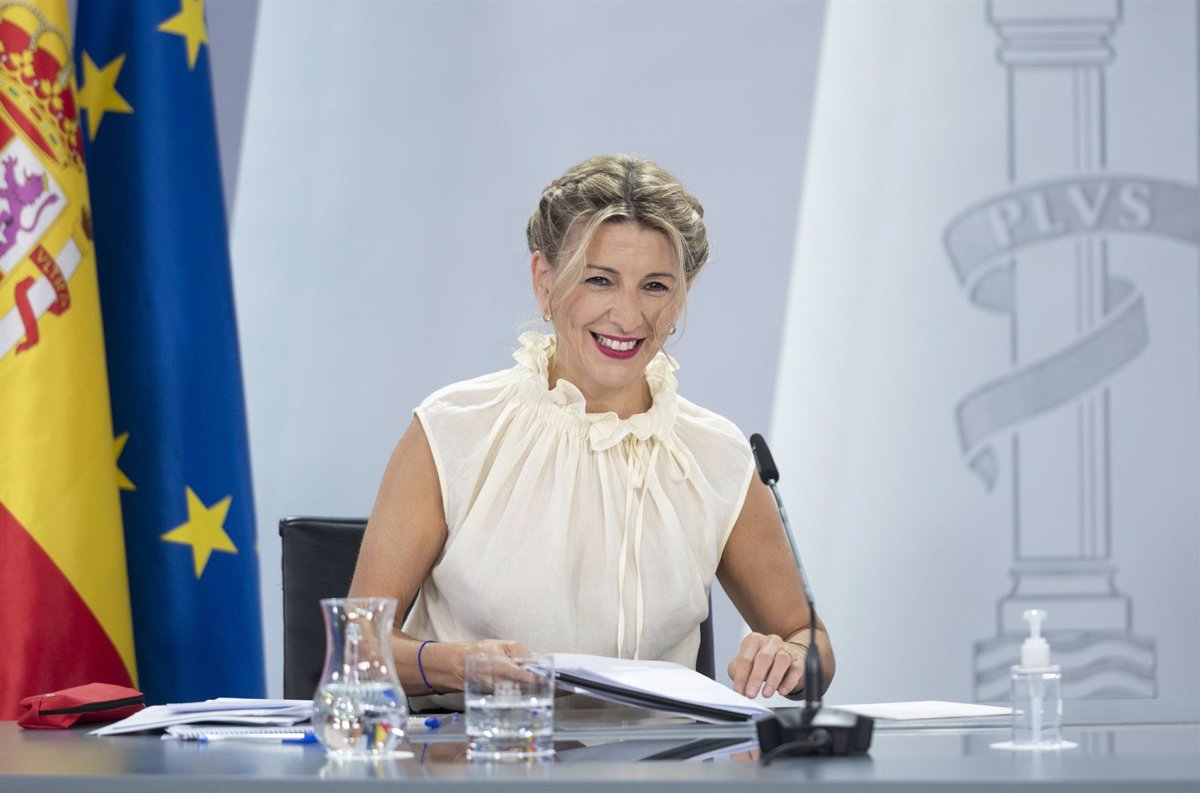 Second Vice President and Labor Secretary Yolanda Díaz has urged employers and big companies, particularly energy companies, to “take their responsibilities” as “payrolls must not withstand the crisis” before inflation hits 10.2%. after the preliminary data for June.

Díaz posted a thread on his Twitter account insisting that “it’s not wages to blame, it’s the victims of inflation” that has become the “main problem” in Spain.

“It must not be the case that a minority takes advantage of the crisis to increase their profits at the expense of the majority,” he stressed, recalling that the country was becoming poorer and poorer with this general rise in prices.

Díaz has also warned that “a few” could get rich at the expense of the government’s “enormous public effort to protect the people” after the executive on Saturday passed a new anti-crisis executive order that will last until the end of the year will apply year .

The second vice-president has specifically referred to the companies, which she is urging to “reshape the burden” and “shrug their shoulders for their country.” “We must cut profit margins for the common good,” Díaz said on his social networks.

As on other occasions, the Labor Minister has stressed that companies have room to raise wages.

Despite defending a raise, the employer claims its margins are also being squeezed by inflation and increases in energy and commodities. For their part, unions agree with the minister that wage adjustments are necessary to maintain workers’ purchasing power.

Employers and trade unions suspended the negotiations on the V. Labor and Collective Agreement (AENC) because of disagreements in the salary adjustment clause, which is essential for employee representatives, and less because of salary increases.

The consumer price index (CPI) rose 1.8% in June from the previous month and its annual rate shot up 1.5 points to 10.2%, the highest level since April 1985, according to advanced data released this week by the National Institute for Statistics (INE).

In this way, inflation has chained two straight months of increases in its annual rate, after declining 1.5 points to 8.3% in April. Later, in May, it climbed to 8.7% and in June it surpassed the feared double-digit reading of 10.2%.

The June data, which is due to be confirmed by Statistics by mid-next month, is four tenths higher than the 9.8% peak reached in March.

The INE includes an estimate of underlying inflation (excluding unprocessed food or energy products) in the CPI data preview, which rose six-tenths to 5.5% in June, the highest since August 1993. In this way, the underlying Rate 4.7 points below the overall CPI rate.

On a monthly basis, the CPI rose 1.8% in June from May, up one point from the previous month.

- Advertisement -
Share
Facebook
Twitter
Pinterest
WhatsApp
Previous articleThe Truth Commission: The doctrine of the internal enemy served “the persecution and the physical and political annihilation”
Next articleSara Sampaio: Get The Ultimate Glow With These Model Hacks