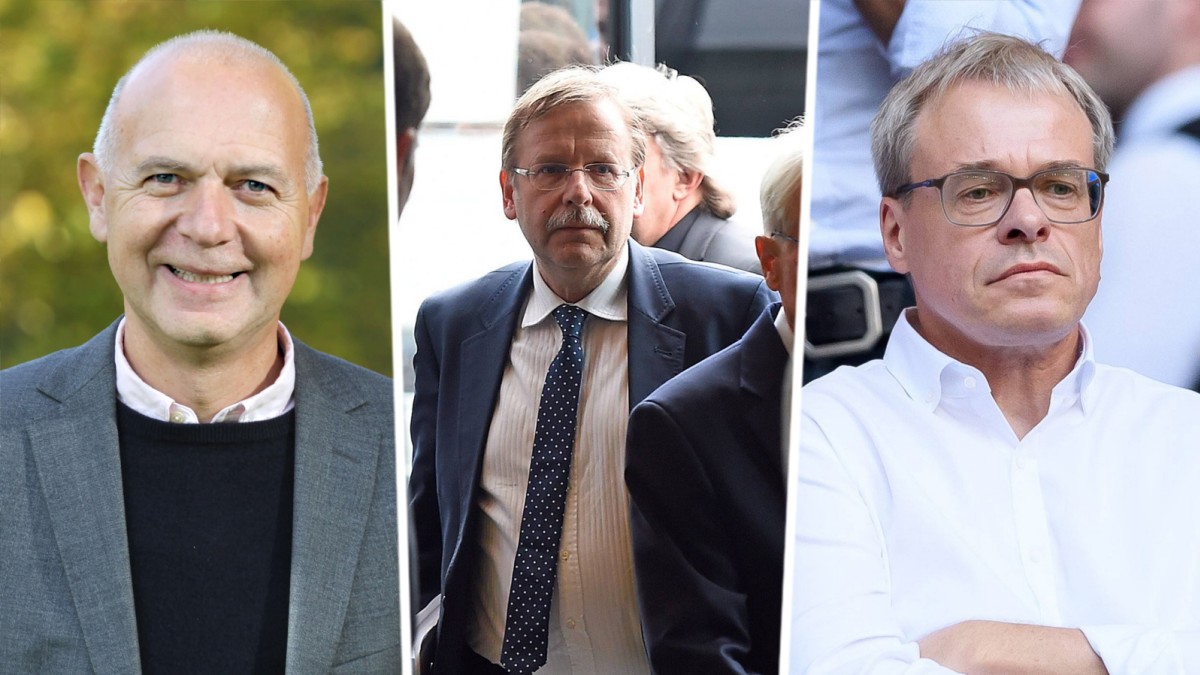 German football faces this Friday the most unusual Bundestag in its history at the Bonn Conference Center. The German Football Association has been in existence for 122 years, has seen 43 regular delegate meetings and has been chaired by 13 regularly elected presidents. But for months now everyone involved has been preparing for the fact that there will be a presidential contest for the first time: favorite Bernd Neuendorf, 60, against challenger Peter Peters, 59.

It should be a great new beginning – the DFB has written it on the poster. You don’t even know how many new beginnings there should be. The Association has become a hotbed of intrigue; after countless affairs, raids and dirty power struggles in recent years, the image of the DFB is more disastrous than ever. And there is currently only one point of clarity in this dystopian associative world: 63-year-old veteran Vice President Rainer Koch is the man at the center of every earthquake, the only one to have survived every emotion in an I know-about- attitude that has long seemed absurd has nothing, while the left and right on the opponents on the road, but also fellow combatants sank.

The last two: Friedrich Curtius, who had to resign as general secretary after only five years in the course of a motion of censure and recently received a visit from the prosecution. And the treasurer Stephan Osnabrügge, who has also only been in office since 2016, who was opposed by the internal auditors and has promised to resign in Bonn.

But one person wants to continue at all costs: Rainer Koch. The German Football Association, with 7.2 million members, the largest association in the world, apparently cannot do without this man even after a decade and a half.

Both presidential candidates do not represent a true new beginning. Interestingly, it is not Peters, although he has been there for a long time, who represents the direct continuation of the ruling power system, but Neuendorf, although he is a classic career changer. The former SPD politician has only led the Mittelrhein Association since 2019. But Neuendorf has become so attached to Koch in recent months that new revelations raising urgent questions about the role of the permanent string-puller have failed to irritate him. It was the brave Koch fans who put Neuendorf on the list of candidates in the fall. And they have a majority in the Bundestag.

But the choice between Neuendorf and Peters is not decisive. Whether the DFB can proclaim a new beginning depends solely on how the Bundestag deals with Koch’s personality. The versatile man from Bavaria, maximum vice president since 2013 and currently – due to the scandal – interim chief for the third time, embodies the system that is going to be renewed. And while the fan alliance relied on being able to cement the status quo with quiet deals, promises and even threats until the day before the vote, a weak point may have been overlooked.

Koch is threatened with a secret ballot in the Bundestag. The association in southern Germany that he heads has recommended him for one of the two vice president positions to which the association is entitled according to its statutes. Sports scientist Silke Sinning, who belongs to Peters’ camp, is also suggested; Interestingly (and also given mounting public pressure), Koch’s Bayern association did just that. Which fuels the suspicion that Koch is based on the fact that Sinning will not be competing against him in the end. If that is before Peters loses the presidential election with a clash against Neuendorf.

The key question could be: Will the sports scientist Silke Sinning be the vice of the DFB?

Day and night the cables shone, until the end, delegates debated possible last minute flips and possible original proposals. But what if Sinning is still running against Koch even if Peters is expected to lose in the presidential election and thus gives the Bundestag a chance to publicly declare its colors on the question: a new beginning without Koch? Or continue like this? A secret ballot of the contest would force the 262 DFB delegates to show the seven million organized members where they really stand.

In the event of a Koch pick, the league would also have to show its colors. Not everyone here is thrilled with Peters, the longtime Schalke board member; but that can’t have any influence on the follow-up question “cook or sin”. Recently, the pros under new league boss Hans-Joachim Watzke have been remarkably compliant with Koch. With the belief that it will be fulfilled anyway and you will have to come to an agreement? In an election, the club’s representatives would also have to pledge; also Watzke himself, who in future will be under the responsibility of the members of the executive committee of the DFB ex officio. All this puts the sports scientist Sinning in the key role: if she starts, no one can complain after the typical official way, unfortunately there would have been no alternative to Koch.

In any case, the delegates on election day could address numerous sensitive issues that plague the DFB’s leadership in recent years. For example, the events surrounding the €360,000 cooperation with communication consultant Kurt Diekmann, whereby there were even raids on the DFB headquarters and various DFB business partners the week before. Criminal authorities are investigating on suspicion that the agreement is a “false contract.” The investigation is currently directed against former General Curtius and the expensive consultant Diekmann; the questionable contract was also largely initiated by Koch.

Add to this the inconsistencies surrounding a report by the Freshfields law firm into the 2006 World Cup affair, which the SZ revealed on Wednesday. In 2016, in addition to his official report, he submitted a secret document addressing potential damage claims. The finding was complicated because it found breaches of duty by former DFB president Wolfgang Niersbach within a period that was not prescribed. But there was no demand and, oddly enough, the DFB management wanted to have completely forgotten about expensive paper. In an internal poll last year, Koch (like then DFB president Reinhard Grindel) said that he did not recall ever seeing anything like it. Facing the statement, Koch now explained that everything went well during the treatment. Another outside law firm even verified Freshfields’ legal opinion and advised against claims for damages. The presidency did the same at that time.

But: This law firm does not appear in the minutes of the Presidium at that time. And Grindel tells SZ that he can’t recall any law firm that has reviewed the report again. So ask the DFB, repeatedly and over two days: Which law firm made the assessment at that time? The DFB delivers the usual garlands of words that lead nowhere; a response to this simple service provider is still pending.

The next blow came on Thursday. the mirror quoted from reports by internal revenue officials, the findings are devastating. For example, the association was unable to claim millions of sponsors to which it was entitled for international matches during the Corona period. In addition, the DFB “with the current procedure also violates the principles of proper accounting”; there is a “lack of the most rudimentary knowledge” in the accounting system of the DFB. The DFB denied this interpretation. There was also no fiscal damage.

So everything as usual. It will be interesting to see what the delegates mean by a fresh start.