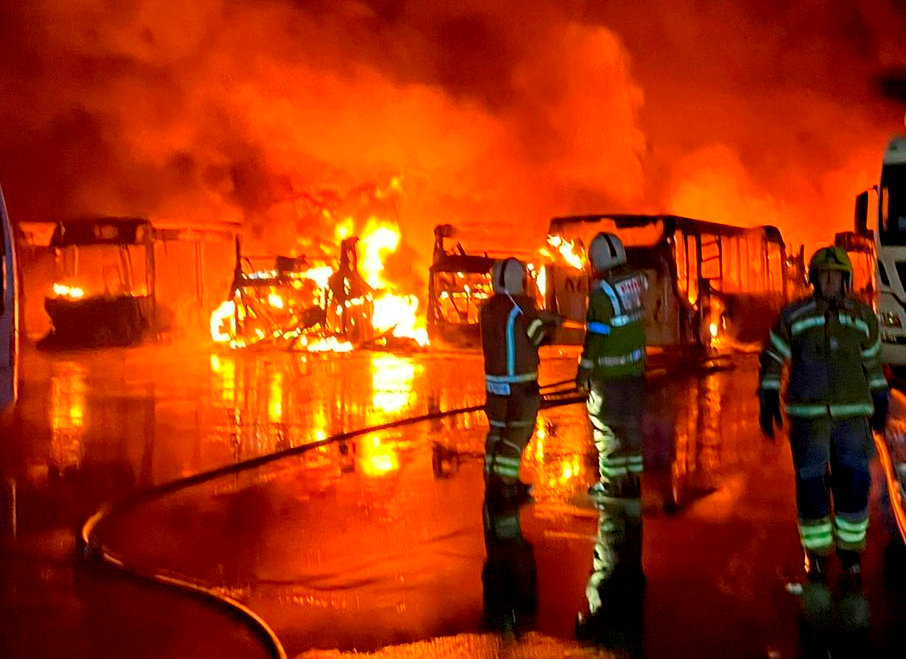 Dramatic footage shows a major fire at a bus company when a catastrophic fire destroyed all but one of its buses.

More than 70 firefighters from two fire departments had to assist to control the fire after it broke out on Friday night.

The fire started at Kev’s Cars and Coaches in Bromsgrove, Worcestershire, with the company losing 21 vehicles in the devastating fire.

An electrical fault in one of the vehicles is believed to have started the fire, before it spread through the family-owned company’s tightly parked carriages.

The Hereford and Worcester Fire Service said Saturday that an investigation is underway to determine the “source and cause.”

Kevin Nind, co-owner of the company his father founded in 1975, had to stand back and watch as fire crews battled the fire in his warehouse.

The 59-year-old said: “I’m devastated. We’ve put a lot of work into the company, but we’ll bounce back.”

“Our entire workforce came out this morning. I can’t praise them enough, they’ve been brilliant.

“Firefighters did a remarkable job in stopping the fire from spreading to the building.

“I got a call from the owner around 8pm and when I got there it was a mass of orange flames.

“It was roaring, I just couldn’t believe it. It almost seems worse today seeing all the damage.”

Nind said the company’s 45 employees will not be affected and that it will pay drivers their full salaries.

“We are a small company and we can come together. Our priority is to get services back,” he said.