Devaluation of the ruble and empty supermarket shelves: experts assume inflation of up to 40 percent in Russia 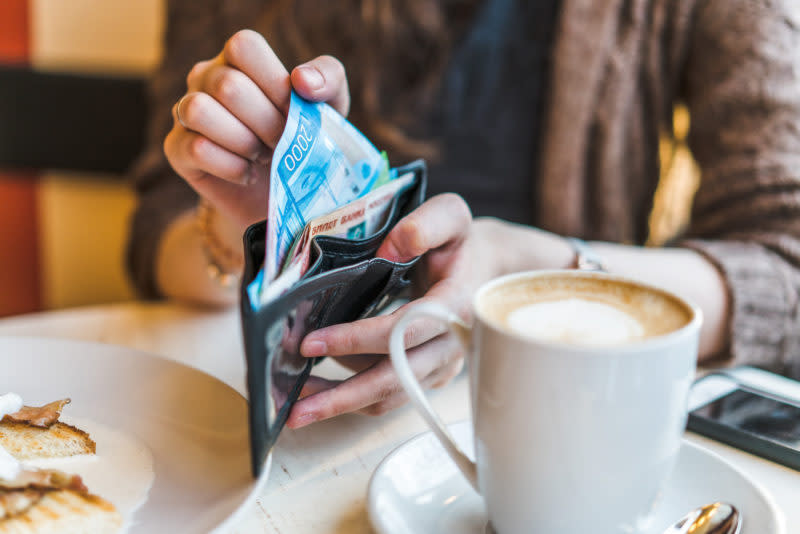 Even before Russia launched a war of aggression against Ukraine, the Russian population suffered daily from rising prices. The causes of the previous price jumps included the consequences of the corona pandemic and additional delays and costs in global supply chains.

The subsequent shortage of goods on the Russian market has been fueling inflation for more than a year. In February 2021, inflation was still a relatively moderate 5.67%, but has risen to more than 9% in a year, and could rise much higher as a result of the war and economic sanctions. According to Vasily Asov, an economist at the Vienna Institute for International Economic Studies, it could be 30 to 40 percent by the end of the year.

It is hard to say whether Russian President Vladimir Putin expected such drastic economic sanctions from the West if he invaded Ukraine. However, what is certain is that they will have a massive impact on the Russian population. The already existing problems with the delivery of goods are reaching a new level due to the export ban of many Western companies.

Empty shelves in the supermarket

According to the Daily Mirror, Russian supermarket shelves are almost empty. Long queues form in front of shops and it is said that hamster purchases are also made. Staple foods are only sold in certain quantities. In some supermarkets there have already been arguments between customers who fear more sanctions and fight over rare sugar.

But there is another factor, explains Astrov. “Chinese exporters are also currently massively raising prices in Russia as the withdrawal of Western companies is causing less competition,” the economist told Business Insider. A Russian citizen reported in the Daily Mirror report that sugar, salt and noodles ran out, but there was still overpriced rice.

But Russians aren’t just feeling the effects of inflation in supermarkets. According to Astrov, iPhone prices have now more than doubled. In general, the prices of consumer electronics and travel in particular are currently skyrocketing. Western airlines no longer fly to Russia at all, and Russian airlines are less and less daring to fly to the West – the fear of planes being expropriated is too great.

All this would feed the already high inflation in the short and medium term. The serious collapse of the Russian currency is now making things more difficult for the Russian population. The ruble collapsed almost 40 percent in a very short time and could continue to lose value with more sanctions and the continuation of the conflict.

Western companies that still import into Russia will demand higher and higher prices for their products in the future, because the Russian currency is extremely insecure. A possible state bankruptcy of Russia would probably completely destroy the value of the ruble.

What a devaluation of the national currency means can be observed very well in another country. Turkey has been struggling with a falling lira for some time. The result is 50 percent inflation, which the Turkish central bank and government seem unable to control.

There is a risk of inflation of up to 40 percent

The Russian state is currently facing several trouble spots, all of which could become huge problems in their own right. The devaluation of the ruble and the shortage of goods due to problems in the supply chain and Western sanctions threaten to trigger a price spiral in Russia.

Astrov believes that inflation in Russia could be between 30 and 40 percent this year. The consequences of the war for the Russian population are already dramatic, as can be seen in the situation in the supermarket, in travel or in the electronics market. But the situation will continue to deteriorate if current developments are not stopped.