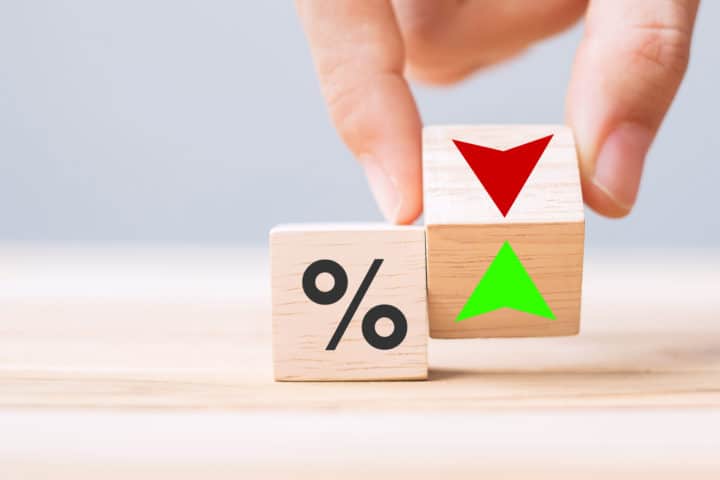 the part of german bank (WKN: 514000) has lagged behind on the market for years. Years of restructuring, billions in losses and capital increases have caused the share price to plummet. In the last five years, the price has fallen by almost a third to the current EUR 11.02 (as of March 18, 2022). By comparison, the DAX gained almost 20% in the same period.

But there are clear signs that the bank has managed to reverse the trend and that prices can be expected to rise again in the future.

Last year things went unusually well at Deutsche Bank. After years of falling into the red due to high restructuring costs, the bank was able to post a profit of billions for the first time in years. The bottom line is that the bank earned €2.5 billion or €0.93 per share. This is the best result since 2011!

Earnings are expected to be even higher this year. The bank does not give any specific figure on the expected profit. But at least one number is given for return on capital. Consequently, the bank wants to achieve an after-tax return of more than 8%. For comparison, last year’s return was just 3.8%.

Only with this you can see that the profit will be more than double. If all goes according to plan, earnings per share could exceed 1.80 euros.

This also means that you are currently only paying 6 times the profit for Deutsche Bank shares. This low value alone shows that the stock price still has room for improvement. But there are other points that speak for it. For one thing, the 8% target return is just an intermediate target. By 2025, the yield is expected to increase to more than 10%. This would bring you closer to the level of international competition.

In addition, Deutsche Bank is planning significant dividend increases and share buybacks. This year a dividend of 0.20 euros per share will be paid. If you buy the shares now, you already get a 1.8% return. However, until 2025, the dividend is expected to increase by 50% of earnings per year.

If Deutsche Bank really achieves its ambitious goals, the stake should increase considerably in the coming years. Because stocks already look cheap. However, share buybacks and rising yields will ensure that earnings per share rise sharply. Sooner or later, this will also drive up the stock price.

The article Deutsche Bank shares: more attractive than ever? first appeared in The Motley Fool Germany.