Deutsche Bank has even more trouble with the US judiciary – economy 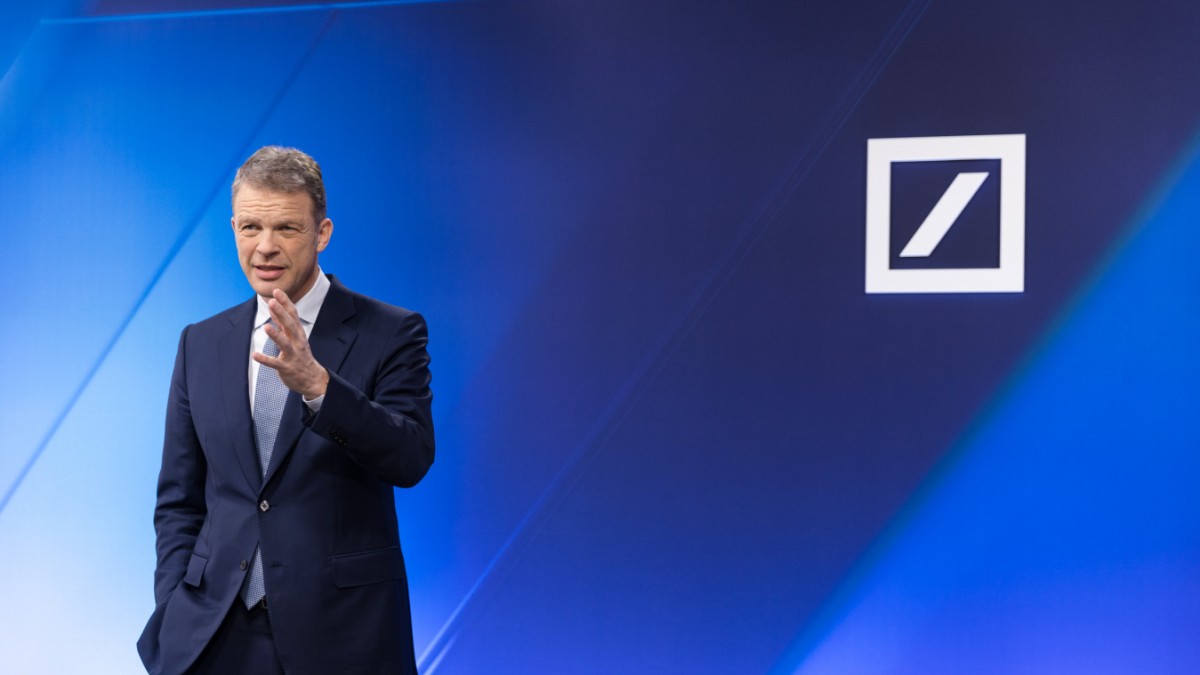 It is not yet clear what the consequences will be of greenwashing allegations made by a former employee of Deutsche Bank subsidiary DWS last year. Does the group have to pay a fine because the fund subsidiary may have given false information in the annual report? Time will tell. But now it is clear that the US authorities are not satisfied with the way Deutsche Bank informed them. This is what emerges from the annual report of Deutsche Bank, which was published on Friday. Consequently, the US Department of Justice (DOJ) discovered in late February that the bank did not just report the allegations too late. It also breached reporting obligations as part of a deal the bank had concluded in early 2021 on another matter. Now a special supervisor, ie an external law firm, will “extend his mandate” to continue to see that things are going well in Frankfurt.

What sounds like a trifle is extremely uncomfortable for Christian Sewing. The CEO repeatedly emphasizes how much the relationship with supervisors has improved during his tenure since 2018. In January 2021, Sewing resolved another US legal legacy, but promised to immediately inform supervisors of potential compliance issues or serious complaints from senior executives, regardless of whether the bank found them legitimate or not. That sounds presumptuous, but it is very common. Deutsche Bank does business in the US and therefore has to comply with the rules there.

The accusations made by the former chief sustainability officer of the DWS fund company a year ago were serious enough: in an email to DWS supervisory board chairman Karl von Rohr and Deutsche Bank chief sustainability officer Jörg Eigendorf, had warned that the group’s fund subsidiary could be wrong if sustainability information was provided. And apparently because she broached these things, she was fired a few days earlier. However, the US Ministry reportedly only learned of the events of the Wall Street Journal he found out after the manager contacted the newspaper over the summer. As a result, US authorities and German financial regulator Bafin launched an investigation.

As also noted in Friday’s annual report, the DOJ has now expanded existing monitoring by an independent auditor due to the breach. It would be about “certifying” the implementation of internal controls. In addition, the DOJ has “all rights reserved” to take further action in connection with the settlement. It is now also possible “that Deutsche Bank may be prosecuted or subject to other measures”, as stated in the DWS annual report. Didn’t the money house report any more complaints to the Justice Department? The bank declined to comment on this.

A total of 520 employees earn more than one million euros

The annual report not only provides information on legal disputes, but also contains details on bankers’ pay: As expected, the workforce will receive higher bonuses for 2021 after the bank returned to profit. In general, the money house pays around 2.1 billion euros and, therefore, 14 percent more “variable remuneration” than the previous year. Most of this was explained by the approximately 7,000 employees of the investment bank.