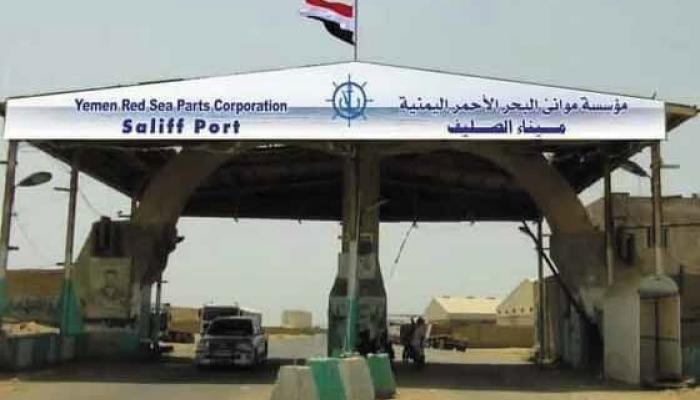 The Arab coalition led by Saudi Arabia announced, this Saturday, the destruction of a warehouse that contained quality weapons belonging to the Houthi militias in the vicinity of the Yemeni port of Salif.

The Arab coalition had announced the end of the 3-hour period granted to the Houthis to remove weapons from the ports of Hodeidah, Salif and Sanaa airport.

The coalition said that Houthi militias are removing protection from the protected sites by using them militarily, and also demanded that civilians stay away from the vicinity of the Salif port.

Earlier on Saturday, the coalition announced attacking 4 booby-trapped ships in Salif port, which is in preparation, and thwarting an imminent attack on oil tankers.

The operations resulted in the death of 3 experts specializing in booby traps and the launching of boats in the port of Salif.

The Coalition to Support Legitimacy said it had targeted rigged drones in preparation at Hodeidah port and Saleef port, calling on the Houthis to remove weapons from the protected sites, the first of which is Sanaa International Airport. ‘to.

He added that the Houthis are taking away the protection of the protected sites by using them militarily, stressing that the military operation is continuing to achieve the principle of collective security.

It also gave the militias 3 hours to remove weapons from the ports of Hodeidah, Salif and Sanaa airport.