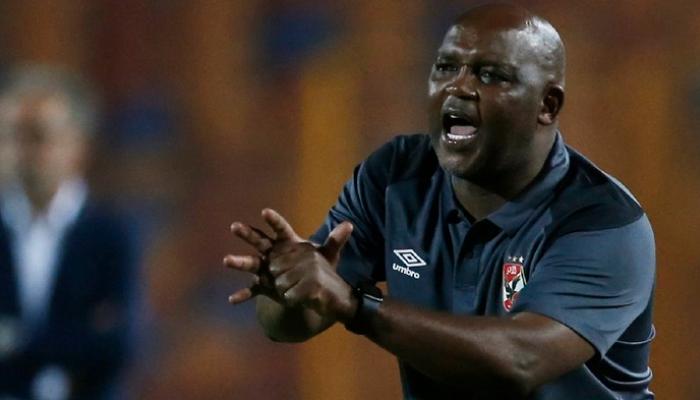 The South African Pitso Mosimane, coach of the Egyptian team Al-Ahly, is threatened with losing his position, despite the renewal of his contract, for the qualifiers for the 2022 World Cup.

Al-Ahly announced, in this month of March, the renewal of Musimani’s contract for two more seasons, to remain in the team until 2024, after leading him to achieve 5 titles, including the African Champions League twice, the African Super twice, in addition to the Egyptian Cup.

Despite the renewal of his contract a few days ago, the Czech press reported that Jaroslav Shilhavy, the coach of the Czech national team, could be Al-Ahly’s new coach during the next term.

The Czech website “isport” assured that the friendly match between the Czech Republic and Wales could be Chilhavy’s last, after 3 and a half seasons in his position.

This news came after Chilhavy failed to lead the Czech team to qualify for the 2022 World Cup, after losing with a goal against Sweden, in the semifinals of the European playoffs.

And the reports added: “If the Czech Football Federation wants to part with Shilhavy before the start of the new version of the European League of Nations, it will not be out of a job.”

Reports revealed that Chilhavy is currently negotiating with Al-Ahly through player agent Ali Firas, who was behind the work of Czech coaches in Arab stadiums, such as Ivan Hashek with the Lebanon national team and Franchik Straka with Ansar. Lebanese.

The Czech report was not satisfied with that, but also assured that Chilhavy would accompany his assistant in the Czech team, Jiri Chhetri.

It is worth noting that there is intense cooperation between Al-Ahly, Al-Masry and the Czech School, where Michal Prokic is in charge of managing the youth sector in the Red Castle.

Since Brockić took over, the Al-Ahly management managed to market several of the club’s youth by loaning them out to Czech clubs, with Ahmed Abdel Qader recently shining in them, who returned to the squad again after a brief experience with Slavia Prague.