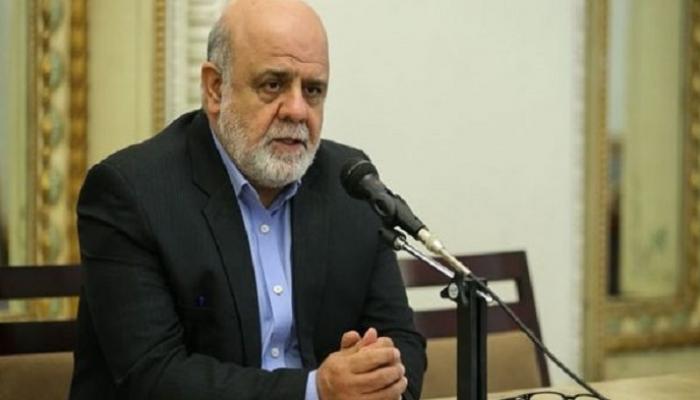 Despite international condemnation of the Erbil attack, Iran continued to violate Iraq’s sovereignty by threatening new attacks on the capital of the Northern Kurdistan region.

Iranian official media recently quoted Tehran’s ambassador to Baghdad, Iraj Masjedi, after being summoned by the Iraqi Foreign Ministry, as saying that he had “informed the Iraqi authorities that there are three other Israeli intelligence service centers in the governorate of Erbyl”.

Masjedi, a prominent commander of the Revolutionary Guards’ “Quds Force” militia, added: “There are three other Mossad centers in Erbil that must be investigated and closed, otherwise they will be attacked in the coming days.”

On Sunday, the Iranian Revolutionary Guards announced responsibility for an attack it said had targeted “one of Israel’s headquarters” in Erbil governorate.

The “Tasnim” news agency quoted a military source as saying that “Fateh 110 missiles launched by the guards towards the Erbil governorate in northern Iraq were launched from the northwestern region of Iran.”

The council added in a statement after a meeting chaired by Prime Minister Mustafa Al-Kazemi: “The attack is a violation of international laws and norms,” ​​noting that “Iraq had previously announced its refusal to violate its sovereignty and use their lands.” to settle accounts between countries and entities”.

He continued: “Iraq has requested, through diplomatic means, frank and clear explanations from the Iranian side, and is waiting for a position from the Iranian political leaders to reject the aggression,” stressing that it will continue to meet to study developments and discuss mechanisms. to protect the security and sovereignty of Iraq.

Kurdistan regional government officials denied the existence of any Israeli intelligence base in the region, emphasizing that “the headquarters that was attacked in Erbil is a civilian base and not an Israeli one.”

The Erbil attack drew Arab and international condemnation as they expressed their full solidarity with Iraq in the fight against terrorism.

- Advertisement -
Share
Facebook
Twitter
Pinterest
WhatsApp
Previous articleAkw is occupied by Russians: the power supply to the nuclear ruins in Chernobyl is apparently working again – politics
Next articleTom Brady changes his mind about retirement, will return to Buccaneers for 23rd NFL season