Despite criticism from human rights NGOs, Macron is accelerating the international rehabilitation of Saudi Bin Salman 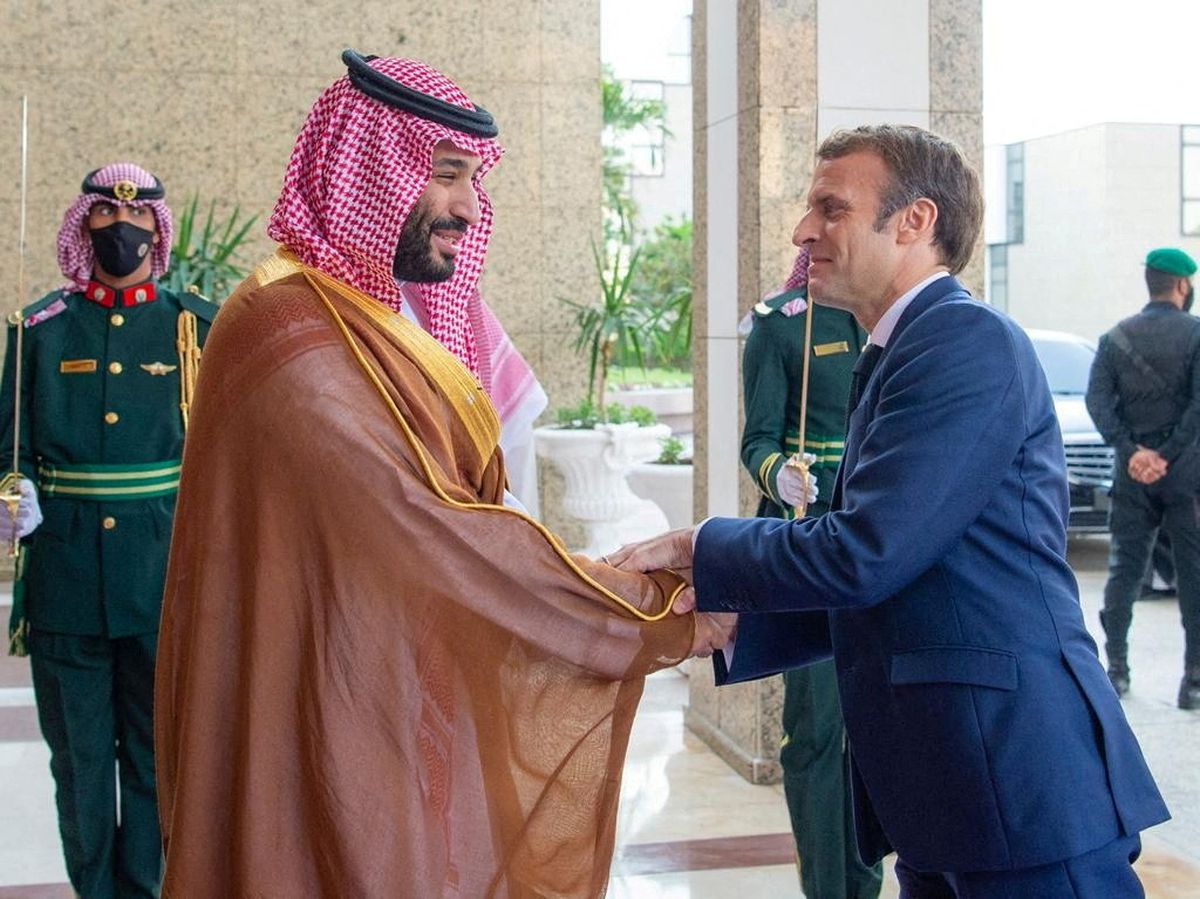 It will be barely a few hours of absolute discretion and a “working lunch”, a relatively low level on the protocol scale. Nonetheless, French President Emmanuel Macron’s decision to receive Saudi Crown Prince Mohamed Bin Salmán (MBS) at the Elysee this Thursday has been harshly criticized by human rights organizations, which have denounced the gesture as a final step towards the political rehabilitation of the main suspect in the journalist’s brutal murder Jamal Khashoggi in 2018. While several NGOs filed a lawsuit against the controversial Saudi leader before the French judiciary this Thursday in Paris, the country’s government boasts of being the origin of human rights, establishing a geostrategic decision at a time when Europe is trying to diversify and secure its energy supplies to counteract the shutdown of Russian gas in the pulse of the Kremlin due to the war in Ukraine.

“You have to be vigilant about human rights and freedoms and that will be a message that the President will convey to Bin Salmán tonight. But Saudi Arabia is a partner, we have geopolitical supply problems and I think it’s important to have this type of exchange without giving up our goals and values, especially in relation to respect for human rights,” the prime minister said a few hours ago the meeting . , Élisabeth Borne, to the radio station Franceinfo.

The brutal death of the columnist Washington Post at the Saudi consulate in Istanbul in 2018 made MBS an international outcast. The war in Ukraine and the consequent need for the West to diversify and guarantee its energy sources in the face of the Russian gas shutdown have visibly accelerated a political rehabilitation that had already begun tentatively at the end of last year: Macron himself met him in December in Riyadh, becoming the first Western leader to hold a face-to-face meeting with the Saudi prince since he was diplomatically ostracized. The process has now been solidified by the MBS interview with US President Joe Biden in Jeddah in the middle of the month and the Saudi’s European tour these days, which arrived in Paris on Wednesday evening after a first stopover in Greece.

In Athens, MBS sealed an agreement to lay an undersea data cable linking Europe with Asia and explored with Greek authorities, including Prime Minister Kyriakos Mitsotakis, the possibility of connecting the two countries’ power grids to deliver more energy to Europe. Several agreements in sectors such as defence, agriculture and shipping were discussed and signed on Wednesday.

“Talking to all Gulf States is an absolute necessity,” defended Aurore Bergé, President of Macron’s Renaissance party, this Thursday in the National Assembly.

“Assassin Prince,” according to Amnesty International

However, no one is aware of the drastic change represented by the gestures towards the Saudis, which have been heavily criticized by human rights organizations and the political opposition. “The rehabilitation of the assassin prince is justified with arguments in France and the USA realpolitik. But the reality is that marketing prevails, let’s face it,” said Amnesty International Secretary-General and former UN rapporteur on extrajudicial executions Agnes Callamard, who has received threats from Riyadh over the investigation into Khashoggi’s murder.

“It seems that despite the horrific death of journalist Kamal Khashoggi, the Saudi authorities’ relentless repression of any criticism, or the war crimes committed in Yemen, MBS can count on Macron to redeem himself on the international stage,” agreed the director of Human in France on Rights Watch (HRW), Benedikt Jeannerod. For its part, Reporters Without Borders (RSF) called on Macron to “intervene at MBS so that the 27 journalists currently detained in Saudi Arabia are released”.

Taking advantage of the Saudi heir’s presence in the French capital, several NGOs including DAWN (Democracy for the Arab World Now), founded by Khashoggi himself shortly before his death, presented themselves this Thursday a lawsuit against the Saudi heir before the French judiciary, which recognizes universal justice in cases of torture and enforced disappearances. Along with Swiss Trial International and the American Open Society Justice Initiative, they argue that MBS is “an accomplice in the torture and enforced disappearance of Khashoggi” and that Bin Salmán “has no immunity by acting as a crown prince or head of state”.

“The French authorities should immediately launch a criminal investigation into Bin Salman,” said Sarah Leah Whitson, executive director of DAWN. “Under the UN Convention against Torture and Enforced Disappearances, France is obliged to investigate a suspect like Bin Salman when he is on French territory,” it added in a statement.

This scenario has forced the Macron government to limit its exposure to the Saudi heir as much as possible. There will be dinner, yes, but with absolute discretion. To the point where it’s reminiscent of the famous “comes y te vas” said by then-Mexican President Vicente Fox to Fidel Castro 20 years ago during a Summit of the Americas, to prevent the Cuban leader from aligning himself with the American George W. Busch.

The difference is that this incident then caused the largest bilateral crisis between Mexico and Cuba, while this Thursday’s dinner in Paris seeks the opposite: closer ties with countries rich in energy sources. Something that in recent days has already prompted Macron to host other dignitaries with a more than dubious human rights curriculum but keys to energy diversification: the President of the United Arab Emirates, Mohammed bin Zayed Al Nahyan, and days later, Egyptian Abdel Fattah al-Sisi.

Bin Salman’s trip to Europe comes less than two weeks after Biden met the crown prince during the US leader’s first tour of the Middle East. Biden’s visit also drew criticism for his promise during the 2020 campaign to turn the desert kingdom into an international pariah in the Khashoggi case. The US President assured that he would be “frank and direct” when discussing Khashoggi with Bin Salmán.

On this occasion, one of the main items on the agenda was also energy and the possibility of Saudi Arabia increasing oil supplies to calm prices which have been skyrocketing in recent months. However, it is questionable whether the desert kingdom has any significant additional production capacities, and Riyadh has always committed itself to coordination with the export block OPEC+, to which Russia also belongs. In that sense, bilateral announcements on possible supply expansions are not expected, and the West’s hopes rest on the OPEC+ meeting on August 3rd.

The rehabilitation of the Saudi regime in the west also comes after Bin Salmán accelerated his diplomatic activities in the Middle East ahead of Biden’s visit, with notable stopovers in Egypt and Turkey, with whom he has already restored ties after their relationship was blamed for the assassination of Khashoggi had been compromised. According to local media, Bin Salmán’s aim was to strengthen his leadership and regional alliances in order to consolidate ahead of Europe and especially the United States as a key partner in the region.