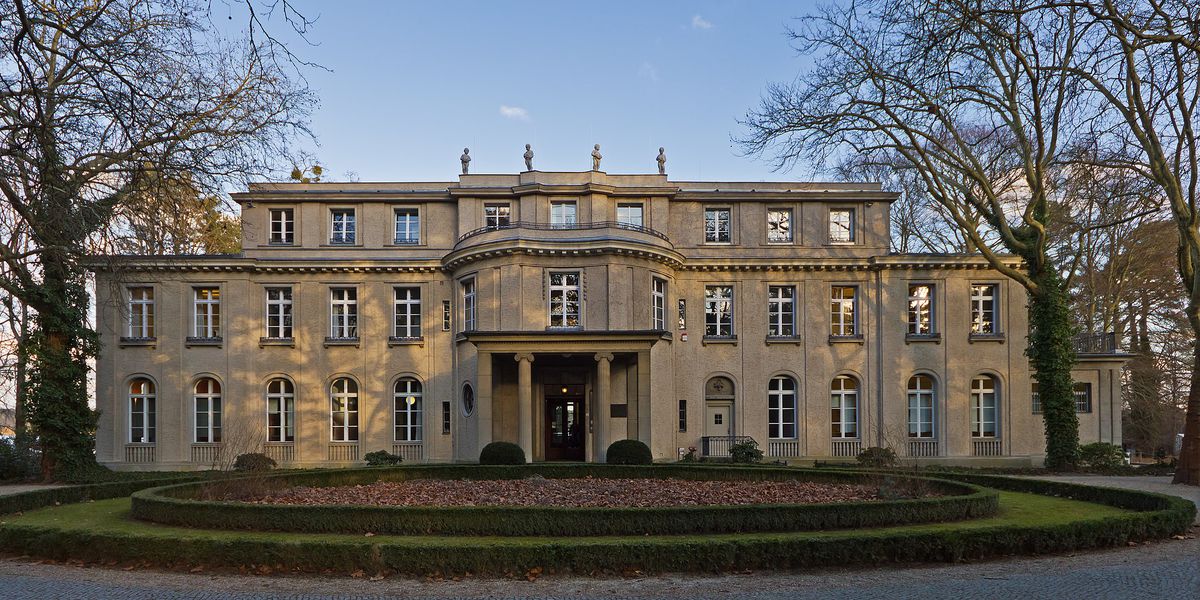 In early 1942, a group of Nazi leaders met at a Wannsee villa in Berlin to plan the systematic murder of Jews, the so-called “Final Solution.” Eighty years later, relatives of victims of National Socialism and state terrorism in Latin America are together this Thursday with descendants of those convicted of crimes against humanity who reject the actions of their relatives. Together they try to add voices against denial and strengthen memory so these crimes are never repeated.

“Responsibility for remembrance does not only lie with the victims, it lies with everyone,” says Héctor Shalom, director of the Anne Frank Center in Buenos Aires and organizer of the Adding Voices meeting, on the phone. Survivors of the horror soon came together to share their experiences, as did families of those killed or disappeared. But social rejection has been encouraged by other actors over the decades, including some unthinkable ones, such as relatives of those regimes’ kidnappers, torturers and murderers.

Your union aims to combat hate speech and the rise of far-right ideologies in both Europe and Latin America that minimize state terrorism. “It seems that these crimes are a thing of the past, but it is a dispute that must continue because, in the midst of the crisis, fascist discourses are regaining strength,” warns Victoria Montenegro, a Buenos Aires MP and granddaughter of Abuelas de Plaza was recovered by Mayo. .

In 1976, Montenegro was just a two-week-old baby when she was kidnapped along with her father, Roque Orlando Montenegro, and her mother, Hilda Ramona Torres, during a military operation on the southern outskirts of the Argentine capital. Roque was a victim of one of the death flights used by the dictatorship to remove the bodies of the hostages, Hilda is still missing but her daughter lived the first 24 years of her life without knowing her true identity. He believed his appropriators, Colonel Hernán Antonio Tetzlaff and his wife María del Carmen Eduartes, were his real parents, until a DNA test revealed the truth: He was one of nearly 500 grandchildren wanted by the grandmothers of Plaza de Mayo became.

It took Montenegro years to embrace its true identity in a process he describes as “long and difficult” and supports the emergence of relatives of perpetrators as “a new voice joining the fight for human rights”. “They are children, nephews who decide to part with the family history and build their own, far from the crimes of their relatives,” he says.

Among the first to take this step in Argentina were Mariana Dopazo, who now defines herself as the ex-daughter of the late torturer Miguel Etchecolatz, and Analía Kalinec, daughter of former Commissioner Eduardo Kalinec, who chose to keep the surname. They publicly separated from their loved ones amid the uproar sparked in Argentina by the Supreme Court’s 2017 prison sentences for crimes against humanity convicts. The massive mobilization of Argentine society against the 2×1 verdict that opened the door to the release of many oppressors was the presence of Dopazo, Kalinec and other relatives of convicts united in the Disobedient Stories collective.

“The bond of affection and family loyalty does not absolve us from rejecting these crimes and working to ensure they never happen again,” says Kalinec. “Families are the hard core where the logic of denial and hate speech is reproduced. It is important to be able to enter this heart of families,” continues this psychologist and teacher, who is facing a process initiated by her father to disinherit her.

The appearance of Historias desobedientes in Argentina attracted attention in other countries and, little by little, voices from beyond the borders joined, which have now also been invited to the event in Berlin. “It is a historic meeting. When you think about what it means, you realize the universal nature of this experience,” says Chilean Verónica Estay, Miguel’s niece. the fantasy Estay, a collaborator with Augusto Pinochet’s regime after betraying his former comrades in the communist youth.

Estay assures that the crimes committed by her uncle – like that which killed three communists in the so-called Degollados case in 1985 – never surprised her because she learned about it from her parents, who opposed Pinochet’s dictatorship. However, family ties became strained when he began publicly denying the corpse what happened. “It’s a subject that isn’t talked about outside. No family member wanted to participate in reports or give testimonies, and I have trouble expressing myself,” says Estay.

“In Chile, the process of remembering is far removed from that in Argentina. Pinochet died free and [el dictador argentino Jorge Rafael] See her in prison. Perhaps progress is now beginning with the new constitution and the start after the revolt, but the number of convicts is very small compared to all those who participated in the repression and the responsibility extends to high ranks who are not touched by it.” says Backstay . He underscores the importance of the fact that the Disobedient Stories group, which he now chairs, also originated in Chile. “Disobedience is a kind of social gauge. In Argentina there are more than 50 relatives, in Chile 10, in Brazil only three or four,” he sums up.

Estay also believes that it is no coincidence that the majority of members are women and links this to the emergence of this new female actor, which has coincided with the new wave of feminists in Latin America. “Feminism is based on the idea that the personal is political. As with abortion and abuse, there is a need to make family secrets public, and in this case it is also a state secret. I think there’s a very close connection,” he says.

By making connections, the oppressors’ relatives have reached the other side of the Atlantic. After the Berlin meeting, Kalinec will travel to Barcelona to present the book We disobedient stories along with Estay and Loreto Urraca, granddaughter of Franco policeman Pedro Urraca, the man who arrested Lluís Companys. Loreto says he got in touch with the members of Historias desobedientes through an Argentine living in Spain. “I discovered that I had brothers across the pond, and it was very comforting to know I’m not alone,” she says. Loreto says he did not learn his grandfather’s story from his family, but through an article in EL PAÍS, and from there started a search, during which he found that his paternal grandfather “was not only persecuting Republican exiles, but also Jews and French resistance fighters.” The aim of the presentation, which will also take place in Valencia, is to find other disobedient relatives.

“I discovered the story of the Spanish exile, a story that had been hidden from us for years, and the international aspect of this tripartite collaboration between the Spanish, French and Nazi police had hardly been explored. I have decided that it must be disclosed because it is very unfair that the memory of all those who lost everything because they were democrats and had to flee certain death from fascism has not been restored,” he adds Add author Between hyenas: family portrait on a war background.

Although he does not take part in the meeting in Berlin, Loreto supports this meeting of many voices, united in the path of remembrance and commemoration of the victims. Shalom points out that one of the relevant events of the meeting is sharing the view from very different places. “There is understanding of the twin pains, that of victims with murdered relatives who have disappeared, and that of the pain of saying, ‘My father is a criminal, my grandfather is a murderer and he died without punishment or conviction. It involves sadness, shame and pain, but there is a sense of dignity in not bearing the burden of silence,” he concludes.