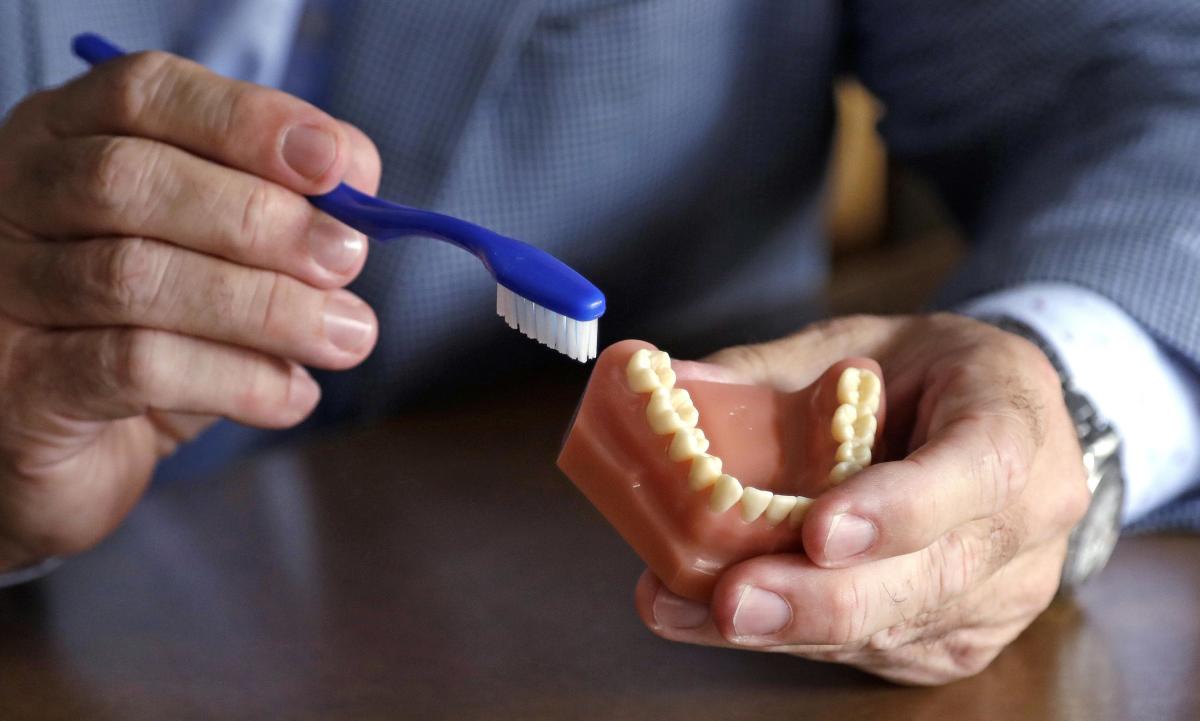 Prosecutors say Scott Charmoli of Wisconsin routinely drilled or broke his clients’ teeth on purpose, racking up millions from the scam.

A Wisconsin dentist has been found guilty of health care fraud and other charges after he intentionally damaged his patients’ teeth to increase profits, grossing millions with his scheme.

Scott Charmoli, 61, was convicted last Thursday of five counts of health care fraud and two counts of making false claims about his clients’ treatment, according to the Milwaukee Journal Sentinel.

With his sentencing scheduled for June, Charmoli faces up to 10 years on each count of health care fraud and a maximum of five years on each of the other two counts.

Prosecutors say Charmoli routinely drilled or broke his clients’ teeth on purpose, charging them for additional treatment services to repair the damage he had just caused. As a result, Charmoli’s profits skyrocketed, with the dentist going from earning $1.4 million and installing 434 crowns in 2014 to $2.5 million in 2015 and installing more than 1,000 crowns, the Washington Post reported.

According to prosecutors, in 2015, Charmoli began pressuring her clients to get unnecessary crowns, a dental procedure in which a tooth-shaped cap is placed on a damaged tooth. Charmoli would drill or break his client’s teeth and submit x-rays of the intentional damage to insurance as “before” photos to justify the crown procedures.

One client, Todd Tedeschi, testified that Charmoli pressured him into getting two crowns in one appointment, even though Tedeschi believed his teeth were fine.

“It seemed excessive, but it didn’t taste any better,” Tedeschi said. “He was the professional. I just trusted him.”

Some of the patients Charmoli harassed into unnecessary procedures were also vulnerable, prosecutors said.

“Some of these patients were extremely vulnerable people in abusive relationships, recently widowed, cancer survivors, and living paycheck to paycheck to pay required copays for unnecessary procedures that I was billing for,” prosecutor Julie Stewart said in 2020.

Between 2016 and 2019, Charmoli billed more than $4.2 million for crowns, performing more crowns than 95% of dentists in Wisconsin during that time. According to testimony from an insurance company executive, while the average Wisconsin dentist performs fewer than six crowns per 100 patients, Charmoli’s rate exceeded 32 crowns per 100 clients.

At the end of 2020, Charmoli had assets worth more than $6.8 million, with vacation homes in Wisconsin and Arizona.

Nearly 100 of Charmoli’s former patients have sued him for medical malpractice, and those cases will begin once Charmoli’s federal criminal proceedings end. While Charmoli’s attorneys did not provide comment in the Post following Charmoli’s conviction, her attorneys did comment during Charmoli’s December 2020 arraignment, where the dentist pleaded not guilty, saying Charmoli was guilty only of “work Lasted”.

“He certainly denies that his hard-earned wealth from many, many years of dental practice in the 40-60 hour per week range is the product of anything other than his own diligence, hard work and sound business acumen.” said defense attorney Nila. Robinson at the time.

Charmoli’s schematics were finally discovered when he sold his dental office in 2019. While reviewing his files, the new owners noted the high rate of crown procedures Charmoli had performed and reported him to authorities.

“The health and safety of patients is my greatest concern as a doctor. As medical professionals, we take an oath to ‘do no harm’ to our patients, so I felt an ethical obligation to report activities I deemed suspicious,” Jackson Family Dentistry owner Pako Major wrote on the practice’s website. .