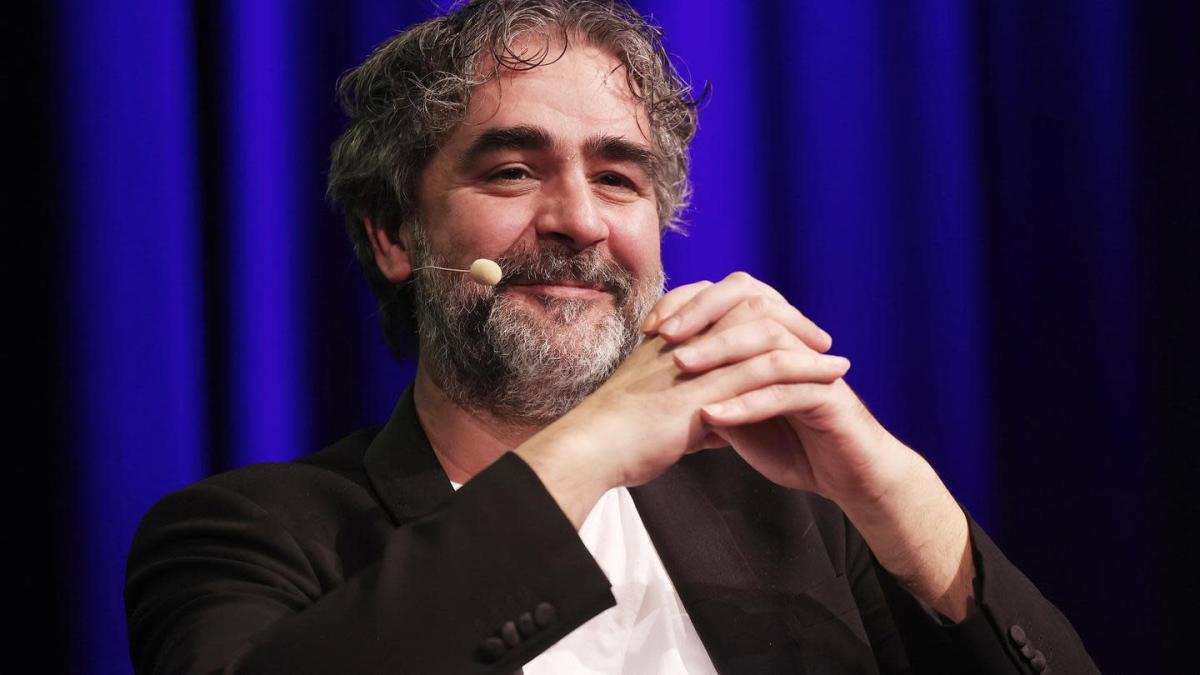 Deniz Yücel, president of the German PEN Center, has called for a no-fly zone in Ukraine. Now some of his predecessors are calling for his resignation.

At the opening event of the Lit.Cologne literature festival, a remarkable event apparently took place. At least five former presidents of the German writers’ association PEN wrote a letter demanding that the current incumbent deniz yucel you can resign immediately. Last week, Yücel participated in a round table on the theme “Solidarity with Ukraine”, where he spoke in favor of considering a no-fly zone when asked how Europe should behave in this war (“It would not be a good idea, isn’t it?”) and spoke at length and enthusiastically about the political implications of this idea.

In the letter, which is available to ZEIT ONLINE, the authors (Jose Haslinger, Christoph Hein, Regula Venske, Gert Heidenreich, Johano Strasser) before Yücel that he had violated the statutes of international PEN with his military-strategic declarations. It contains the obligation to “work with the greatest force the ideal of a (…) humanity living in peace.” In addition, he had “exceeded the powers” of the position. And it almost sounds like the German PEN club is dealing with a bit of a scandal, some kind of fight or at least a debate about what their leader can or cannot say publicly, which is a bit ironic, since PEN is for above all dedicated to the protection of freedom of speech and expression. That applies to imprisoned poets in Turkmenistan, and probably should also apply to the president of the association.

First of all: it probably won’t offend Deniz Yücel if he says that what a German PEN president personally considers appropriate in terms of military strategy is irrelevant to the specific course of the Ukraine war. Fortunately, a writers’ association president doesn’t have to sit in the command room of a military alliance and isn’t in possession of air force mission clearance codes. But that shouldn’t stop you from talking about it. In doing so, you only contribute to the formation of public opinion, which is currently so chaotic, contradictory, partly self-absorbed and often powerless anyway, also in the face of several thousand instant four-star generals who play their rounds of risk in the social networks and hastily convened political conversations, so that Yücel’s considerations fit better with the current murmurs and devices. The damage of declaring him, if any, should be miniscule in case of doubt.

Certainly, Yücel must have said something reckless, possibly also reckless. There are plenty of good reasons to consider the closure of airspace and NATO’s entry into the war wrong, especially when a Russian president has medium- and long-range missiles capable of delivering nuclear weapons. Comparing this threatening situation to a brawl in the schoolyard, as Yücel did, in which someone suddenly pulled out a knife, can be considered naive. But it is not a reason for resignation.

In today’s discussions, which do not only take place on reading afternoons in Cologne, Yücel’s position is not particularly exotic. He is within the established framework of public debate. There are numerous Ukrainian and German writers who share the same opinion, Sasha Marianna Salzmann, for example, even sat at the same event alongside Yücel, who is known to be a full-time author and discussion journalist. A circumstance PEN was familiar with before he was brought into office.

The core of this discussion seems to be how this office should be interpreted in principle: whether it should be an office of dignitaries of the nobility, with careful restraint and symbolic political demands. Or if someone can sit there with a more offensive behavior, sometimes with an excessive desire to debate and thesis and just the awareness to speak also as a journalist and public person and not just as a German club president who writes elegant greetings and warnings. By the way, also someone who, like no one before, faces the dilemma that PEN assumes in its statutes to “work for the ideal of a united world and humanity living in peace”, but now that Russia is launching a war of aggression on Europe leads, which is unfortunately also discussed at literary events, how and by what means this peace can be restored at all.

It is fortunate that Yücel’s most recent predecessors have never found themselves in this situation during long periods of peace in Europe. But it is a bit strange to accuse his successor of struggling for ideas and words in this new situation and general impotence, although some frivolous ones may emerge in the end.

In the end, it may be something else entirely: FAZ recently published a guest article by PEN member Petra Reski on the current dispute, in which she complains about the supposedly harsh tone of voice since Deniz Yücel took office there. The article, which sometimes quotes excerpts from internal emails without much context, gives the impression that PEN itself is now at loggerheads and that there is more anger and trouble among members than the military-strategic considerations of their president. But one can only guess about that. Or write a German Vereinsmeier comedy when the world in general has calmed down a bit.