“Deltakron”: That’s what we know about the new Corona mixed variant of delta and omicron that has appeared in several countries 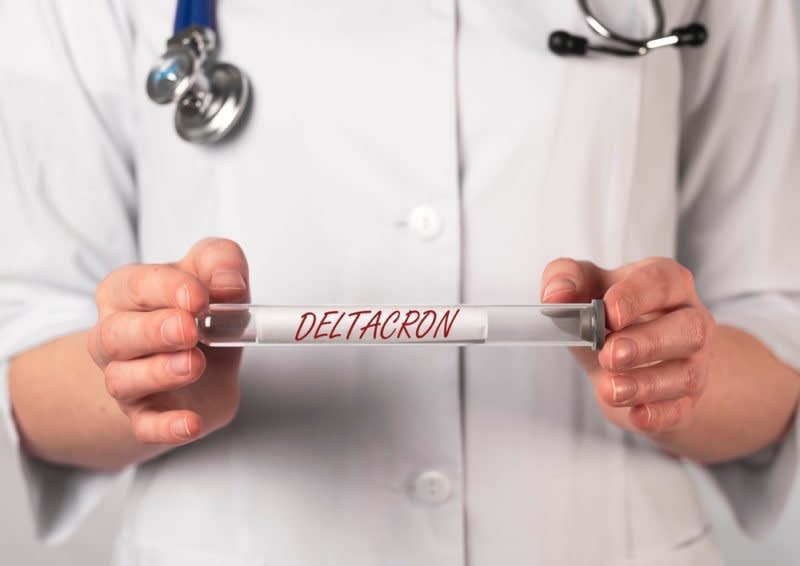 Earlier in the year, a report from Cyprus of a mixed corona variant between Delta and Omikron, dubbed “Deltakron”, caused a stir. The reports referred to an interview with the local broadcaster “Sigma TV”: Leontios Kostrikis from the University of Cyprus identified 25 cases of corona in which a mixed variant of delta and omicron was the cause of the infection.

However, it turned out that it was probably a mistake due to contamination in the lab. “It is very likely that these genomes are artifacts,” said Richard Neher of the University of Basel, Switzerland, a leading expert on virus variants. The Greek crisis team for the corona pandemic made a similar statement.

“Deltakron”: Spiked protein of an omicron variant with the “body” of a delta variant

Now, however, a variant of Corona seems to have arisen, in different parts of the world, containing elements of both delta and omicron. Scientists reported this on the Gisaid platform.

Gisaid is used for the rapid global exchange of new data on all influenza viruses and SARS-CoV2. The researchers are uploading genetic sequences and associated clinical and epidemiological data related to the viruses here to better understand their evolution.

According to the platform, France’s renowned Pasteur Institute has provided the first hard evidence of the new variant. Therefore, Deltakron has already been identified in France, Denmark and the Netherlands.

Also in Great Britain, a mixture of the Delta and Omicron variants has now been detected in more than 30 corona cases. This was announced by the UK Health Security Agency at the end of February. The variant was placed on a watch list here earlier this month after the first cases emerged.

Scientist Philippe Colson from the IHU Mediterranee Infection in Marseille published a preliminary study a few days ago according to which he and his team discovered Deltakron in three patients in France. In all of them, the spike protein of an omicron variant was combined with the “body” of a delta variant, he reports there.

However, this does not always seem to be the case. In a “Guardian” report, Etienne Simon-Loriere of the Pasteur Institute explains that various combinations can be formed from delta and omicron, each of which only resembles each other to a limited extent.

“The viruses we see in France and in Denmark/Netherlands look very similar and could be the same recombinant viruses (with the same parental viruses) that traveled,” he said. Findings in Britain, for example, may differ. “We may need to find a different name for these recombinants or add a number,” the researcher told The Guardian.

So far, Deltakron has not given cause for concern.

Since there have been so few confirmed cases so far, it is too early to know whether Deltakron infections are more contagious or cause a more severe course of the disease, Philippe Colson said, according to Reuters.

According to experts, so-called recombinant variants are not uncommon and therefore not a cause for great concern. “Usually it’s a scientific curiosity, but not much more than that,” Jeffrey Barrett, who used to lead the Covid-19 genome initiative at the Wellcome Trust Sanger Institute, told The Guardian. This is also supported by the fact that very few cases of Deltakron have been observed worldwide so far.

Genetic recombination usually occurs when two virus variants infect the same host cell. Because several variants were circulating at the same time and in the same places during the pandemic, two variants could be combined in this way, in this case Delta and Omikron.

- Advertisement -
Share
Facebook
Twitter
Pinterest
WhatsApp
Previous articleThe reception plan for Ukrainians adds 21,000 places and is completed with families
Next articleThe mother of murdered girl Star Hobson had her sentence increased after the 16-month-old boy was killed by his girlfriend