Del Bosque on Xavi: “I see him well” 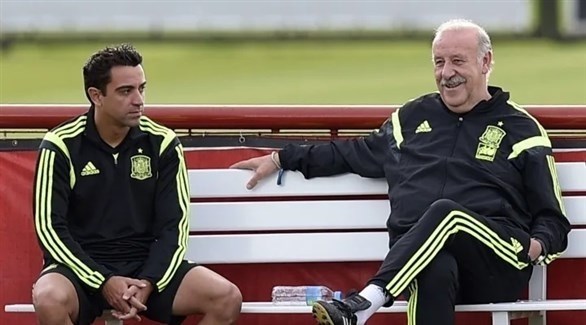 The former Spain coach and former Real Madrid player, Vicente del Bosque, confirmed that he sees Xavi Hernández well in this new stage as Barcelona coach, and pointed out that the former Barça midfielder has always had the desire to become a coach after retiring from the soccer.

Del Bosque, who was coach of ‘La Roja’ between 2008 and 2016, trained Xavi while he was a player for the national team, which was crowned with the European Championship and the World Cup.

While attending today, Thursday, a friendly exchange tournament between former Real Madrid and Barcelona players on the occasion of the ‘El Clásico’ match that will face the two teams next Sunday, Del Bosque said: “I see that Xavi is doing well, and The experience he has gained in recent years weighs on him as a coach.”

He added that the former Qatari Al-Sadd coach “has experience and knowledge and will do a good job, as he has always expressed an interest in becoming a coach.”

Regarding the ‘El Clásico’ match that the Santiago Bernabéu will host on matchday 29 of the Spanish Football League, De Bosque said that “I don’t know who will win”.

He remarked: “What is hard for me to say is that Barcelona have no chance of winning the League, Real Madrid and Sevilla are the two that have the most chance, but in football you have to be very careful.”

Real Madrid leads the league with 66 points, 10 points ahead of runner-up Sevilla, and 15 over Barcelona, ​​​​which is third against Atlético de Madrid with the same number of points, but with a goal difference in favor of “El Blaugrana”, which also has a pending match.