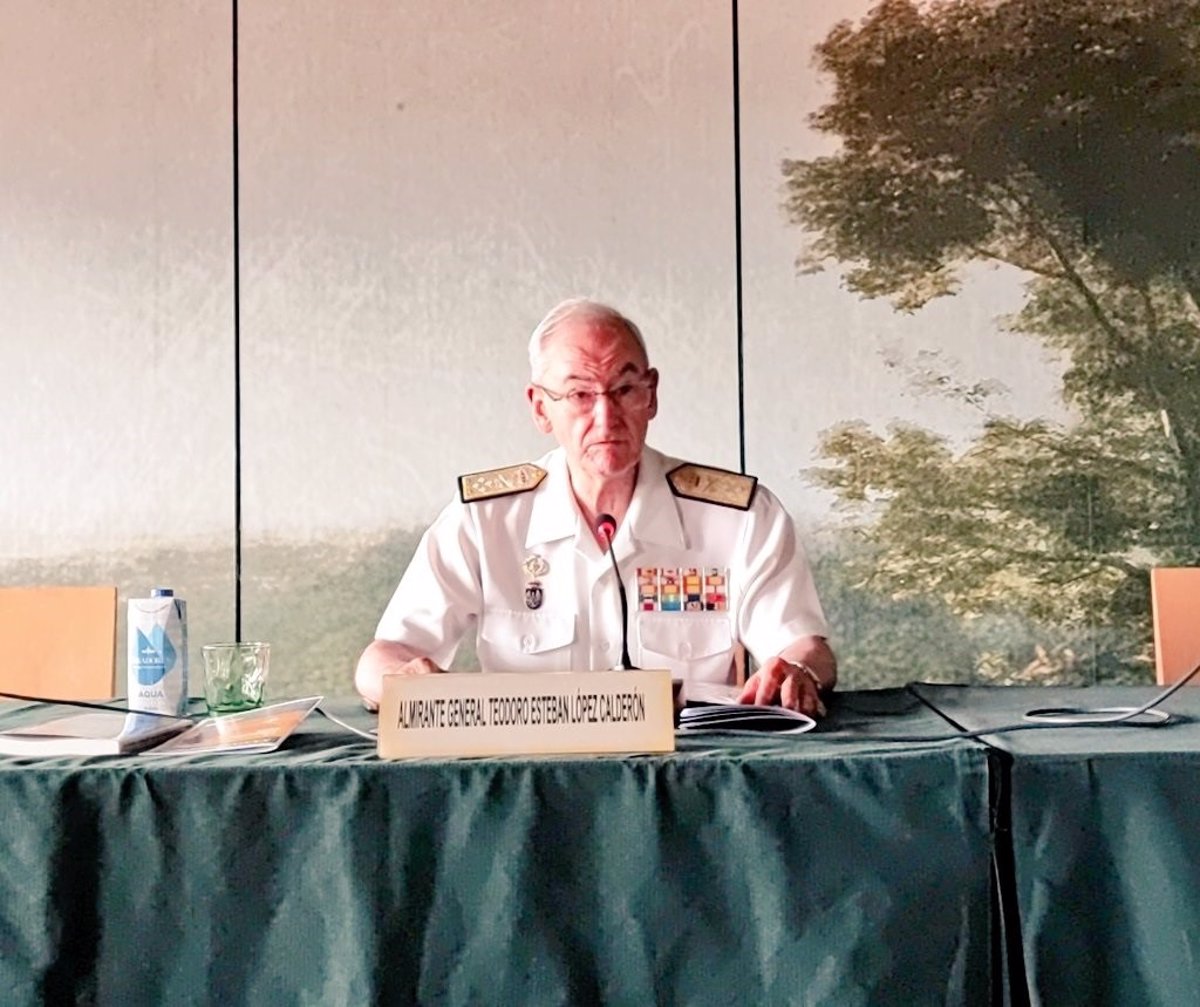 Defense Staff Chief Teodoro Esteban López has expressed his belief that the summit that the North Atlantic Treaty Organization will hold in Madrid on June 29-30 is very relevant, in line with the upheaval caused by the Russian invasion Changes will lead to Ukraine. He believes that in the new strategic concept that will define the alliance in Madrid, Russia’s position will be defined as a “threat”.

Esteban López made these statements at the end of the XXXIV. International Seminar on Security and Defense held this Wednesday and Thursday in Toledo and organized by the Association of European Journalists.

In this regard, he has indicated that due to the current circumstances, next week’s meeting of the members of the Atlantic Alliance in Madrid has “acquired a very relevant meaning” since it will undoubtedly “mark the course that it will take in the next few years”.

In his dissertation, he recalled that 25 years ago, in 1997, Madrid hosted another NATO summit and pointed out that there are certain parallels between the two. “In both there is the unfortunate fact that in 1997, due to the problem of destabilizing the former Yugoslavia, we found ourselves in the prolegomena of what later became the war in Kosovo. This year, in the heart of Europe, we live an invasion of the Russian Federation in Ukraine.”

“As on this occasion, some very relevant changes are expected, consistent with the shock unleashed by the invasion of Russia. A number of transcendental changes were also initiated in 1997, such as the accession of the countries that in their time were part of the Warsaw Pact and now they are our allies. This has brought about a very important change in the security structure in Europe,” he added.

Regarding the content of the summit, Esteban López said that the most important thing is the new strategic concept, which will determine the course of the alliance in the coming years. “This document maintains the basic tasks of the Alliance, defined in 2010, such as deterrence, collective defense, crisis management and cooperative security, but given the situation in Ukraine and, of course, with a more specific emphasis on deterrence and defense, the attitude of Russia”.

“This will, in contrast to the previous strategic concept, see Russia’s position as a threat to the alliance, but maintaining the so-called 360-degree vision, in which all allies show our commitment and solidarity, both facing east , south or any other axis from which some kind of threat might arise,” he said.

And the chief of defense staff believes that it is necessary to maintain this vision to the south due to the increase in terrorism in the Sahel and the “very clear Russian penetration in many countries”. lying below Europe. “A renewed and necessary commitment to investment in defense of all allies will also be formalized,” he stressed.

RISE OF THE ARMED FORCES THANKS TO NATO

Against the background of the 40th anniversary of Spain’s accession to NATO, Esteban López emphasized that during this period as an ally, the country has always demonstrated its “commitment and determination” to the alliance and the principles that govern it, “the through protecting the liberty, common heritage and civilization of its peoples such as democracy, individual liberties and the rule of law”.

Evidence of this, he continued, is the important contribution Spain has made to NATO, both in terms of capabilities and participation in command and force structures.

“For Spain, NATO is not only the most important defense umbrella under Article 5 of the Washington Treaty. It represents a community of states that defends the importance of respect for the international order based on rules as a means of regulating relations between states.”

For its part, according to Esteban López, Spain, due to its geographical enclave, offers the Alliance a position of enormous strategic importance, which allows it to act as a bridge between continents facing east and south and to contribute additional forces to its operations. “We are the seventh Allied country and ready to deploy a range of armed forces if necessary as we are the fifth country to engage within the Alliance,” he stressed.

The head of the defense staff also spoke of the “benefits” that NATO membership brought for Spain. As detailed, it has enabled the country’s armed forces to make “great progress in general”. “They were technically transformed, also in the conceptual area. We have achieved full interoperability with allies, which has resulted in a qualitative leap in efficiency and operational readiness that has enabled us to transform our armed forces in all their facets at our pace.” the times have demanded.

“In its 40 years of belonging to NATO, nearly 125,000 members of the Spanish Armed Forces have taken part in operations under its command, maintaining on all sides a continuous effort outside our borders and showing our solidarity with allies in the 360 ​​degrees of the Alliance that we defend, which has given us great operational experience in many environments,” emphasized the Chief of Defense Staff, who concluded by recalling that the Spanish flag is currently present in six missions.

- Advertisement -
Share
Facebook
Twitter
Pinterest
WhatsApp
Previous articleThe Korean version of “La Casa de Papel”: what time is it broadcast in your country?
Next articleJ.Lo and Emme Muñiz prove how important it is to leave prejudice behind and speak with an inclusive language