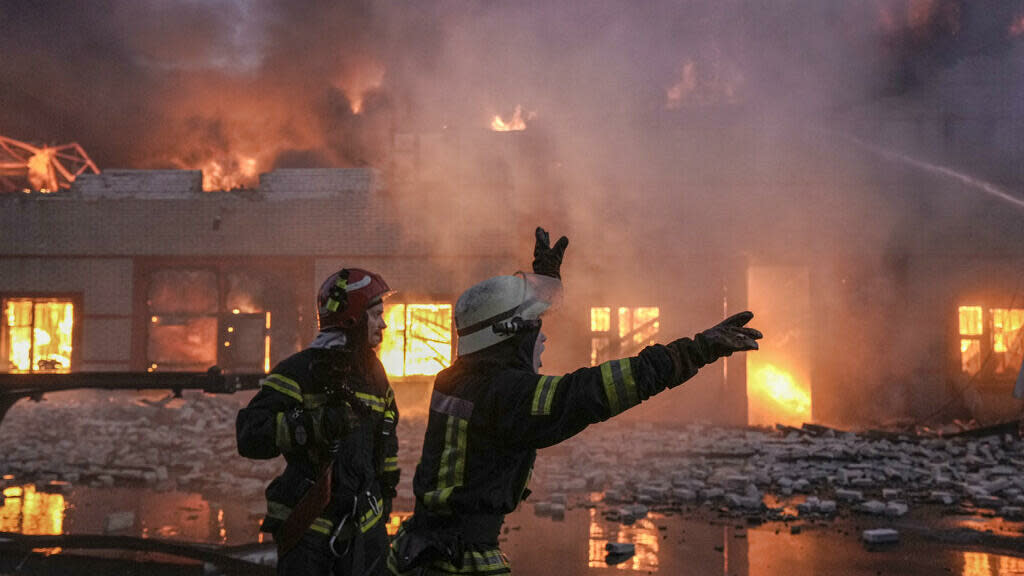 Ukraine rejected a Russian ultimatum to hand over the defeated southern city of Mariupol on Monday morning, as overnight shelling killed six people in the capital kyiv. Meanwhile, US President Joe Biden announced a trip to Poland for crisis talks on the Russian invasion.

“We cannot talk about handing over weapons,” Vereshchuk told the online newspaper Ukrainska Pravda, “we have already informed the Russian side.”

The Kremlin military command warned the Mariupol authorities that they had until 5 am on March 21 to respond to eight pages of demands, which the Ukrainian authorities said would amount to capitulation.

“We call on units of the Armed Forces of Ukraine, territorial defense battalions, foreign mercenaries to stop hostilities, lay down arms,” ​​Russian Colonel-General Mikhail Mizintsev said, warning that those who did not surrender would face a council of war, and worse.

The pushback from kyiv came as Russian bombs hit targets across the country overnight, killing at least six people in kyiv and allegedly damaging a chemical plant in the country’s north causing an “ammonia leak”.

In Washington, the White House said that President Biden, who is scheduled to visit Europe this week to meet with leaders of NATO, the G7 and the European Union, will also travel to Poland.

He is expected to hold talks with President Andrzej Duda on a joint response to the humanitarian crisis that has caused some two million Ukrainians to flee to Poland alone.

The humanitarian crisis is perhaps most acute in Mariupol, where for nearly a month Russian forces have bombarded and routed the southern port city, trapping some 350,000 people.

The UN has described the humanitarian situation in the city as “extremely dire” with “residents facing critical and potentially fatal shortages of food, water and medicine”.

Mariupol is a critical target in Vladimir Putin’s war in Ukraine, providing a land bridge between Russian forces in Crimea to the southwest and Russian-controlled territory to the north and east.

A Greek diplomat who stayed in the city during part of the bombardment said it would be among the most ruinous war attacks in history.

“Mariupol will be included in a list of cities in the world that were completely destroyed by war, like Guernica, Stalingrad, Grozny, Aleppo,” said Manolis Androulakis after flying back to Athens.

‘The Russians want to exterminate us’

In his latest video address, Ukrainian President Volodymyr Zelensky accused Russia of bombing a Mariupol school housing hundreds, calling it an act of “terror that will be remembered even in the next century.”

“The Russian forces have come to exterminate us, to kill us,” he said.

The attack on the school was the latest potentially devastating attack on a civilian shelter. Last Wednesday, a theater where authorities said more than 1,000 people had taken refuge was attacked and hundreds are still missing in the rubble.

Mariupol officials have said that the occupation forces have forcibly transported some 1,000 residents to Russia and stripped them of their Ukrainian passports, a possible war crime.

A group of children trapped in a Mariupol clinic for weeks are among those who have been taken to Russian-controlled territory, said a caregiver and a relative of a clinic worker.

The 19 children, aged between four and 17 and mostly orphans, lived in icy basements hiding from shelling in harrowing conditions.

President Zelensky has again suggested that he and Putin hold direct talks.

Authorities in Turkey, where Russian and Ukrainian representatives have been negotiating, said the two sides were close to reaching an agreement to stop the fighting.

But the Ukrainian leader seemed to draw some red lines.

“You can’t just require Ukraine to recognize some territories as independent republics,” he told CNN. “We have to come up with a model in which Ukraine does not lose its sovereignty.”