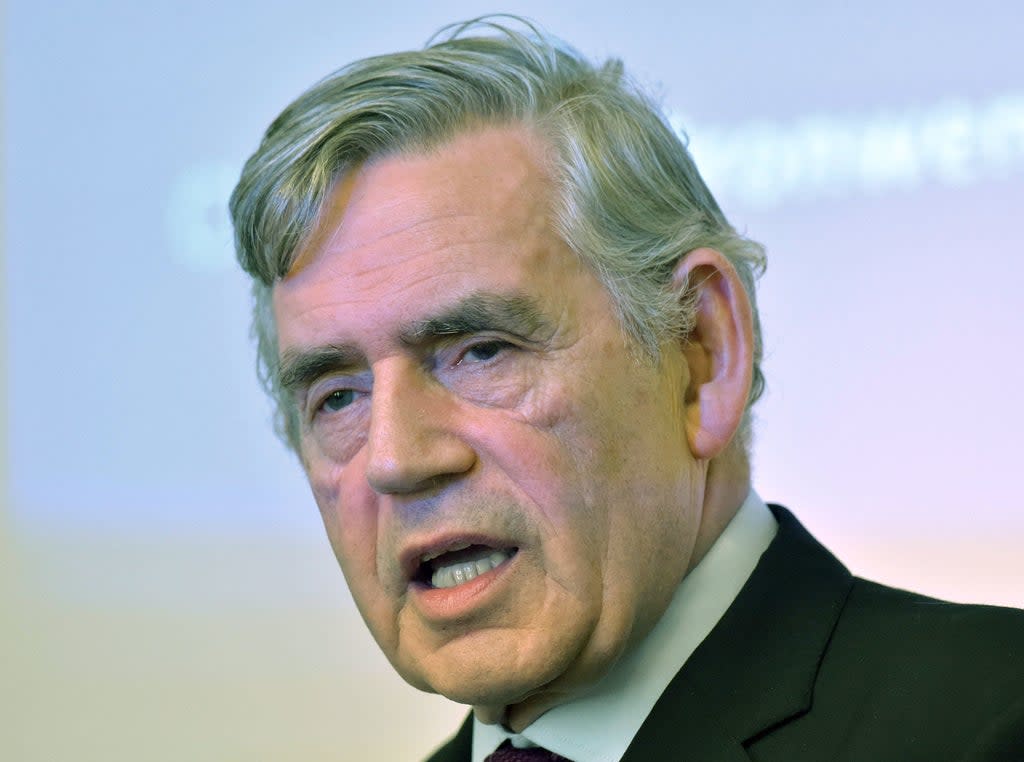 Devolved leaders across the UK should join forces to demand a change in approach from Westminster in response to the cost of living crisis, a former prime minister has said.

People across the country are bracing for rising energy costs, as well as the impact of the Russian invasion of Ukraine on global gas prices and an increase in national insurance.

Writing in the Daily Record newspaper on Monday, Gordon Brown said both the UK and Scottish governments are not doing enough in their response.

Along with the national insurance increase, some six million families across the UK were also affected by the end of a £20 a week increase in Universal Credit put in place during the pandemic, which was scrapped last year.

Yet even as they face staggering increases in suffering, neither the UK nor the Scottish government is doing enough.

In response to the cost of living crisis, the UK government committed to providing a £200 discount on energy bills that would have to be paid back, along with a £150 council tax rebate.

Scottish Finance Secretary Kate Forbes announced they would mirror the UK government’s council tax aid, which would be provided to anyone in tax band D or below.

The Scottish government’s plan was “almost a carbon copy” of the UK’s, Brown said.

“So when it comes to failing fairness, the Scottish government can’t just blame Westminster.

The former first minister lashed out at the two ruling administrations, writing: “And yet, even as they face shocking increases in suffering, neither the UK nor the Scottish government are doing enough.”

“For years, they have advocated for the right to do things differently and then immediately after they get the opportunity, they do the same as the Conservatives,” he said.

Brown added: “It is clear what needs to be done.

“The leaders of Scotland and Wales, as well as the mayors of England, should come together to put pressure on the UK government to offer more support.

“Firstly, linking up with the Mayors of England, the First Minister of Wales and all sections of decent opinion in Scotland and Britain to demand UK-wide policy change on taxes, benefit levels and aid for heating.

“One demand that everyone could unite on is to restore the Universal Credit increase of £20 a week taken from six million families a few months ago, worth £1,000 a year.”

He went on to urge the Scottish government to “at least double the money they have made available so far” by targeting funding to the poorest, as well as increasing winter fuel payments.

An analysis by the Daily Record found that if the funding were targeted at those receiving a reduction in council tax, the support could be increased to £600.

Barnett consequently added around £290m for Scotland created by increased local government funding from the UK government, Ms Forbes said, it was found to be not new money and in fact already they were embedded in the Scottish Government funding package for 2022-23.

The Treasury rejected Ms Forbes’s claim, which meant that cuts had to be made to the Scottish budget before it passed at Holyrood to find the money needed to fund the support.

SNP MP Peter Grant took to Twitter to respond to Mr Brown’s remarks, attacking the former First Minister for not delegating more powers to the Scottish Parliament during his time in charge of the Government.

“That will be the same Gordon Brown who refused to return control of pensions, benefits, employment, energy costs, VAT and excise duties, or government loans, to the Scottish Parliament, even when his own party was in power,” he said.

As long as the key powers that address the cost of living remain in Westminster, we will tackle poverty with one hand tied behind our back.

SNP MSP Kenneth Gibson echoed Mr Grant’s criticism of the former prime minister, saying: “Politicians like Gordon Brown sold Scotland a history of more powers if we voted No, powers that would have helped Scotland to do more to address the cost of living crisis.

“And yet Labor still sides with the Conservatives in standing in the way of more anti-poverty powers coming to Scotland – Gordon Brown’s hypocrisy is simply stunning.”

He added: “The SNP has long fought to see additional tax and social security powers devolved to Scotland, and we have used the limited powers we have alongside our fixed budget, to make Scotland fairer, including through of a more progressive income. tax policy and the delivery of seven new benefits, including the Scottish Child Pay, which is unique in the UK and has been described as a “game changer” by poverty organisations.

“We will spend an additional £361m on social security in the next financial year from what we get from the UK government, plus what we spend on mitigating their welfare cuts, but as long as the key powers address the cost of living” . stay in Westminster, we will tackle poverty with one hand tied behind our back.”