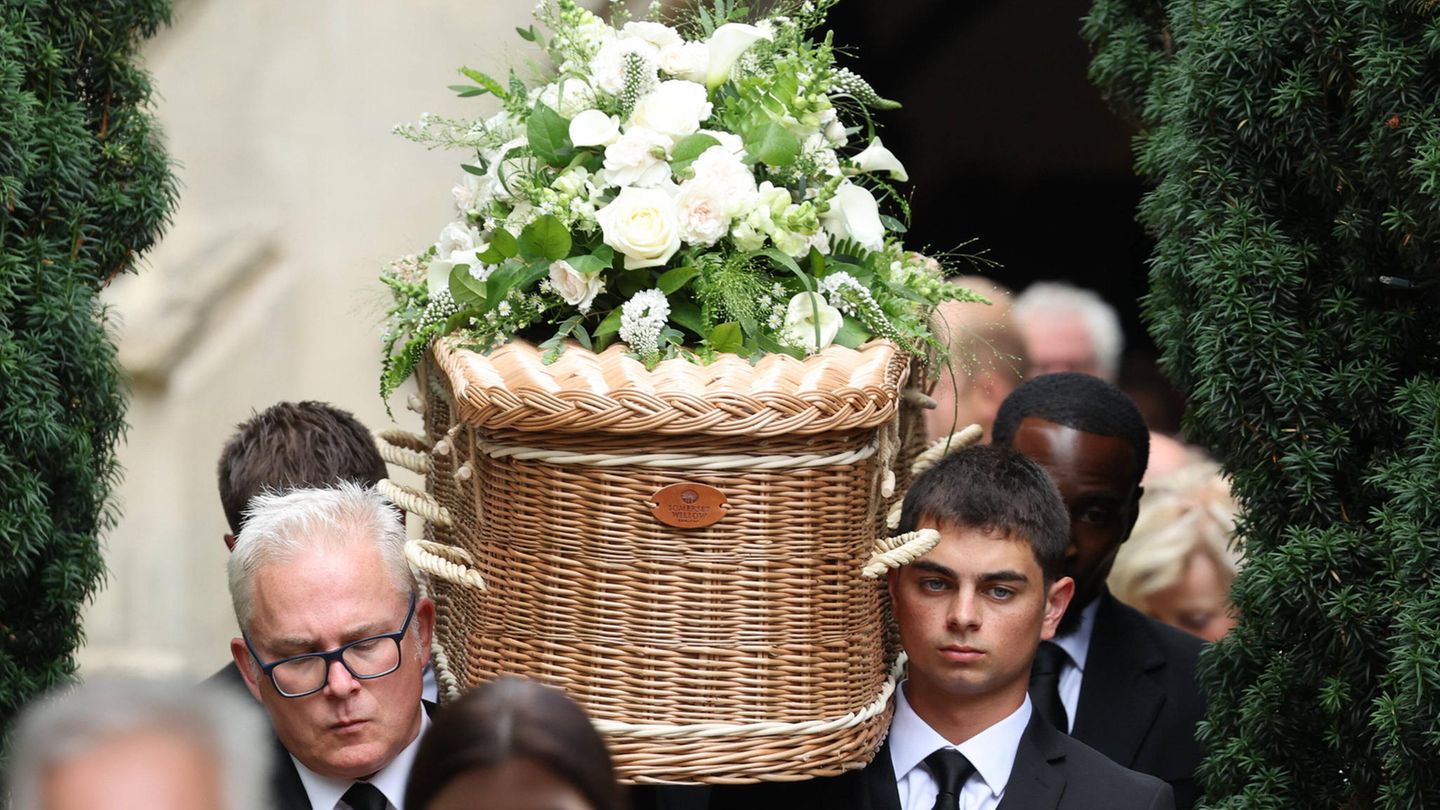 After years of fighting, Deborah James succumbed to cancer at the end of June, at only 40 years old. Now the BBC presenter has been laid to rest in a moving ceremony.

The death of Deborah James, † 40, who had just been knighted by Queen Elizabeth, 96, for her work as an educator, has affected all of Britain. “We are deeply saddened to announce the passing of Dame Deborah James – the most wonderful wife, daughter, sister and mother,” her family posted on June 28, 2022 on their official Instagram account. Now her family is saying goodbye to Deborah one last time.

Deborah James was buried in London

These are deeply moving images: Dame Deborah James was buried on July 20, 2022. The podcaster’s coffin was driven through the streets of London to St. Mary’s Church in a Rolls-Royce. The vehicle was escorted on foot by the mourners, starting with Deborah’s husband Sebastien Bowen and their children Hugo, 14, and Eloise, 12. When the funeral procession arrived, the church bells rang at 12.30pm local time, the Daily Mail reports. . .

Deborah James’ husband Sebastien Bowen escorts her casket to church with their children, Hugo and Eloise, and other family members

At the service, Sébastien gave a eulogy, Hugo and Eloïse recited poems for their beloved mother. Additionally, the ceremony was musically accompanied by cellist Charles Watt and jazz singer Natalie Rushdie performed the song “Tell Me It’s Not True” from the musical “Blood Brothers.”

The family mourns during a private memorial service

After the approximately hour-long service, Deborah James’ wicker casket, decorated with the white roses that bear her name, was taken out of the church and taken to the cemetery.

Deborah James’ coffin is taken out of the church

Mourners, including musician Tom Fletcher, 37, said goodbye to Pastor David Cooke outside St. Mary’s Church, watched the car drive away and hugged. Deborah’s family and friends are said to have held a private memorial service afterwards.

Deborah James was knighted by the Queen

Deborah James was diagnosed with stage IV colon cancer in 2016. The host has been documenting her illness and associated treatments on social media ever since. Four years later, she was cured of cancer, but the disease returned a little later.

However, she did not give up, continuing her fight and tirelessly raising funds for cancer research. For her engagement, Queen Elizabeth knighted her in May this year and gave her the title of “lady”.

Previous articleLavrov assures that Russia’s military goals in Ukraine “go beyond the Donbass”.
Next articleFitbit Charge 5: Here’s how you can find your smartphone with the fitness tracker