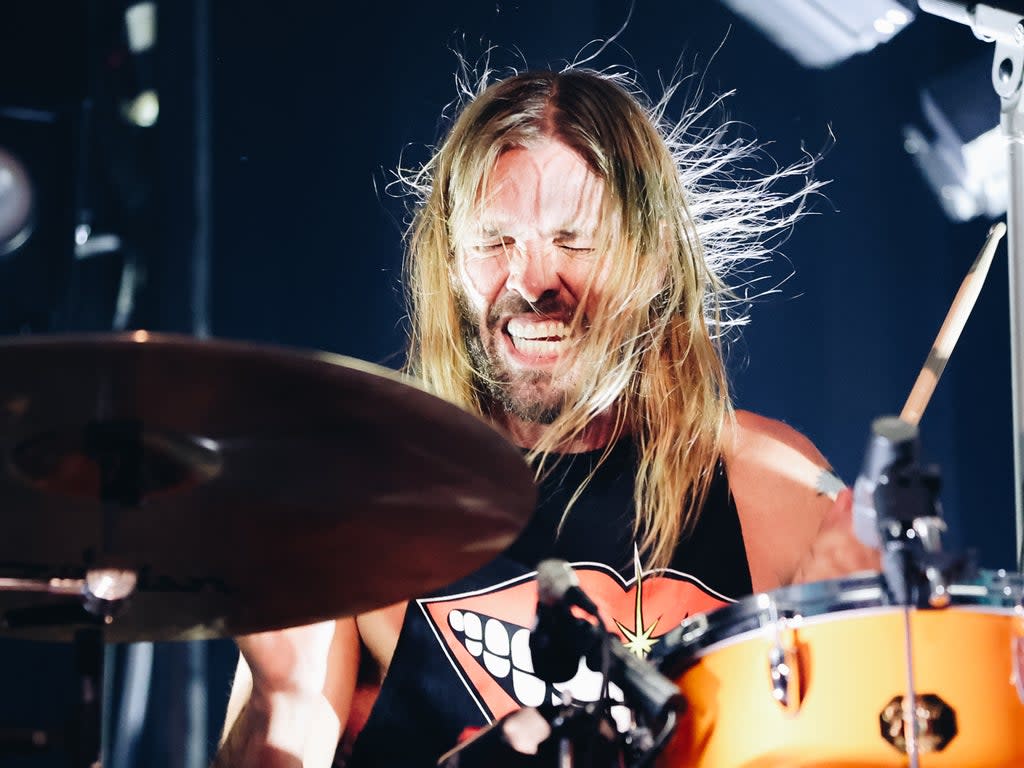 The news was announced on Friday (March 25) by the band, who are currently on tour in South America.

“The Foo Fighters family is devastated by the tragic and untimely loss of our beloved Taylor Hawkins,” read a statement shared on Twitter.

“His musical spirit and infectious laugh will live with us all forever.”

Online tributes quickly began pouring in for Hawkins, with Barker saying he “didn’t have the words” as he shared his emotional first memory of meeting Hawkins.

“I will never forget the days in Laguna Beach when I was a garbage man playing in a punk rock band and you played with Alanis,” he wrote. “You’d come see me play in dive bars and say, ‘Boy, you’re a star.’ And I thought you were crazy but you gave me so much hope and determination.

“Years later we toured with Blink and Foo’s in Australia and I have the fondest memories of smoking cigarettes in the bathroom on the flights we were on together and seeing your performance every night. Saying I’m going to miss you my friend is not enough.” Until the next time we talk about drums and smoke in the boys’ bathroom… Rest in peace.”

“My heart, love and condolences go out to his wife, his children, his family, his band and his fans,” he wrote. “See you on the other side – Ozzy.”

Gallagher said he was “absolutely devastated” by the “sad news” of Hawkins’ death, adding: “My thoughts and prayers are with his family and friends RIP brother LG x.”

Former Beatles drummer Starr also expressed his condolences and wished “peace and love” for those close to Hawkins.

Members of the rock band Nickelback said they were “absolutely in disbelief” at the news.

“Our deepest condolences to his family, his bandmates, his crew, his friends and everyone who has ever been touched by the music he created with @foofighters @Alanis and so many others,” the band tweeted.

“This is incredibly sad.”

“God bless you Taylor Hawkins,” he said, sharing a photo of them together. “I loved your spirit and your unstoppable rock power. Rest in peace my friend.”

Oscar-nominated producer Finneas O’Connell said “the world was lucky” to have experienced Hawkins’ “gifts” before his passing.

“I’m so heartbroken to hear about the passing of Taylor Hawkins, what an incredible talent, that he didn’t need to be so kind and generous and cool, but he was all those things too,” he said. “The world was so lucky to have your gifts by the time you did, rest in peace.”

Kiss member Gene Simmons said he was “shocked and saddened” by the news of Hawkins’ death.

He wrote: “Our prayers and condolences go out to the Hawkins family, friends and fans of @foofighters. Sorry.”

“Taylor Hawkins 1972-2022,” The Smashing Pumpkins tweeted. “Our deepest condolences to Taylor’s family, his fans and, of course, his band.”