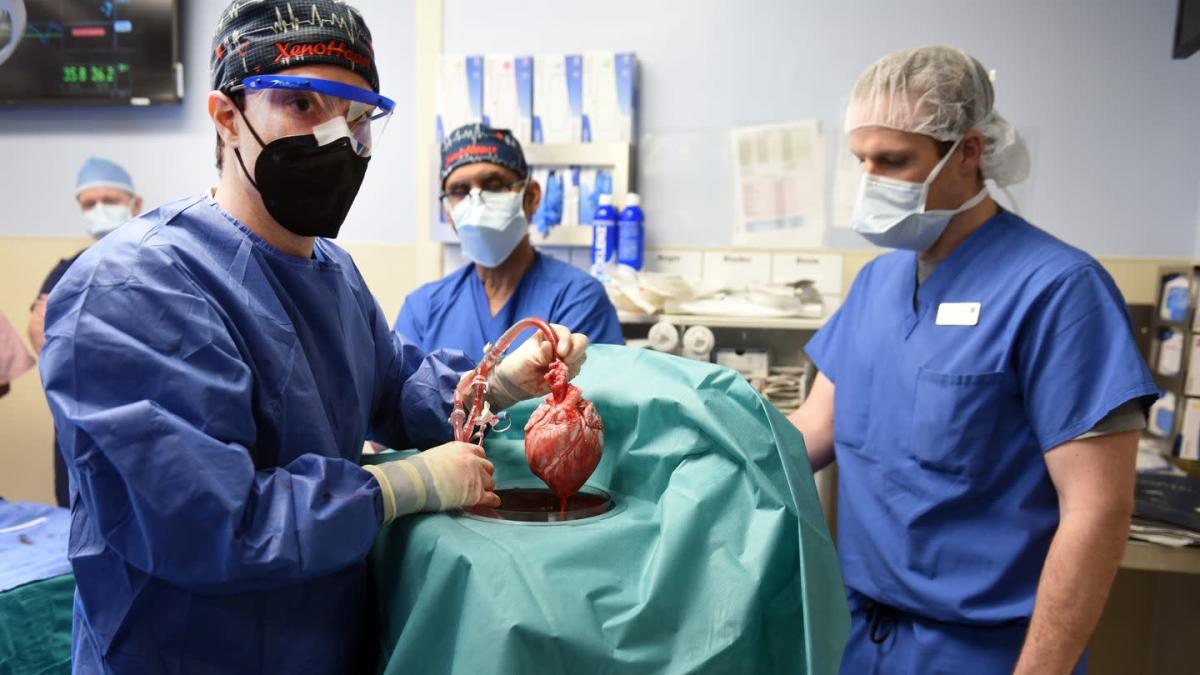 Baltimore (dpa) – After the death of the world’s first patient with a transplanted pig’s heart, responsible doctors want to carry out more such transplant attempts.

“We gained invaluable information and learned that a genetically modified pig heart can function well in the human body if the immune system is properly suppressed,” Baltimore University Hospital surgeon Muhammad Mohiuddin said in a statement Wednesday. “We remain optimistic and plan to continue our work with additional clinical trials.”

The patient had a “unique and historical role”

David Bennett, who was the first patient in the world to have a pig heart implanted as a replacement organ in early January, died Tuesday at the age of 57, University Hospital in Baltimore announced Wednesday. His condition began to deteriorate a few days ago. He eventually received hospice care. In his last hours he was still able to communicate with his family.

No definitive cause of death identified

What exactly Bennett ultimately died of was not initially revealed. “At the time of his death, no clear cause of death had been identified,” a university hospital spokeswoman told the New York Times. The doctors in charge would conduct a thorough examination and publish the results in a scientific journal.

“We are devastated by the loss of David Bennett,” said surgeon Griffith. “He proved to be a brave and honorable patient who fought to the end.” Bennett became known throughout the world for “his courage and his unwavering will to live.” Bennett’s son, David Bennett Jr., thanked the doctors. “We are grateful for every groundbreaking moment, every crazy dream and every sleepless night that was part of this historic effort.” Bennett is survived by another adult son, five grandchildren and two sisters.

In October 2021, he went to the University Hospital of Baltimore as a serious patient. Because the man, who suffers from life-threatening heart disease, was classified as unsuitable for a heart donor, the US health authority FDA granted an exemption for the attempt to save his life with the animal organ.

In early January, the man had the genetically modified pig organ implanted in an operation that lasted several hours. This was considered a milestone in the field of organ transplantation. The patient was then connected to a cardiopulmonary bypass machine for a few days.

The man’s condition was initially relatively stable, the clinic said. The heart “functioned well”, there were no signs of rejection. Bennett was “better than expected,” he was “remarkably awake,” he told himself. The man was able to spend time with his family and did physical therapy. Among other things, he followed the Super Bowl football show and often talked about wanting to go home with his dog, Lucky.

The so-called xenotransplantation, that is, the transfer of animal organs to humans, has been investigated since the 1980s. Pigs are particularly suitable as donors because their metabolism is similar to that of humans. According to scientists, the survival record for a pig-hearted baboon in Germany is 195 days. The basis for similar operations on people as in the US has also been created in Germany, but it is not yet clear when that might be. Advances in the field could bring hope to tens of thousands of people waiting for donor organs.