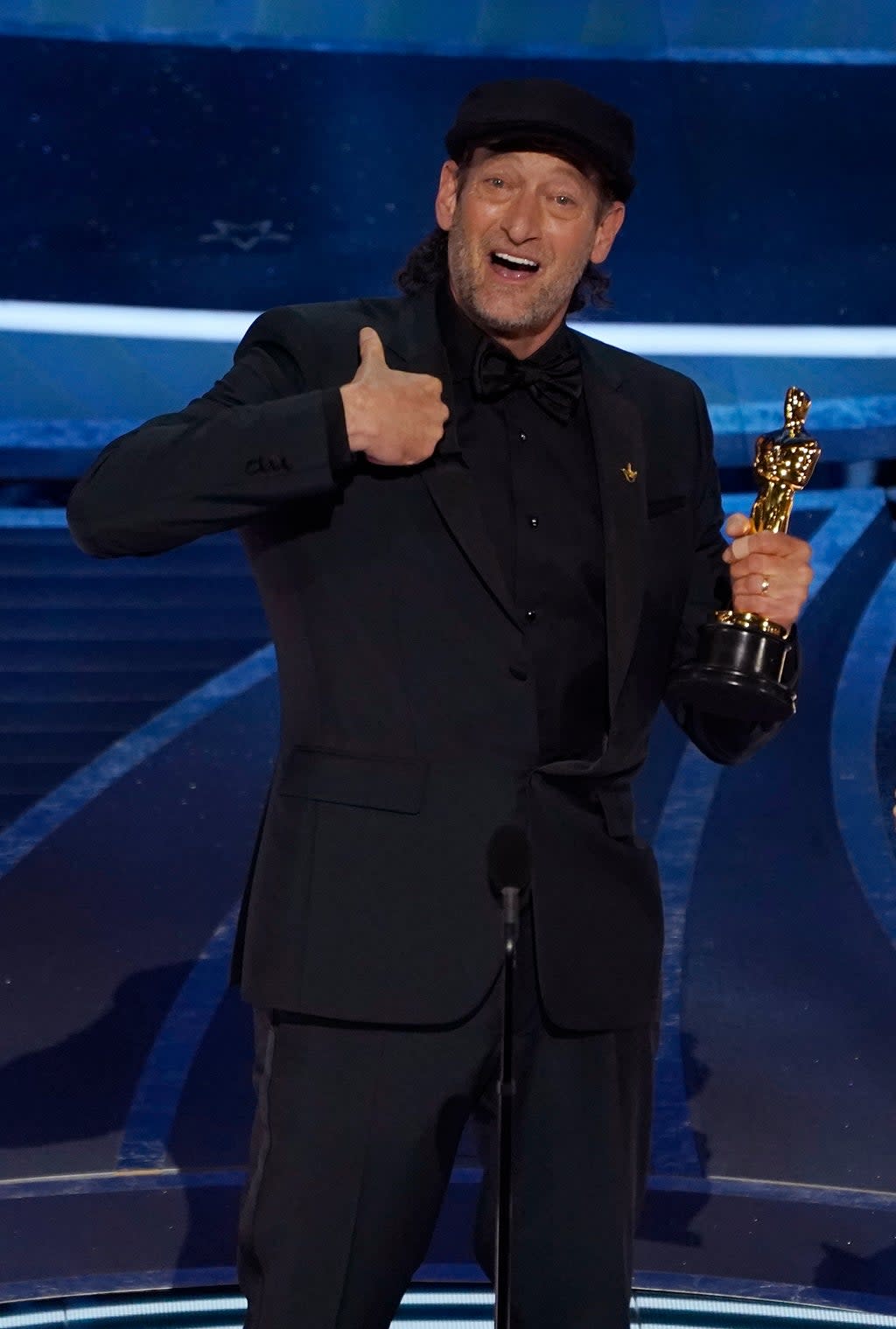 Troy Kotsur dedicated his Oscar to “the deaf community, the Coda community and the disabled community,” adding, “This is our time,” as he made history with his win for best supporting actor.

The actor is the first deaf male actor to win an Oscar, having won the statuette for his role as the father of Coda (son of deaf adults) in the film of the same name.

Kotsur looked overwhelmed as he made his way to the stage accompanied by his performer, who has been a regular fixture throughout his awards season journey, where he has collected a number of gongs.

Speaking about his recent trip to the White House with the rest of the Coda cast, he revealed that he wanted to teach US President Joe Biden “dirty sign language”, a reference to a scene from the movie, but his partner stopped him. Marlee Matlin, who was the first deaf artist to win an Oscar in 1987.

He said, “I was planning on teaching you guys some dirty sign language, but Marlee Matlin told me to behave myself, so don’t worry Marlee, I won’t drop any bombshells in my speech today.”

He also praised the “wonderful theater settings for the deaf, where I had the opportunity to develop my craft as an actor.”

Addressing his director Sian Heder, he said, “You are our bridge and your name will forever be on that Sian Heder bridge in Hollywood.”

Kotsur added, “My dad was the best signer in our family, but he was in a car accident and was paralyzed from the neck down and couldn’t sign anymore.

“Dad, I learned so much from you that I will always love you, you are my hero. Thanks to my biggest fans.

“This is our moment”.

Earlier in the ceremony, West Side Story star Ariana DeBose won the Oscar for best supporting actress and spoke of her pride in being an “openly queer woman of color.”

The film also garnered awards for cinematography and visual effects.