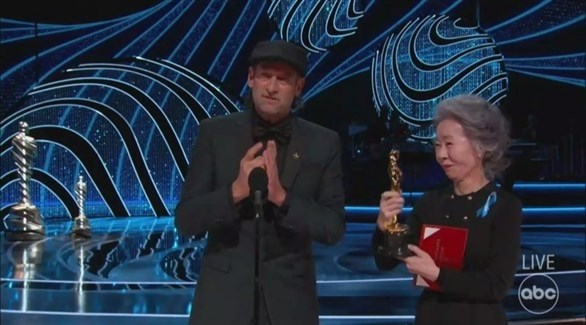 Pop star Beyoncé opened the event, organized by the Academy of Motion Picture Arts and Sciences.

In “Cuda,” an acronym for “Daughter of Deaf Adults,” Coster plays Frank Rossi, the father of a teenager who struggles to support his family’s fishing business while pursuing his own musical ambitions.

“It’s amazing to be here on this trip. I can’t believe I’m here,” Kotsur said in sign language as he accepted the award.

“I dedicate the award to the deaf community, the CUDA community, and the disabled community. This is our time,” she added.

The only other deaf person to win an Academy Award was Marley Matlin, who co-starred with Kotsur in Coda. She won the award for Best Actress in 1986.

DeBose won the Oscar for Best Supporting Actress for her performance as Anita in Steven Spielberg’s West Side Story.

DeBose, 31, a feature film newcomer, won widespread acclaim for her role as Anita, a Puerto Rican woman who showcases her singing and dancing talents in “America.”

Holding her gold statuette, the Afro-Latina actress asked the audience to imagine her as a girl sitting “in the back seat of a white Ford Focus.”

“You see a lesbian, a Latina lesbian who found her strength in life through art. And that’s what we’re here to celebrate,” she said.

“So, anyone who’s ever questioned who you are. Or finds yourself living in gray areas, I promise you this: There truly is a place for us,” he added, referring to a West Side Story song.

Deboss also thanked “divine muse” Rita Moreno, who won Best Supporting Actress in 1962 for her role as Anita in the original version of the film.

The three-hour film centers on a widowed actor-director, played by Hidetoshi Nishijima, who is forced to deal with demons beneath the seemingly perfect surface of his marriage after the death of his wife.

The film, directed by Ryosuke Hamaguchi, is based on a short story by Haruki Murakami.

Upon receiving the award, Hamaguchi thanked the film’s production companies for “bringing the film to the United States.”