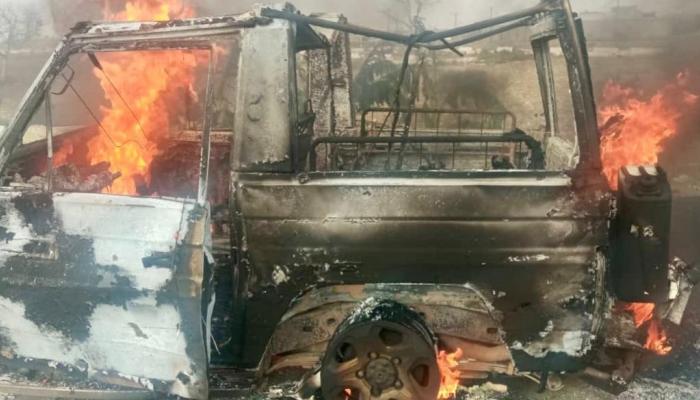 The Al-Ain News correspondent stated that the terrorist attack was aimed at killing a prominent security officer in his seat belt, but he survived the incident.

The explosion, followed by heavy gunfire, took place in the town of “Al-Khidr”, on the lifeline linking the towns of Jaar and Zanzibar; The most important cities of Abyan on the Arabian Sea.

An official security source told “Al-Ain News” that a car bomb driven by a suicide bomber targeted the convoy of the commander of the seat belt in Abyan Governorate, Brigadier General Abdul Latif Al-Sayed, causing dead and wounded among his companions.

Brigadier General Al-Sayyid is a senior security official; He led several security campaigns to hunt down al-Qaeda terrorist hideouts in their major strongholds in Abyan.

According to the security source, at least two people died and seven others were injured in an initial balance, between civilians and soldiers from the seat belt, who were part of a patrol that accompanied the security officer when the car bomb exploded.

In a brief statement, the Security Belt Forces in Abyan confirmed that their commander had survived the terrorist bombardment and noted that there were deaths and injuries as a result of the “treacherous terrorist operation”.

In his first statement after the terrorist attack on his convoy, the Abyan Security Belt commander assured everyone of their safety.

The security official vowed to continue fighting terrorism, emphasizing that terrorist operations will only increase the cohesion, strength, will and determination of his forces, to preserve the security and stability of the country and confront terrorism.

In recent years, the military and security headquarters has been the target of a series of attacks by the terrorist organization Al-Qaeda in the Arabian Peninsula, resulting in the deaths and injuries of dozens of civilians and soldiers belting in Abyan Governorate.

Cells of terrorist organizations, especially Houthi and Al-Qaeda groups, are taking refuge in Abyan for their terrorist operations against Yemeni state security services and institutions. Security forces seized many cells in qualitative operations, the latest of which was a Houthi cell at the end of last year.