Davis is close to returning to Bayern Munich 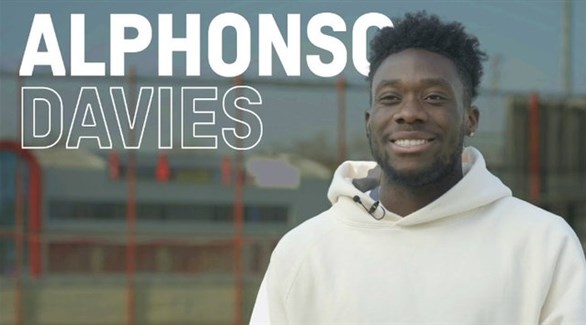 Canadian international winger Alfonso Davis stressed that he does not suffer from any heart problems and hopes to return to his team, Bayern Munich, next month, after fully recovering from the effects of his Corona virus infection.

The 21-year-old has been out of action since December after being diagnosed with myocarditis, before testing positive for coronavirus in January.

Bayern Munich quoted the Canadian star as saying: “I’m happy to be back, the rehabilitation is going well so far, I have no problems with my (heart) muscles and my heart, but I’m not 100% ready yet!”

“I’m happy to be able to train again, I’m ready to work,” he added.

Bayern coach Julian Nagelsmann expects Davis to be available to play the second leg of the Champions League quarterfinals at the Allianz Arena against Villarreal on April 12, after playing the first leg at the stadium in this last the fifth of the same.

“I’m doing the best I can, working closely with the medical department and rehab staff,” Davis said.

The Canadian set as his team’s goal the victory of the domestic league double, which Bayern leads by 6 points in their pursuit of Borussia Dortmund with 7 stages to end the season, and the Champions League, although he acknowledged that he found “the last four to eight weeks very boring and difficult mentally.

He revealed that he spent time “composing a lot of music” in the studio, spending time with family, and visiting his girlfriend, Jordyn Hetima, who plays for Paris Saint-Germain, France, but other than that, there’s nothing else to “look forward to.” . , wait wait…”.