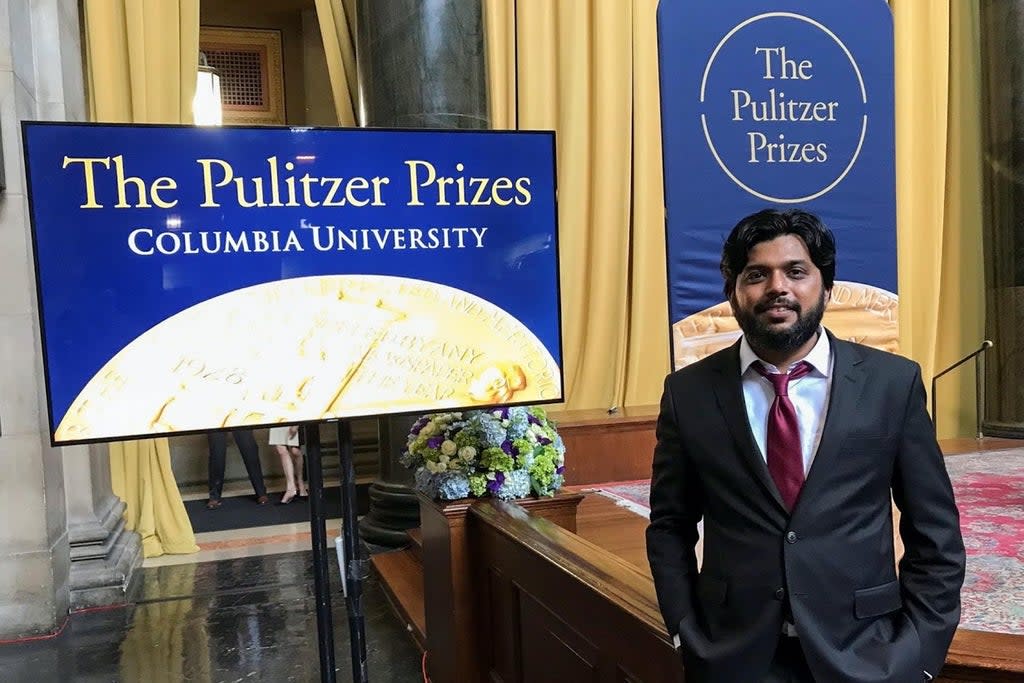 The family of Indian journalist Danish Siddiqui, who is believed to have been brutally tortured and killed by the Taliban while covering the armed conflict in Afghanistan in July last year, have approached the International Criminal Court (ICC) to request an investigation into the events surrounding his killing

The communication filed Tuesday at the ICC by lawyer Avi Singh on behalf of Siddiqui’s parents, Shahida and Mohammad Akhtar Siddiqui, alleges attack, torture and “unlawful killing” of the Reuters correspondent and Pulitzer Prize-winning journalist on July 16. of 2021 in the Spin. Boldak district of the Afghan province of Kandahar.

The family filed the complaint in the ongoing ICC investigation in the context of the “situation in the Islamic Republic of Afghanistan” to specifically analyze crimes against humanity, including “murder, severe physical deprivation of liberty, torture, causing willful great suffering, persecution and other inhumane acts,” allegedly committed between July 11 and 16 against the journalist by anti-government forces that identified themselves as Taliban.

In March 2020, the ICC appeals chamber decided to authorize an investigation into alleged heinous crimes committed in the context of the Afghan situation since July 1, 2002.

“We filed the petition for Danish’s murder to be investigated in that situation,” Singh said. “We have asked that not only the local commanders but also the leaders be investigated … and that measures be taken (against them), including arrest warrants,” he said.

“It is a long process, it is impossible to do an investigation in Afghanistan today, but there are precedents,” Singh said. “This does not mean that there can be no accountability.”

The complaint named several high-ranking Taliban commanders, including Afghanistan’s acting defense minister and the acting governor of Kandahar province, as the alleged perpetrators. He cited news sources to allege that Siddiqui was targeted for being Indian and a journalist.

On July 11, 2021, Siddiqui left for Kandahar and joined an Afghan Special Forces unit called into action after reports that a Taliban group was attempting to take control of Khan Baba’s village in Dand district. On the intervening night of July 12-13, Siddiqui accompanied his unit as they went on combat missions in Kandahar.

On July 13, his embedding unit was attacked with heavy weapons. The Humvee in which Siddiqui was traveling with other special forces personnel was hit by at least three rocket-propelled grenades, but the journalist narrowly escaped with his life.

On July 14, Taliban forces moved into Spin Boldak and Special Forces were called in to deal with the insurgency. The petition said that Reuters extended Siddiqui’s integration on July 15 and “after a brief 43-minute exchange of mail, Reuters management signed off on the decision to integrate Siddiqui for a midnight mission.”

He traveled with the Special Forces “despite the fact that this trip was very dangerous for him as an Indian whose visceral reporting of the resistance had earned him notoriety among the Taliban.”

Around 11 p.m. on July 15, Siddiqui set out on the mission to Spin Boldak wearing a bulletproof vest and Kevlar helmet. The front of his jacket had ‘PRESS’ spelled out in English along with Pashto and Dari translations. The convoy was attacked by Taliban forces around 7:30 a.m. on July 16, and Danish was injured in the crossfire. He took refuge in a nearby mosque where he was treated by a doctor and Major Sediq Karzai, a Special Forces officer.

While he was receiving medical attention, his unit was forced to withdraw, leaving him behind. When word spread that a journalist was in the mosque, the Taliban attacked and took Siddiqui into their custody after finding out his identity, according to media reports at the time. He was then reportedly tortured, killed and his body mutilated.

The petition alleged that Siddiqui’s murder was part of the Taliban’s “well-established practice of assassinating journalists.” After gaining control of Spin Boldak, the Taliban are said to have massacred at least 40 civilians as part of revenge killings, according to the complaint. The Taliban also attacked the mosque where Siddiqui had sought refuge and in doing so “attacked a place of worship that has traditionally been considered a place of refuge and asylum during conflicts”.

Siddiqui’s brother, Omar Siddiqui, said the independent Tuesday that her grieving parents have found it very difficult to move on over the past year.

“They are heartbroken. It is very difficult for them to move on. She has always gone to assignments, but this time she didn’t come back. They are dealing with all the memories of him: photographs, old WhatsApp messages and especially haunted by the way he was killed,” Siddiqui said.

The complaint stated “according to all independent accounts” that the Taliban “knowingly and intentionally” subjected Siddiqui to “humiliating and degrading treatment by removing his jacket and helmet, running him over with a vehicle and shooting him multiple times” despite his protection as a journalist. and civilians. He was also shot several times at close range.

“As a war correspondent, I was entitled to Prisoner of War status. He was completely unarmed. The Taliban were aware of his condition, from his attire, clear markings, and communication with him,” the complaint stated, citing various media reports to conclude that many of Siddiqui’s body injuries were ante-mortem. or inflicted before his death.

“This is not an isolated incident,” Singh said.

Siddiqui said the best thing the family can do now is wait for closure.

“We need to use whatever means we have to at least have a sense of closure so that we don’t regret 10 or 15 years from now that we didn’t do anything,” he said.

The ICC does not have its own police force or enforcement agency and relies on cooperation with countries around the world to receive support, make arrests, transfer arrested persons to the ICC detention center in The Hague, freeze assets and enforce sentences.

Siddiqui was part of a team that won the 2018 Pulitzer Prize for Feature Photography for its coverage of Rohingya refugees fleeing violence in Myanmar. The searing images of her also captured the pain and vulnerability of India’s struggle during the coronavirus pandemic.