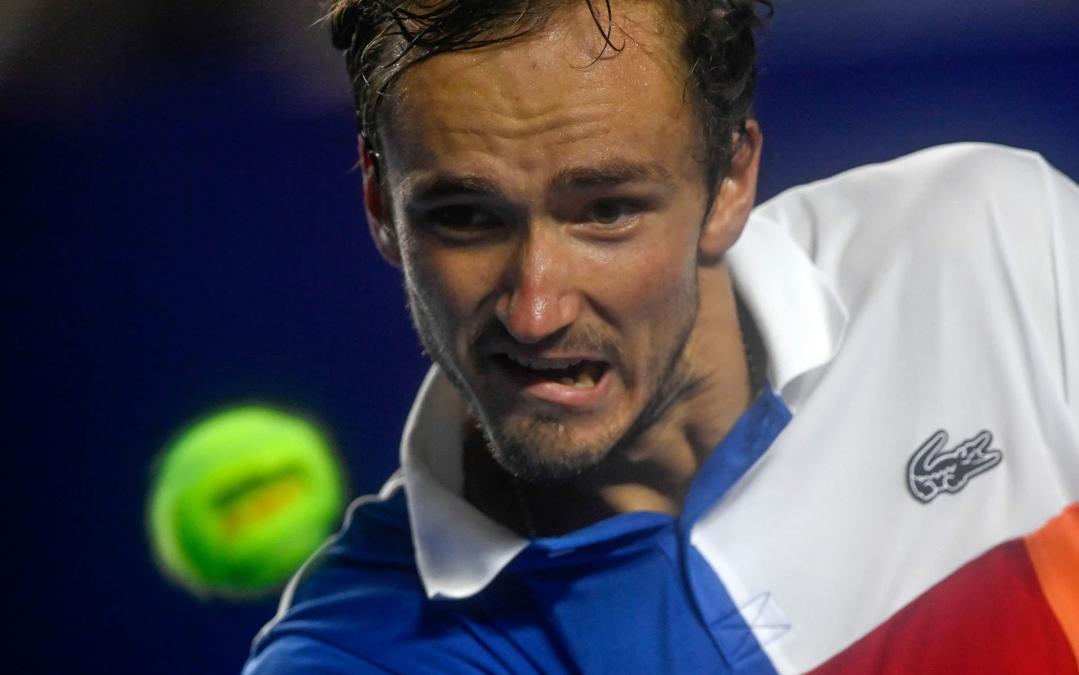 Daniil Medvedev and other Russian and Belarusian tennis players face a ban from Wimbledon unless they publicly denounce the invasion of Ukraine, the government has confirmed.

Sports Minister Nigel Huddleston revealed that “discussions” were taking place with the All England Club to prevent “Vladimir Putin supporters” from entering the sport’s biggest tournament.

He did so when news broke that Russia had lost the first round of their legal fight against their exile from world sport.

Unprecedented sporting sanctions have been imposed on Russia and Belarus for the invasion of Ukraine, including expulsion from the Davis Cup and the Fed Cup in tennis.

But so far individual players have been allowed to continue competing as neutrals, including world number one Medvedev.

Giving evidence to the Digital, Culture, Media and Sport select committee, Huddleston said: “It has to go beyond that. We need some potential guarantee that they are not supporters of Vladimir Putin and we are considering what requirements we may need to try to get some guarantees in that regard.”

Asked if Russian and Belarusian athletes who wanted to come to the UK would have to “report” Putin’s invasion, Huddleston said the details were still being discussed, including with other countries.

He added: “It would be better if we could decide on a broad global consensus on this.”

Medvedev removed the Russian flag from his Instagram account following the invasion and posted an impassioned call for world peace after replacing Novak Djokovic at the top of the men’s rankings.

But he may have to go further to play at Wimbledon, and Medvedev reckons the rules allowing him to play could change after he was eliminated from the BNP Paribas Open by the husband of Ukraine’s biggest tennis star.

“First of all, it’s definitely not up to me to decide,” he told Gaël Monfils, who recently married Elina Svitolina, after his departure.

“I follow the rules. I can not do anything else. Right now, the rule is that we can play under our neutral flag.”

World No. 6 Andrey Rublev has gone further than Medvedev in explicitly calling for an end to the war, while Russian women’s No. 1 Anastasia Pavlyuchenkova has been her country’s most outspoken player.

Pavlyuchenkova appeared to directly criticize Putin when she wrote on social media: “I am not afraid to clearly express my position. I am against war and violence.

“Personal ambitions or political motives cannot justify violence. This takes away the future not only from us, but also from our children.

“I am not a politician, nor a public figure, I have no experience in this. I can only publicly disagree with these decisions made and speak openly about it. Stop the violence, stop the war.”

Meanwhile, the appeal of the Russian Football Union against the exile of its world sport teams suffered a major setback on Tuesday after the Court of Arbitration for Sport (Cas) denied its request to suspend the ban imposed by UEFA. .

Cas said he was aiming to rule on a similar request over FIFA’s decision to pull Russia out of the World Cup by the end of the week.