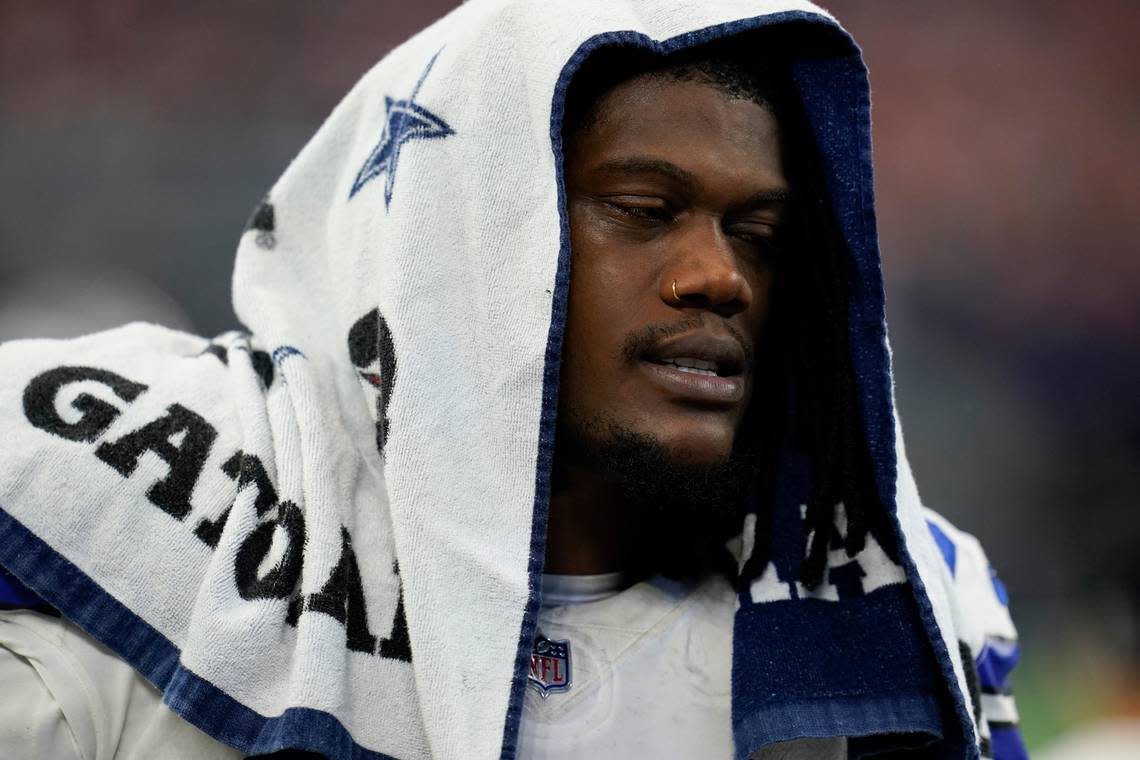 Jerry Jones is obviously disappointed that the Dallas Cowboys couldn’t keep defensive end Randy Gregory in free agency, especially considering how the team supported him through four suspensions since he was a second-round draft pick in 2015.

Gregory signed a five-year, $70 million contract with the Denver Broncos after initially agreeing to return to the Cowboys. But Jones has no regrets about what the team did for Gregory and only wishes him the best.

“Anything we’ve contributed to him sitting here and being able to do well, he’s ready for life,” Jones said. “Anything I contributed to makes me proud and it couldn’t have gone to a better person. I wish Randy, as much as I’ve wished a player who doesn’t play for the Cowboy, the best. We did our best: he got the best of me, I think we got the best of him. I’m proud of him.”

Since then, Gregory has criticized Jones and called the Cowboys’ fan base toxic.

Jones said he believes the best is yet to come for Gregory, who had a career-high six sacks last season. He had hoped his future would have been in Dallas and apparently it was after Jones got on the phone with him and apparently talked him out of accepting a deal with the Broncos by matching the same offer.

But the next day, Gregory objected to language the Cowboys had included in the contract that would cause him to lose his bonus and guarantees if he were fined by the NFL.

Gregory asked the Cowboys to remove the clause from the contract. Jones refused.

“I was literally on the phone with Randy and his agent, and I said ‘El Paso,’ that little town in West Texas,” Jones said. “I said ‘El Paso, thanks, but no thanks.’ And he said ‘I’m going to go ahead and get on the plane.’ So we could have done something there, and they asked me if we would, and I didn’t. And I didn’t do it of my own free will.”

Broncos coach Nathaniel Hackett wasn’t surprised by Gregory’s trade because he knows nothing is official until the deal is signed. He is happy to have Gregory on the field.

“I think he’s a top-tier player, a top-tier pass-rusher,” Hackett said. “I’m very excited to see him in a two-point position as much as possible and get off the ball. He is a great guy. Having gotten to know him, I’m excited about the man himself.”