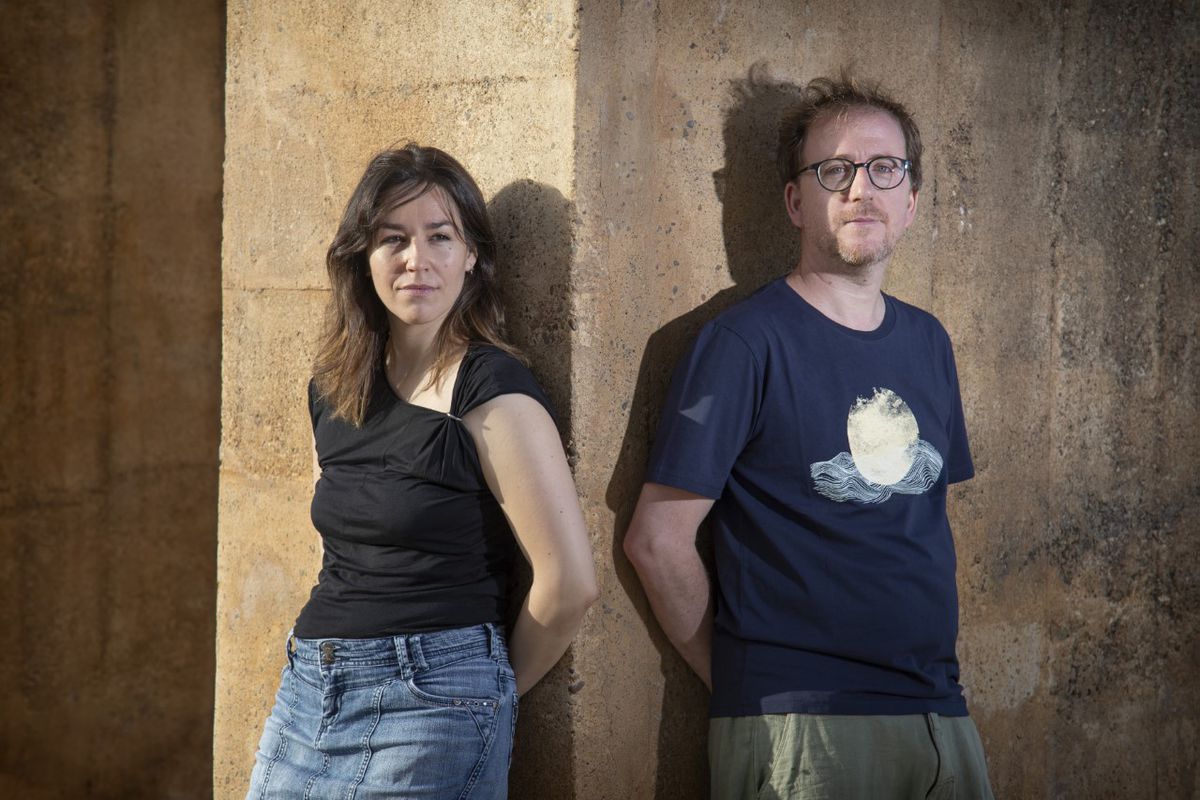 When the eldest daughter of Amaya García (Barcelona, ​​​​34 years old) and Alberto Mínguez (Seville, 43 years old), nine years old, asked her parents to read her an astronaut novel, they found no stories on the subject starring children and suitable for the same audience. They found educational texts that explained concepts such as the solar system to youngsters and other adult science fiction books such as The Martian by Andy Weir and Contact by Karl Sagan. His kids liked those stories, but it wasn’t exactly what they wanted. So the lightbulb went on for the parents: They would write an astronaut novel with a group of children as the main characters. The result was Twelve Suns: I Enceladus (Edebe)the first in a trilogy that is essentially a family project.

Both García and Mínguez are early novelists, but she, who studied contemporary dance and humanities at Carlos III University and has a PhD in history of science from the Autonomous University of Barcelona, ​​comes from an environment where letters were cultivated. “My father was a writer and my mother was an editor, so I wrote a lot as a kid. When I left home at 18, there was a writing divorce, but while working on my thesis, I realized I felt a pull to this world that I couldn’t ignore,” he explains via video call. On the other hand, Mínguez is a professor of algebra and number theory at the University of Vienna and editor of the magazine monthly magazines. With their high level of education and their respective knowledge, the pair have managed to create a story in which scientific rigor is balanced with fun.

In order to achieve their goals in terms of story direction, both had to get used to giving. “When we started, the idea was that Amaya would do the writing and I would do the science, but little by little we started discussing everything. In my world, teamwork is done through collaborations, where one knows more about one thing and the others about another. But you start talking, and while you’re talking, new things come up that neither I nor the other person can do,” says Mínguez. For a creative mind like Garcia’s, it can be tiring to cling to a meticulous realism about science, but he thinks they made it work in a children’s story. “The first book takes place 100% in space, in a very claustrophobic narrative setting for me, the reader and the protagonists. However, it was natural to find that fun because space is fascinating. In the spaceship, we won’t have ghosts or talking images, but we’ll find other things quickly,” he says.

In the novel, the different types of gravity, 3D printing technology, and artificial intelligence are some of the elements the authors play with to make the story highly entertaining. All of this is confirmed by the narrative of its protagonist Sol Sierra, a girl trapped along with 11 boys her age in a space shuttle that takes off ahead of its time, to the horror and dismay of everyone. Unlike her peers from different countries, the girl does not have so much knowledge and education in space. However, it does have a curious look that serves to introduce young readers to a number of concepts that, like Sol, they probably aren’t very familiar with.

As Mínguez explains, another goal of the author couple was to stimulate children’s curiosity about science and space. “When I was young I saw Indiana Jones and wanted to be an archaeologist. And reading historical novels makes you want more. We wanted to create this effect with our novel,” says the professor. On the other hand, both agreed that the best thing for their work was to avoid certain phrases and clichés that recur in children’s and young adult literature. One of the most annoying for García is the “terrible villain and the fight of good against evil”, which often remains in a “Manichaean and unnuanced” frame. Mínguez adds that little ones’ ability to read is underestimated. “Most novels written for 12-year-olds tend to have three-page chapters with large print and pictures. I have the impression that children are ready for more, although there isn’t much on offer,” he argues.

However, the litmus test of whether parents have achieved their goals is posed by the most important readers: their children. Luckily for the three little ones in the house of García and Mínguez, aged nine, seven and six, the first volume of the trilogy was everything they wanted and more. Mínguez describes the scene in his house well: “The middle one made a whole collection of Lego constructions with things that appear in our story. The house is full of drawings by Twelve Suns“. They liked it so much that, as García says, the future of the storyline has become a tug-of-war with them. “At a dramatic point in the second book, they complained and said, ‘Daddy, Mommy, don’t do this to us, we don’t agree.’ We have to negotiate with them so that they understand that not everything can be simple and beautiful,” he explains. Despite the reluctance, the children get away with it from time to time and hear an “okay, I hear you” from their parents’ lips.