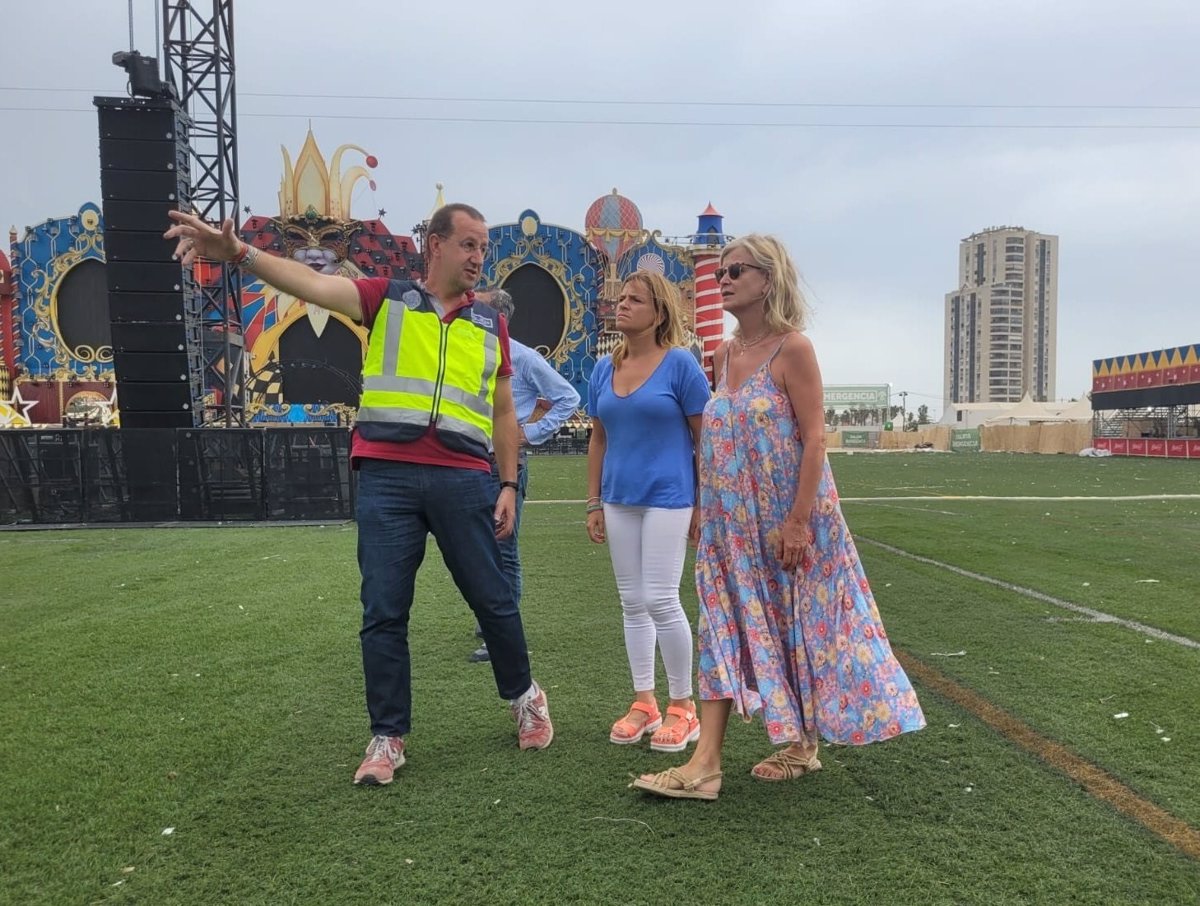 The Mayor of Cullera (Valencia), Jordi Mayor, assured this Saturday that the Medusa Festival has “all the legal and administrative authorizations and guarantees”, being a “very strict and scrupulous” administration indicated that it will be the settlement of the findings of the open investigation following the death of a young man and the provision of assistance to 40 people when part of the scene collapsed from strong wind gusts at dawn.

The city’s first mayor, who has ordered two days of mourning for the 22-year-old’s death, has addressed the city’s media in a thoughtful manner when asked if the event’s suspension comes before Aemet’s warnings about the heat and wind wave.

“We reiterate that there is an investigation and that the authorization granted by the City Council is fully in accordance with the law,” stressed the mayor, who, on behalf of the city and the entire Valencian Community, indicated that now is the “maximum concern ” the condition of the wounded and the support and affection for the victims and family of the deceased.

For her part, the Minister of Justice and Home Affairs, Gabriela Bravo, who traveled to Cullera, pointed out that the Generalitat has no powers to issue permits, but that the work of her department is limited to ensuring the correctness of the security plan , as well as the evacuation plan that Capacity and that everything related to the security and emergency part is met and in that sense it is the assigned police and technicians who do the assessments.

In this line he has stated that any questions that may arise regarding the situation, the stability of the structure and the scenario must comply with the judicial investigation.

In this regard, he recalled that the “President” of the Generalitat, Ximo Puig, had convened a coordination meeting this Friday to tackle the heat wave and adopted a series of restrictive measures that have been communicated to the population and city councils. In any case, it has pointed out that the state meteorological agency has carried forward forecasts of high temperatures and risks of possible gale force winds in some areas, but that they have pointed more towards the interior of the province, while warnings of heat have been issued on the coast.

Bravo, speaking on behalf of the entire Consell, has lamented the “horrible tragedy” and shown his support for the young man’s family and the hospital patients, four of whom have broken bones. The most serious is a 19-year-old girl who was admitted to the intensive care unit at La Ribera Hospital and suffered a fractured spine. Health Minister Miguel Mínguez visited the center to get first-hand information on the situation of the injured.

“We will provide all the necessary support to the family of the deceased, from psychological support to all the support they need for the transfer, their stay in the Valencian community and of course all our solidarity for this terrible misfortune,” he told Bravo .

DEPARTURE OF THE CAMPER

For his part, the government delegate, Pilar Bernabé, has indicated that members of the Guardia Civil will work for two days in coordination with the organization to help all those who remain on the site and favor the exit.

Referring to whether there have been discussions between administrations about the possibility of suspending the event based on the Aemet’s forecasts, he has indicated that the mayor has explained how the activity authorization process works and therefore “now at this point the The only thing administrations can do is work, make themselves available to the judicial authority to provide all the information they need.

According to Meteocullera, a “warm blowout” with wind gusts of between 50 and 70 kilometers per hour was recorded in the city early in the morning, during which the temperature rose from 29 to 30 degrees “in a few minutes” to 38.8, accompanied by a “significant Decrease” in relative humidity, which was below 20% at 4:12 a.m., specifically 17.8%.

Previous articleAt least 13 injured in multiple hit-and-run in Pennsylvania, USA
Next articleThe families of miners trapped in Mexico are appealing for international help amid the ‘desperation’ of the rescue