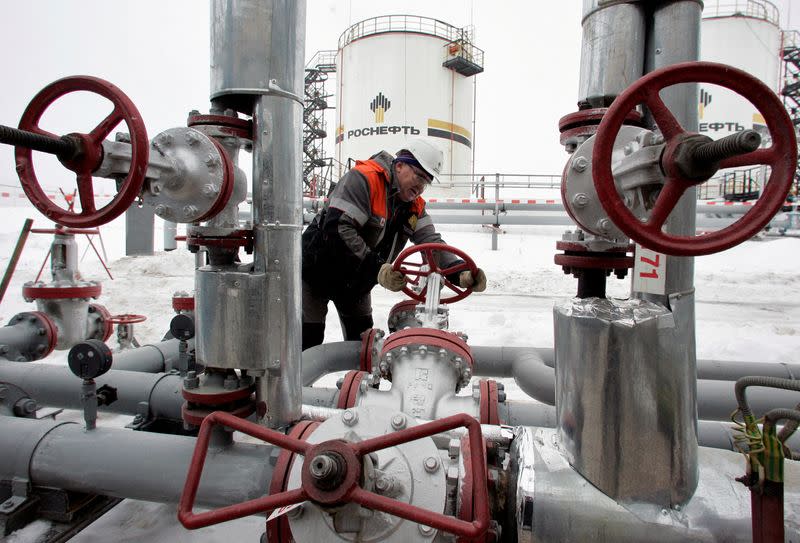 LONDON, March 14 (Reuters) – Oil prices sank as much as $5 a barrel on Monday as investors pinned their hopes on diplomatic efforts by Ukraine and Russia to end their conflict, while a surge in COVID-19 cases in China are nerve-wracking for trade.

* Both contracts have soared since the Russian invasion of Ukraine on February 24 and are up about 40% year-to-date.

* Ukrainian and Russian negotiators are scheduled to speak again on Monday by video conference. The sides issued their most optimistic impressions since the war began after negotiations over the weekend, suggesting positive results could be forthcoming within days.

* “In addition to the new talks between Ukraine and Russia, I suppose that the new quarantines and restrictions in China are the reason for a negative start to the week for crude,” said UBS analyst Giovanni Staunovo.

* China, the world’s largest crude oil importer and second-largest consumer after the United States, is seeing a sharp rise in symptomatic COVID-19 cases as the highly transmissible VARIANT omicron spreads to more cities, triggering outbreaks from Shanghai to Shenzhen.

* “This week, market participants are closely following developments in Russian oil exports. So far this month, oil flows have not been interrupted,” Staunovo added.

* Russian production of oil and gas condensate rose to 11.12 million barrels per day (bpd) so far in March, two sources familiar with the output data told Reuters, despite sanctions on crude from Russia.

* The United States announced a ban on Russian oil imports and Britain said it would phase them out until the end of the year. Russia is the world’s largest exporter of crude oil and oil products combined, shipping about 7 million barrels a day or 7% of global supplies.