Cross yourself before you start 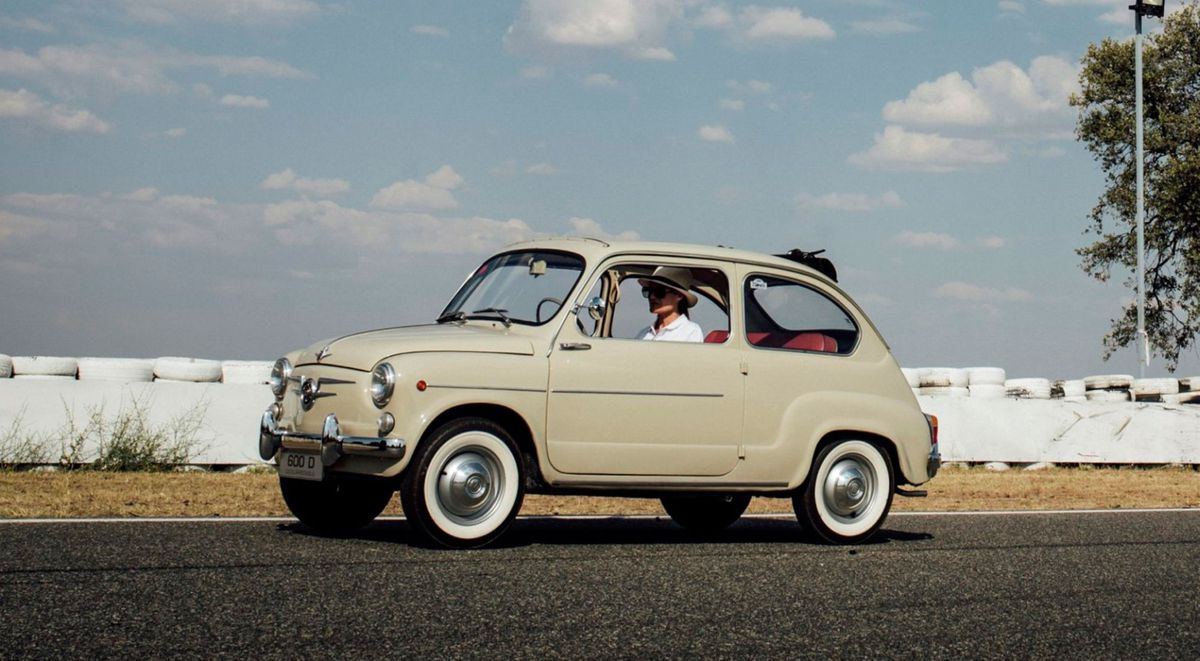 Mounted on the Seat 600, the Spanish middle class entered society at the end of the 50s of the last century. The memory of this car is still a trigger for the collective unconscious in this country. It was the first sign that the Franco regime had already entered the rebate period. Getting around, traveling independently of train schedules or bus routes, was already the small conquest of an irreversible freedom, with your hands on the wheel.

Miguel was still a minor when this Seat 600 arrived at his home. I couldn’t drive it. He was only allowed to pet the veneer as if it were a pet. Suddenly the whole family, parents, brothers and uncles developed a unified feeling for this tan utility vehicle that burst into their lives. It had cost 65,000 pesetas. Miguel remembered the first ride in this Seat 600. Driven by his older brother, he took him with some friends to the beach of Benicàssim villas one Sunday. it sounded on the radio honeymoon by Gloria Lasso. They left the car in the shade of the palm trees and it was immediately surrounded by foreign tourists, local bathers sniffing it through the windows. Everywhere this car aroused curiosity and a certain admiration, which one also participated in when, after swimming, one suddenly pushed through the crowd of onlookers, got into the car, lit a Camel cigarette, you took a drag and started. The eyes followed you until you were lost.

The Spanish middle-class family based in Madrid or Barcelona used to inaugurate the 600 with a first exit to the airport so the children could see planes taking off and landing. Sitting on a terrace in Barajas or El Prat, they spent the afternoon with Horchata and watched the Iberia four-engines roll down the track. “Next Sunday we’re going to the mountains or to the Costa Brava,” said the father of the family, to the delight of the relatives. The grandmother promised to make a potato omelette, the mother bought folding chairs from El Corte Inglés, the kids took the ball and the teenage daughter took care of the car wash after dinner while the father slept in the afternoons under the shade of the pines. Space began to expand in the minds of the Spaniards and on the horizon were the sea, the mountains, the cities, the towns. Paris, Rome, Lisbon. There were no longer any limits, but the immediate temptation of the Seat 600 was Benidorm.

Although he was never allowed to drive it, Miguel drove this first family car together with some indelible sensations: to the high school, to the frog jump in El Cordobés, to the chickens eastward; to the songs of the Platers and Paul Anka; to the gates of Di Stéfano; the figure of a blond prince with a high neck and long legs, who rose in the shadow of the dictator, who was said to be very snooty and often used only his hands to bang his nose on windows and split bricks with karate punches; to the picture that had appeared in the newspaper of Franco and Ullastres, both with their hands on their behinds, walking through the gardens of El Pardo. Apparently, the trade minister explained to the caudillo that the currency was not a symbol of the country, but a value subject to the laws of supply and demand in the international market, and encouraged him to devalue the peseta in order to free the economy from the self-sufficiency that had the turned imperial dream into a sardine. Franco was run over by the Seat 600 in an accident from which he never recovered.

Back then, it was said that Barcelona was something different, more European, albeit the building block of the future Gauche divine they still ordered cacaolat in the bars; in Madrid had just opened one business Cowgirl and there was Ava Gardner, but orthotics, jockstraps and enemas were still on display in Galdosian windows, and some grocery stores had pans of fried birds and a honey-coated ribbon full of flies.

The Seat 600 was followed by the Dauphine and that by the Gordini, but Miguel would have given anything to have a Triumph or a Bugatti convertible to honk happily and carefree like in the movies Il Sorpasso, but unfortunately, Miguel was not Jean-Louis Trintignant, much less Vittorio Gassman. Spain wasn’t Italy either. And of course he would never admit that that Seat 600 that came into the house one day in May 1958 was blessed with several spritzes of hyssop by a priest friend of the family and every time it took a ride, even if it was just one few kilometers, his mother told the driver to cross himself and say an Our Father to the Guardian Angel so that he would lead him on the road.

- Advertisement -
Share
Facebook
Twitter
Pinterest
WhatsApp
Previous articleMore than 6.5 million Andalusians will be able to vote in regional elections, 1.5% more than in 2018
Next articleA lot of young people who don’t believe in the system anymore