Criticism of partial vaccination shortly before it begins 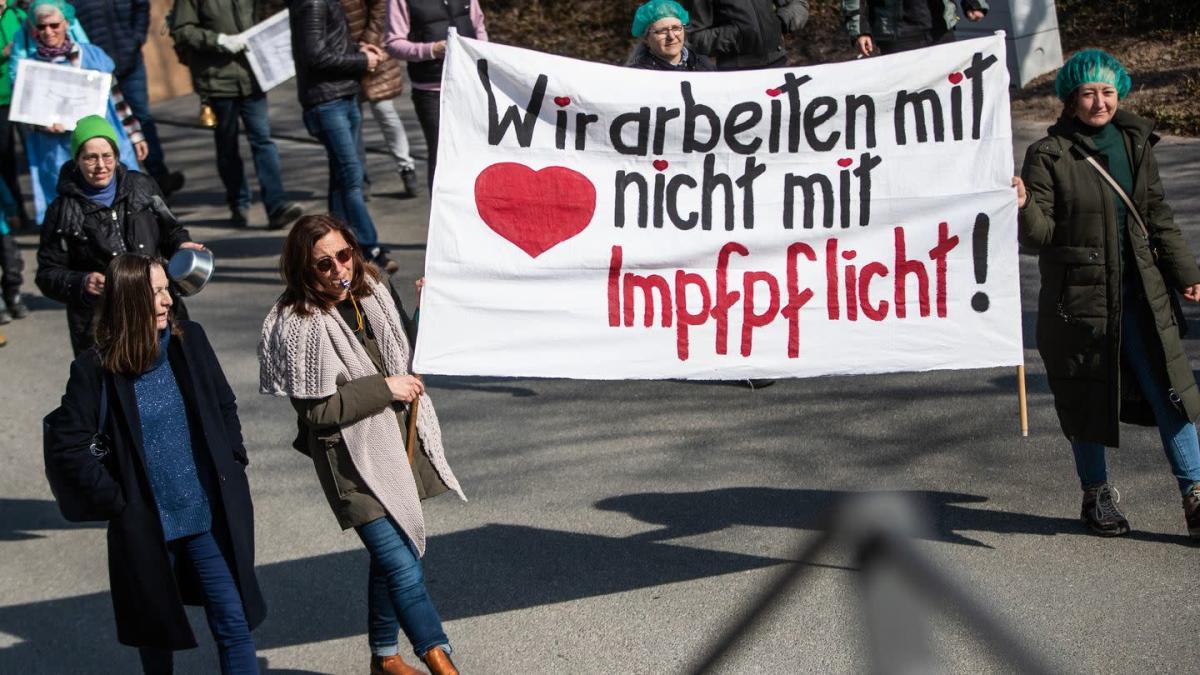 Immediately before they start, the corona vaccination requirement for nursing and health staff in Germany is once again the focus of criticism.

The German Foundation for Patient Protection warned that the pandemic in the elderly and nursing care would not be controllable with this mandatory vaccination. The Federal Association of Private Providers of Social Services (BPA) warned of supply bottlenecks. Starting Wednesday, the so-called facility-related vaccination requirement for health and nursing staff will apply, and health authorities can then draw labor consequences at these facilities.

Employees of health and care centers can officially prove their vaccination or recovery from corona until this Tuesday, or present a certificate that they cannot be vaccinated. The obligation to vaccinate also applies to volunteers and interns, artisans and hairdressers who regularly work in the institutions. On the other hand, postmen or parcel deliverers and artisans who only come for one-off orders are not included.

The president of the German Foundation for Patient Protection, Eugen Brysch, called for more measures to be taken to protect nursing homes. He pointed out that current vaccines could hardly stop the spread of the current corona variant. “So it’s still a dangerous game with life and limb as long as infected and uninfected residents have to share a room.” This is currently happening all the time. “It would be necessary to strictly separate infected and uninfected people from each other. That’s practically not possible in a nursing home,” Brysch said.

Local alternative accommodations such as hospitals, rehabilitation facilities or hotels are needed, Brysch said. A legal basis is needed for such a procedure, which is necessary in the short term. Instead, the obligation to vaccinate facilities threatens to exacerbate staffing shortages in sensitive areas.

The president of the Federal Association of Private Social Service Providers, Bernd Meurer, told the editorial network Germany (RND) that his association was very concerned because there was a risk of supply shortages if there were nationwide entry bans for staff. not vaccinated. “There will be nursing homes that will no longer be able to care for their residents.” After all, there is already a huge shortage of skilled workers.

In the debate on future corona protection measures, the Conference of Ministers of Education (KMK) calls for improvements for schools. Federal states should also be able to mandate a mask requirement at lessons after March 20 if necessary, Schleswig-Holstein Education Minister Karin Prien (CDU) told newspapers from the Funke media group. In accordance with the will of the federal states, all restrictions in schools must be lifted by May at the latest, in particular the obligation to wear masks and carry out tests without cause. For the time being, however, regulation at the national level is necessary for basic protection, “which also makes it possible to have masks and tests as tools available if necessary.”

According to a draft of the traffic light government, as of March 20, masks will only be mandatory in nursing homes, clinics and on local and long-distance public transport. If the corona situation worsens regionally, the federal states can also introduce stricter rules, such as far-reaching mask requirements, by parliamentary decision. On Wednesday, the Bundestag will discuss for the first time a draft presented by Health Minister Karl Lauterbach (SPD) and Justice Minister Marco Buschmann (FDP). This implies a new legal basis for the restrictions when the current one expires.

The National Association of Statutory Health Insurance Physicians (KBV) warns against refraining from planned relaxation. “Citizens must be able to trust the promises made by politicians,” said KBV chief Andreas Gassen of the “Rheinische Post.” In addition, the planned regulation of hotspots could represent a viable compromise. “In this way, most of the corona rules can be lifted nationwide, but at the same time there is the possibility that the federal states, for example, in the event of a sharp increase in the number of infections, will revert to introduce necessary measures such as wearing a mask or testing on a limited basis.

Video: This is how compulsory vaccination in nursing works